I am happy that 2018 is coming to a close, I really am.  It has been such a strange year and I remain hopeful that 2019 will be better, but I am also very grateful for every single day and every breath I take.  Here is what 2018 looked like for me. 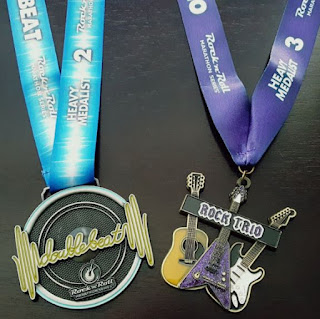 So as 2018 closes (finally) and the door to 2019 opens I look forward to working on the goals above, going on at least one mother-daughter race-cation, and celebrating the 10-year anniversary of my first half marathon (I know - it's crazy to think about).

Have a Happy and Safe New Year!