It's time for vacation and Disneyland!!!

I will be heading to California via Oregon for a vacation culminating in the Dumbo Double Dare at Disneyland.  I won't be posting to my blog until after race weekend, so be sure to check my Facebook page for pictures and other updates.  Good luck to everyone running at Disneyland and in other races this weekend and Labor Day Weekend.  Stay hydrated and enjoy the run!!!

https://www.facebook.com/willrunforamedal
Posted by Bree at 9:41 PM No comments:

Happy Medal Monday!  Today I am shining the spotlight on Stephanie.  She blogs at Steph Plus 4.

Pictured above is Stephanie's favorite medal from the 2014 Cleveland Marathon.  It is her favorite medal because it represents a new PR, beating her previous time by 14 minutes when her goal was to beat it by only 10 minutes. She ran the race with her boyfriend (pictured above) and it was his first marathon and they trained and ran the entire race together.  Stephanie was also an official blogger for the marathon, so she had the opportunity to chronicle the entire journey from Day 1 of training to the finish line.  Stephanie is from Cleveland, so she was proud to support this race.

Do you have a favorite medal?  Email me the details at willrunforamedal@gmail.com

On a warm and misty Saturday morning, hundreds of divas and little princesses descended upon Forest Park to run the Diva Dash 5k and Lil' Princess kids run.  The race, managed by the Kansas City Running Company, takes place in other Midwestern cities like Tulsa, Des Moines, Omaha, Wichita, Nixa, Manhattan, and Kansas City.  I heard about this race through other bloggers before I realized that the KC Running Company also manages the Rock the Parkway Half Marathon, which I ran in Kansas City earlier this year.

I had picked up my packet on Friday night at Big River Running Company, but race day packet pick-up was also available.  Parking was adjacent to the start/finish line and the porta-potties, which was very convenient, especially since this was a very family-friendly race.  In addition to packet pick-up there was also free face painting, several vendors, and a photo area with props for pre and post-race photos.  Throughout the morning, girl-power themed music played in the background.

This race had a unique theme that the participants seemed to thoroughly enjoy.  There were also many groups of women, which shows that it is a great race to enter with your friends, co-workers, or family members.  At the finish line, the crowd was constantly cheering on women as they finished, even if they didn't know the runner.  It was a very inspiring and positive environment, and I was happy to be a part of it!  I ended up sending my cousin pictures of the race to encourage her and her daughter to participate with me next year.  I think I have her convinced because she was already asking for the 2015 date.  After all, what woman doesn't want to get a medal and a cute t-shirt just for being a Diva for a few hours?

On a side note, it looks like the St. Louis area will be seeing more of the KC Running Company and it looks like I will be too.  At packet pick-up, we received a flier for the Mustache Dash 5k.  I thought this race was only occurring in Kansas City, but apparently it is coming to St. Louis this fall too.  When I pulled the flier out of the envelope, my boyfriend immediately grabbed it from my hands.  When he saw the date he looked it up to make sure that it was on a Saturday (he works Sundays), and then immediately expressed interest.  Thanks KC Running Company for a memorable race, and I am looking forward to the next one!
Posted by Bree at 9:56 PM 3 comments:

Are you a "Zen Runner" too?

I just received my September Runner's World magazine, and as I was reading the "Ask Miles" section, I learned something new about myself.  If you have the September edition, please turn to page 18.  Read the 2nd entry in the "Ask Miles" section.  If you don't have a copy, here is a summary of the question and answer.  A runner comments on how other runners are always asking what his race times are, and he just enjoys the journey during a race rather than being concerned about his completion time.  He is wondering how he can explain his approach to competitive runners. 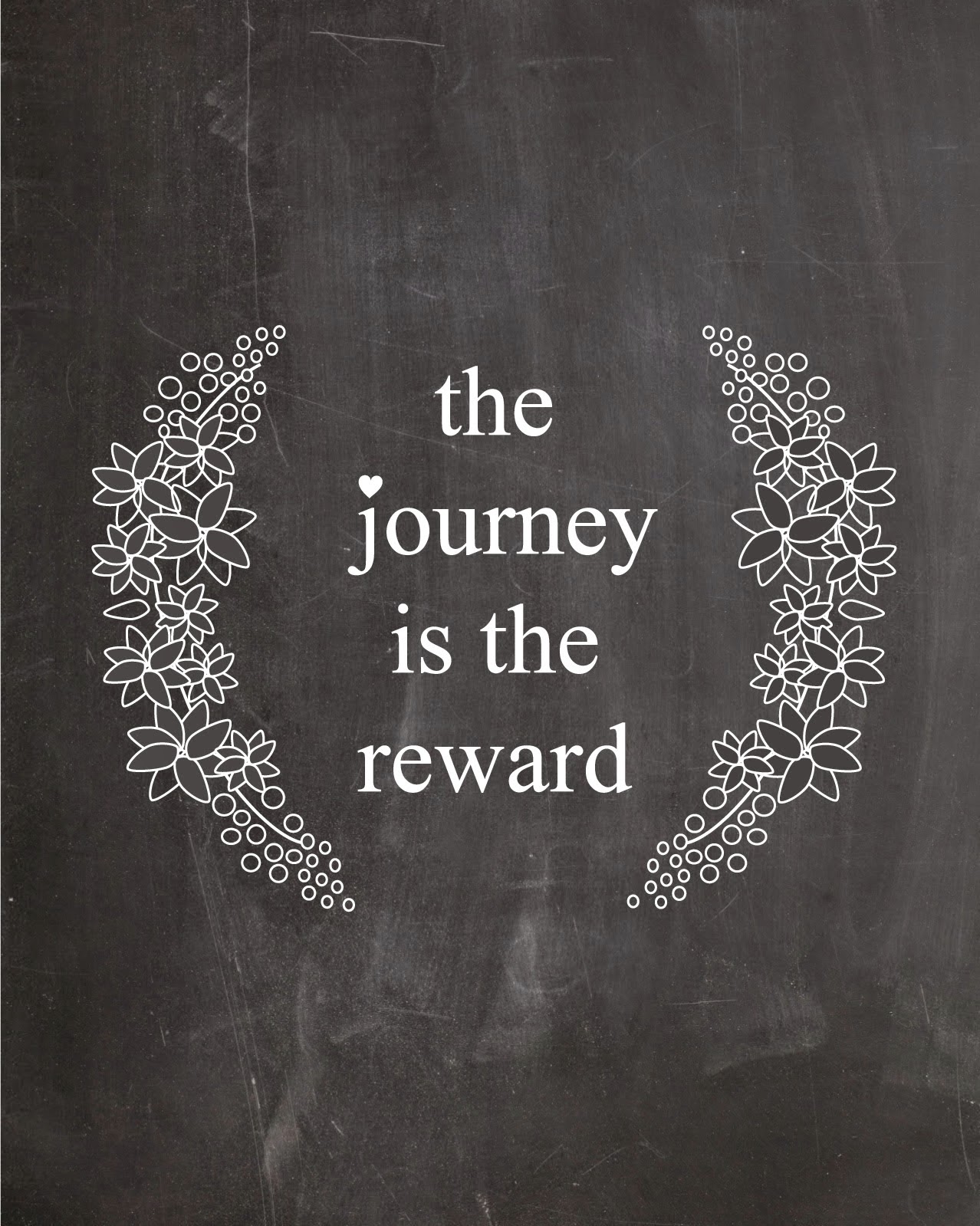 When I read this, something clicked.  I immediately knew that I was a Zen Runner too, I just never knew how to describe it or what to call it.  I have a certain time range that I want to stay in and as long as I finish within that range, I am happy.  I don't want to become one of those runners that is disappointed at the finish line because they didn't make their goal time.  I understand what it is like to train for a specific finish time and then feeling a sense of disappointment when I finished AFTER that goal time.  I also know the feeling of finishing faster than I anticipated.  But I still NEVER want to be disappointed at the finish line because for me, it is about the journey.  It is about being part of something, being surrounded by other runners all heading in the same direction and all being active.  I love the sound of their feet hitting the pavement around me, and I am often tempted to close my eyes and just let my legs carry me to the finish line.  I also love documenting the experience by taking pictures because I want to remember each race for its unique course and swag.   No matter what the finish time, it is an accomplishment just to finish, and even just to start.

Happy Medal Monday!  Today I am shining the spotlight on Esther.  Esther's favorite medal is from her first half marathon in 2009.  For her, this medal meant that she finally had freedom from an eating disorder that held her hostage for 20 years. 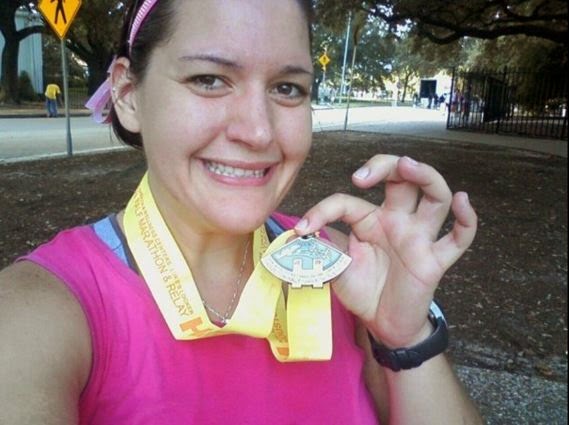 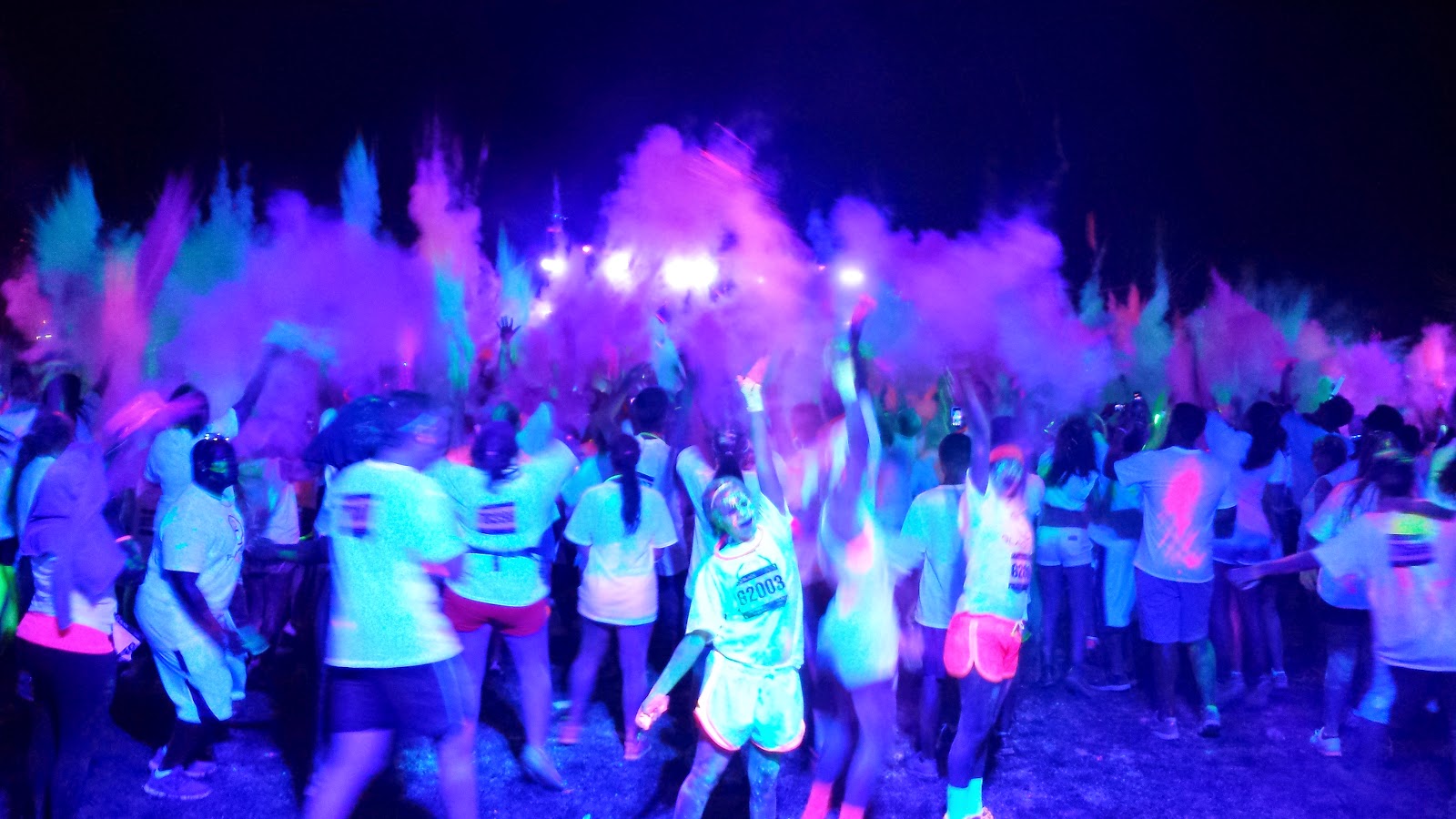 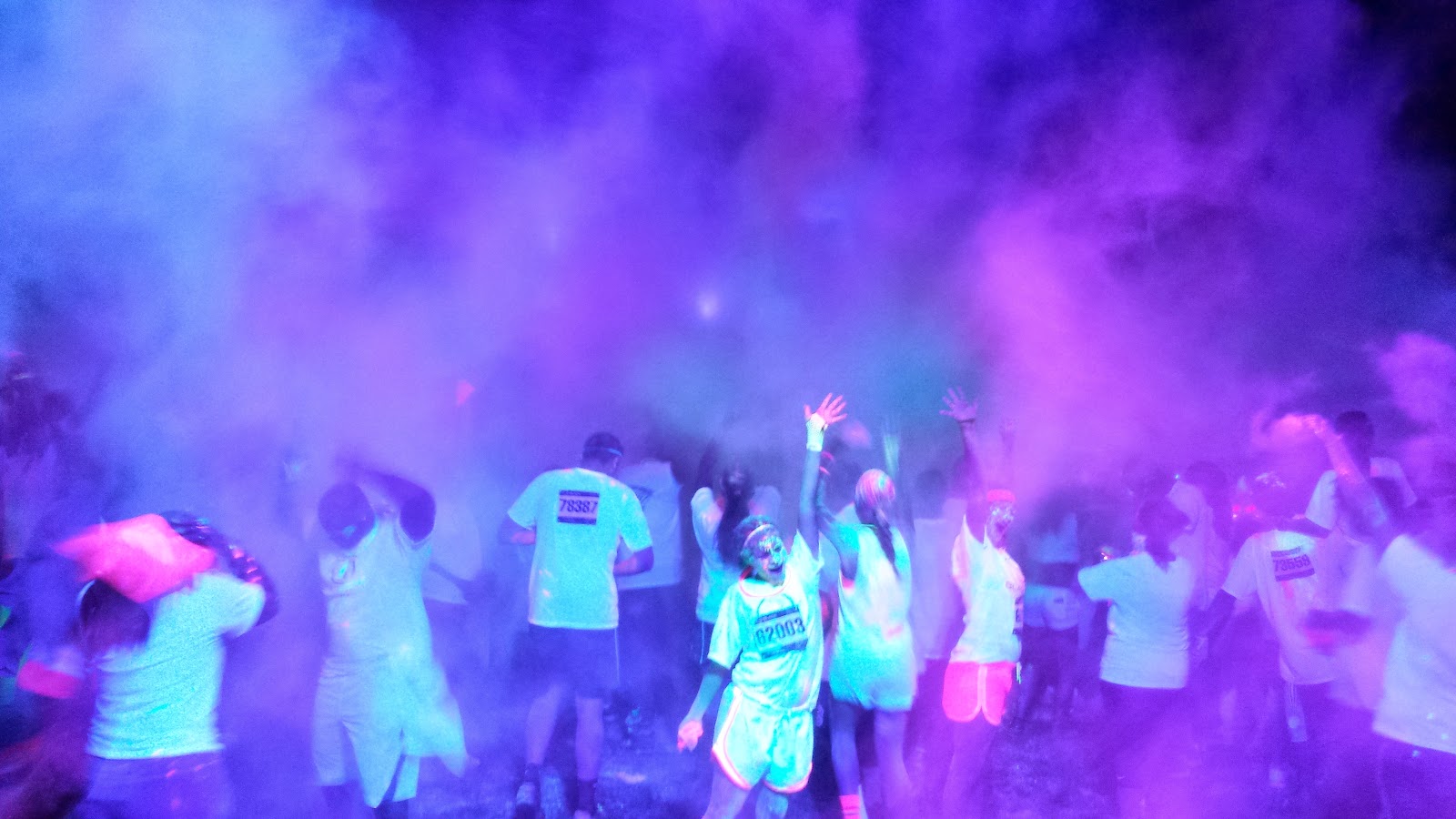 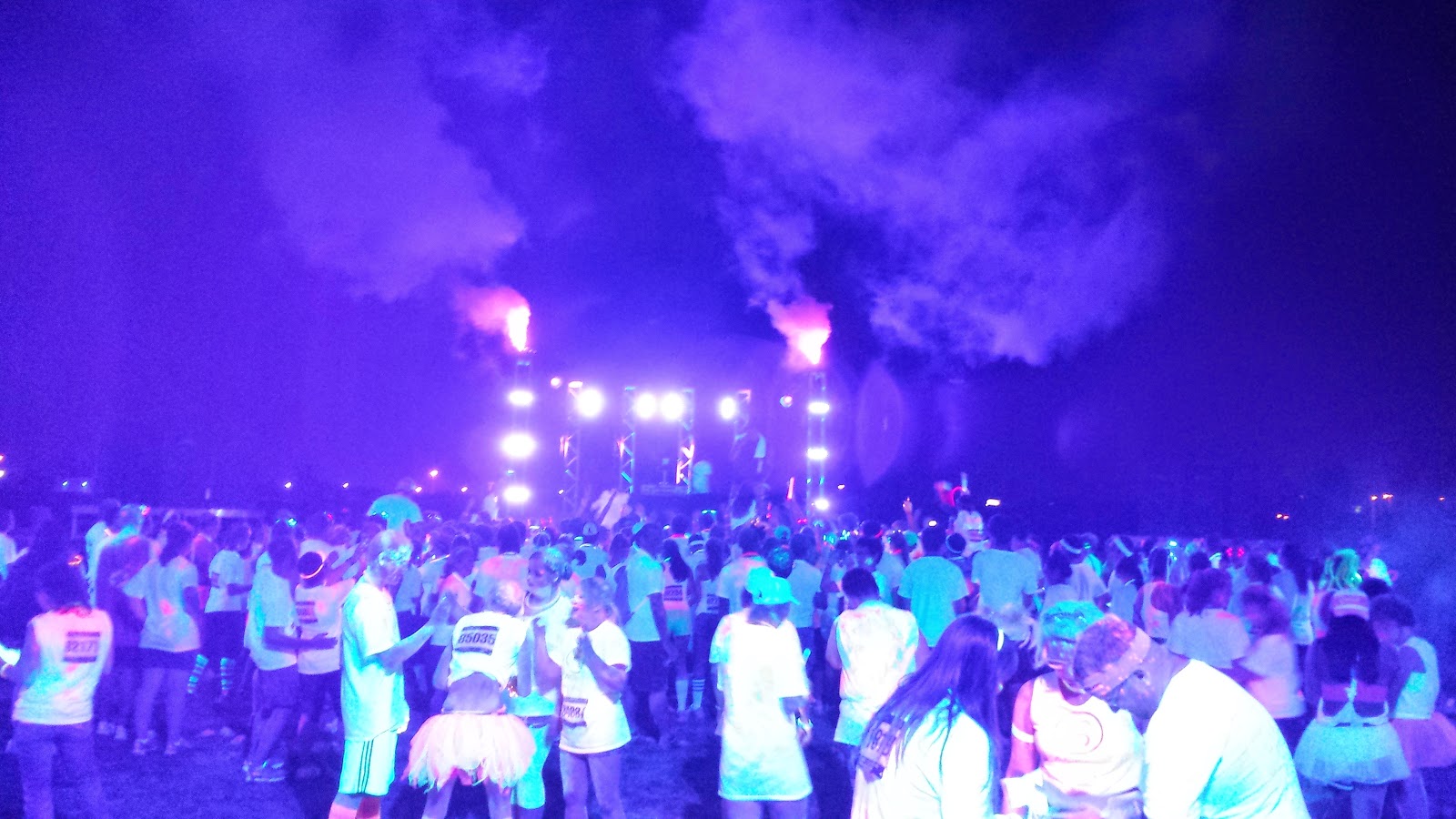