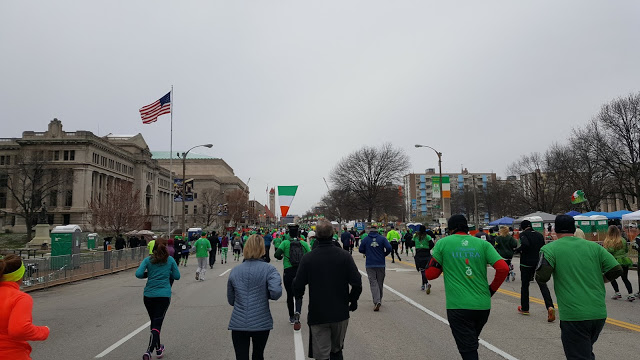 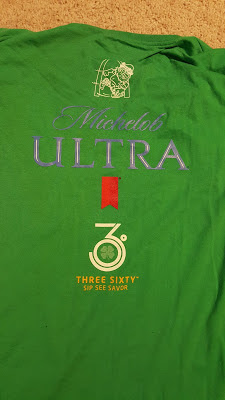 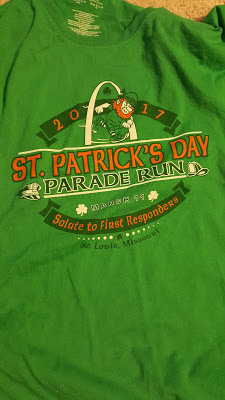 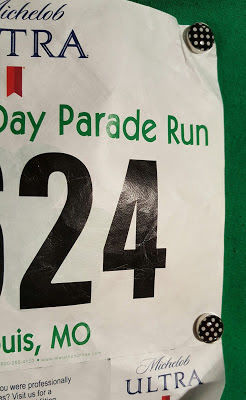 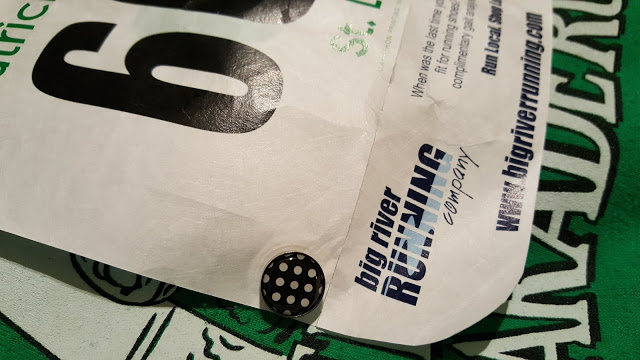 I installed a different kind of running app before the end of 2016, and I finally wanted to share information about it with you.

Of all the fitness apps I use, this one is the most inspirational.  I may not check it everyday but when I do, I always get a little mood boost and motivation.  The app is called RunPhilosophy and you can click here to learn more about it from the Google App Store.  Each day you will get three new running-related quotes and so far, I have not noticed any quotes being repeated.  Since December, I have been saving screen shots of some of my favorites and I have included them below.  I hope that you will give this FREE app a try if you are like me and sometimes need a little motivation before, during, or after your run. 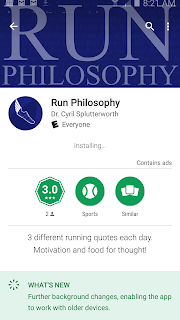 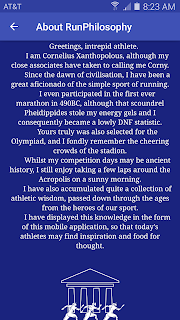 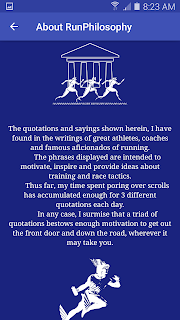 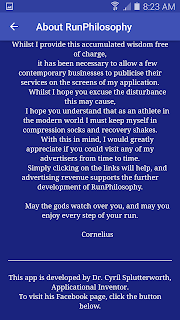 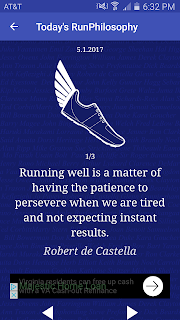 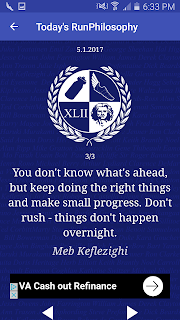 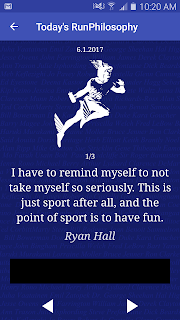 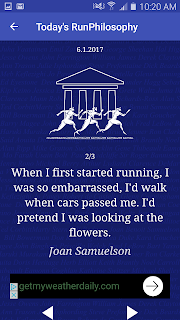 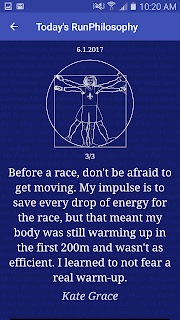 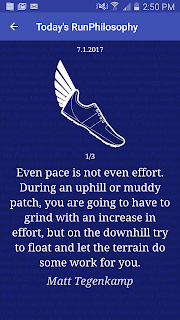 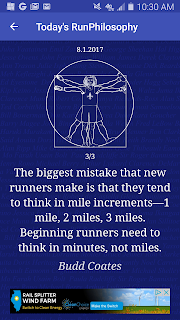 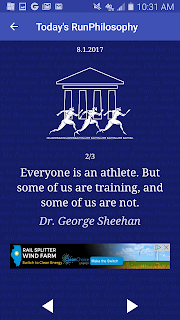 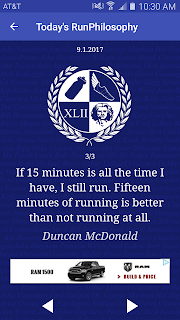 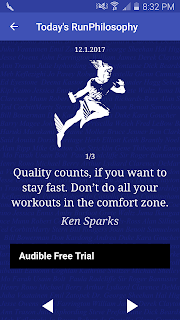 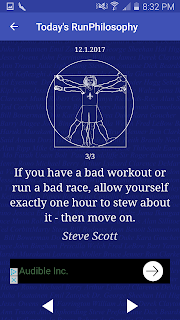 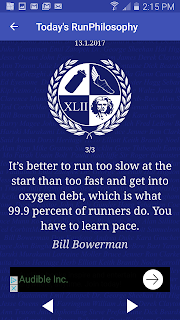 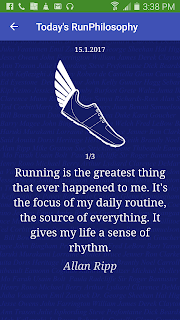 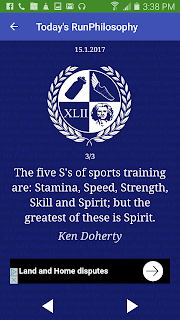 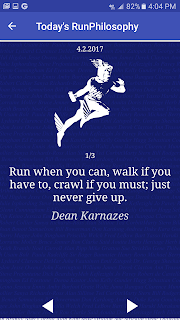 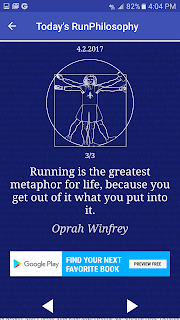 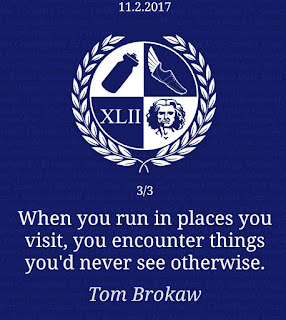 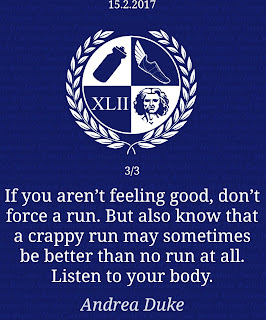