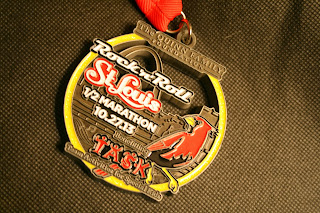 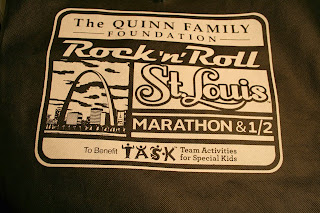 I received this in the mail a few months back, literally days after discussing running this race again with my mom. It was like they read my mind!  Tonight I finally registered.  This time I will have to stop, drop, and kiss the bricks.

I wasn't sore after this race!!!  I am so excited that I am starting to see results with my increased training.  The course was a lot hillier than the Cowbell race and I could feel it halfway through the race.  The course overall was nice and different from the spring Go race, which allowed me to see different parts of town that I have yet to venture to.  Next year I am determined to find a costume that I can run 13.1 miles in and I think that I have convinced Mom and John to dress up and participate in the 5K.

I also found out that you can earn free tech shirts or race entries when you volunteer at the Go races and expos.  The half marathon requires 20 volunteer hours while the full marathon requires 30 volunteer hours, but they never expire.  It will take me a couple years but who wouldn't want to volunteer a few hours for a free race entry?  What a great idea!  I also LOVE the fact that Go St. Louis is a non-profit, so your race entry directly benefits a good cause which is not the case with the larger races that are for-profit.  Looking forward to #23..... 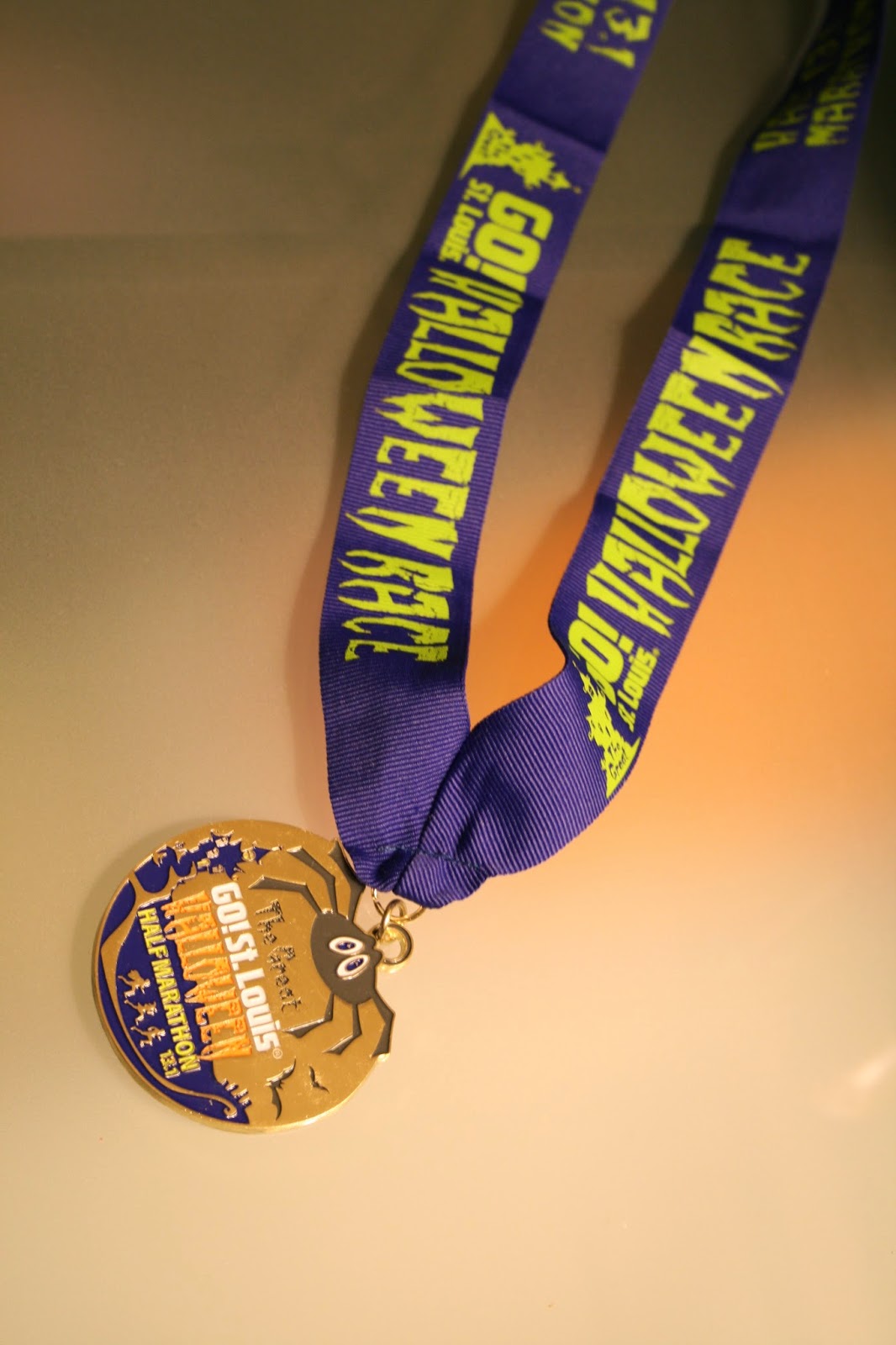 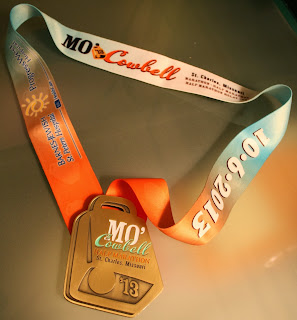 I liked this race.  It was right in my backyard, it had a good expo (or they call it an ExMO), the medals are nice, the course is relatively flat and scenic, course support was amazing, plenty of people finished after me, and the post race festival was great as well.  The only complaint I have is that there were not enough porta potties at the start/finish line.  I also managed to shave 6 minutes off of my Roots, Blues, and BBQ Half Marathon time....which only means I was slightly less slow.  I have a few more races in Missouri before I head to Florida.  I have started taking my training more seriously and am starting to care more about my finish times rather than just simply finishing.  Anxiously awaiting #22...
Posted by Bree at 8:52 PM No comments: