Since I had enough runners use my MO' Bassador code for registration in any of the MO' Cowbell races, I earned a free race entry for the 2016 races and I could have used that entry for a marathon, half marathon, or 5k entry.  At the beginning of 2016, I had planned on registering for the half marathon, but my training has been non-existent as I have been trying to fully bounce back from my spring back injury that occurred after a year of dealing with plantar fasciitis.  I had actually signed up for several half marathons this fall, but eventually I decided to just "call a spade a spade" and admit that I needed to downgrade to the 5k at all those races.  Luckily I had registered so early for all those races that I beat the price increases and didn't end up losing much money, if any at all.

I knew I needed a plan going forward if I was ever going to get back to the fitness level I was at in 2014 and the years prior.  I felt like I have just been winging it ever since then.

One of the very first running blogs I came across when I started blogging was Road Runner Girl.  Her blog is not only an easy read, but I really like the way that she lists her goals for each week in her Weekly Chase posts on Mondays.  She gives us a recap of whether or not she met her goals from last week and then she lists her goals for the current week.  Some goals will stay the same week-to-week, but others change depending on what she is training for and what is going on in her life.  At first, I thought that was a bold move to put your goals out there for everyone to see, but then I realized that it was a great way to hold yourself accountable.

There it is, the definition of accountability in plain English.

Wow!  I think Road Runner Girl was on to something.  Somehow writing down the truth is therapeutic because I can't hide it from myself anymore. 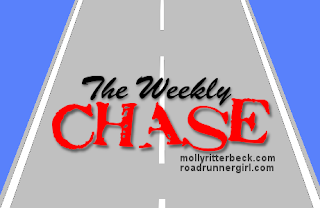 So here are my goals for this week.  I am sure I will tweak them along the way, but this is where I am going to start:

So now we start Week 1 on a #WellnessWednesday.  I will check back in next Wednesday to let you know how I did.