Today I ran another 5k, the City of Sun 5k Trail Run at Cahokia Mounds World Heritage Site.  I had multiple alarms set due to the time change this morning, but I ended up over-estimating the time it would take me to get to Cahokia Mounds and it only took me 30 minutes!  When I was pulling into the visitor's center, the adjacent field had a family of deer quietly grazing in it.  It was so quiet and peaceful at that time of morning.

The race didn't start until 9 a.m. but packet pick-up and race day registration began at 8 a.m.  There was plenty of parking adjacent to the visitor's center and start line and plenty of real restrooms within the visitor's center.  Packet pick-up was quick and easy and although there were no race shirts, our goodie bags were filled with numerous coupons, a sample of biofreeze, a temporary tattoo, a Cahokia Mounds Museum Society labeled armband for your smart phone, AND a coupon for 1 Free iPod tour that is good until 12/31/2017! 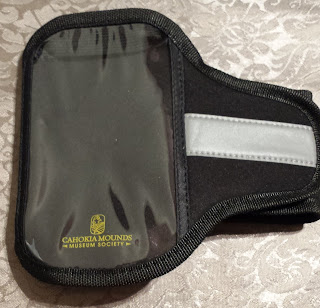 The race started promptly at 9 a.m. after a few announcements about the course.  I knew this was a trail run when I signed up, but it didn't really dawn on me that I might be running through mud, which is exactly what they told us to expect in the pre-race announcements.  Luckily I had packed extra clothes, shoes, and socks just in case. 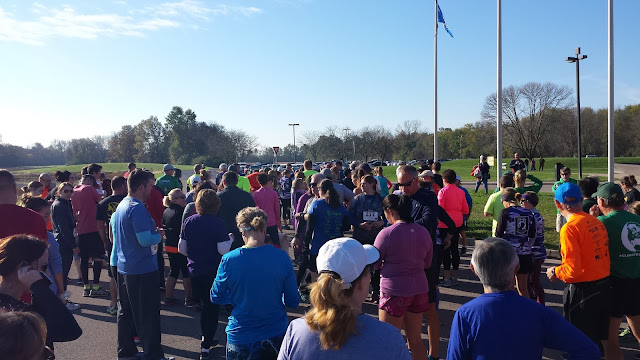 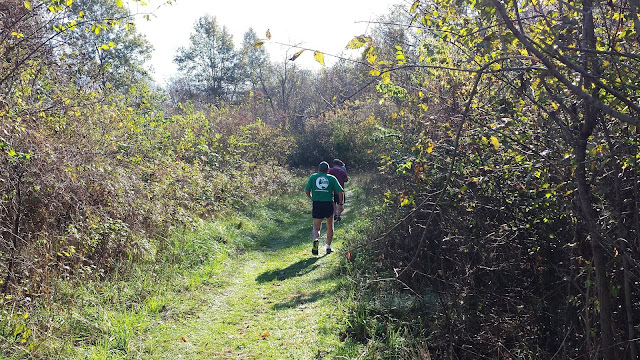 The first part of the course was on a sidewalk, then we transferred to a rock trail, and then eventually to a grass and dirt trail.  We were spread out enough so that the width of the trail was never an issue.  We didn't start encountering standing water until half way though the race, but there were several areas with large puddles.  At first I tried walking in the prairie grass around the puddles but eventually my shoes became soaked so I just went straight through them.  I rarely run on nature trails like this so my ankles started feeling sore towards the end of the course.  Around mile 2.5 or so we transitioned back to rock and then to concrete.  After running on much softer, natural surfaces for most of the course, the concrete sidewalk actually felt horrible under my feet as we approached the finish line.  As we neared mile 3, you could hear the cheering from the runners who had already finished.  The finish line was different from any other race I have run because women finished on one side and men on the other.  Then they tore a piece off of your bib that you had written your name and age on so that they could register your results since there was no timing strip on the bibs themselves. 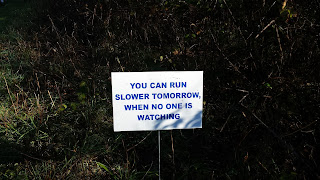 Post race food included water, Gatorade, fruit, and Gus' Pretzels.  Awards seemed to follow shortly after I finished and my super fast friend ended up getting 1st place in our age group!  I should have taken a picture, but her award medal was really nice.

We had both driven over from St. Louis County and since it was such a beautiful day, we decided to walk around and learn more about this historic site after we changed into our clean shoes and clothes.  We walk by many of the smaller mounds and climbed to the top on Monk's Mound, which offers a great view of the St. Louis skyline. 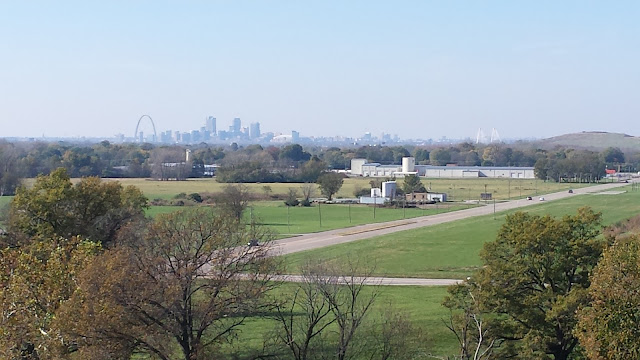 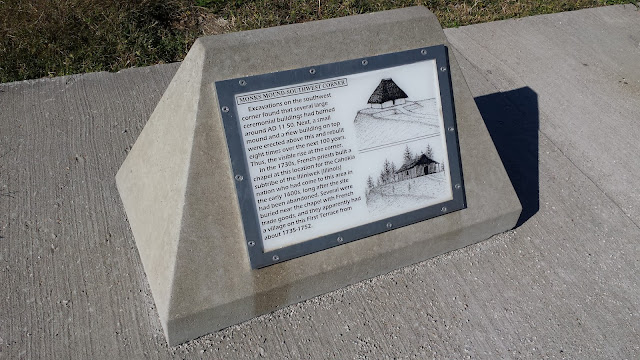 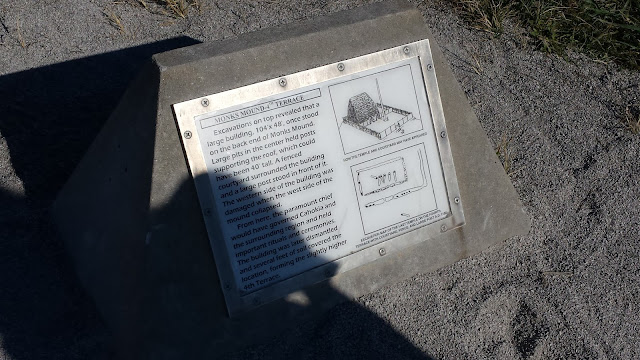 We opted not to use our Free iPod tour coupon so that we could come back another day and spend more time going through the visitor's center, but we ended up walking the trails until around Noon. We will definitely be back to learn more about this Illinois State Park and World Heritage Site.

I really enjoyed this race and it was a nice change of scenery and terrain (despite the mud).  The 2017 date is November 5 in case you would like to check it out next year!
Posted by Bree at 7:43 PM