This morning I went to downtown St. Louis to run the Veterans Day 5k.  Normally I pay to park at Union Station for all of my races downtown, but the race director suggested exiting at 14th Street and utilizing street parking.  I ended up finding free parking behind St. Louis City Hall, which was right by the start/finish.

I arrived a lot earlier than I needed to and I had already picked up my packet, so I sought out a coffee shop to kill time.  Google maps led me to Mississippi Mud Coffee Roasters.  Not only did they have coffee on a chilly morning, but the space also doubled as an art gallery, AND they had a real restroom so I could avoid the porta potty lines.  If you get a chance, I recommend giving this place a try. 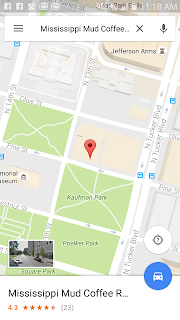 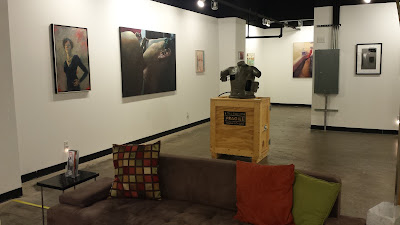 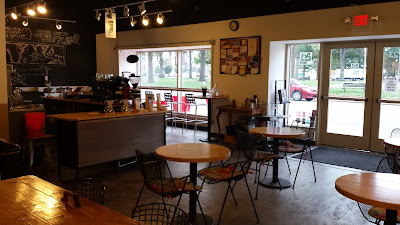 As I crossed Kaufman Park heading back to the start/finish I came across plenty of porta potties, National Guard vehicles and staff, race day packet pick-up and registration, several food trucks, the post race snack tents, as well as several vendors.  The area was not crowded at all and it was a breeze getting to the start line.  After the National Anthem and some announcements, we were off and running. 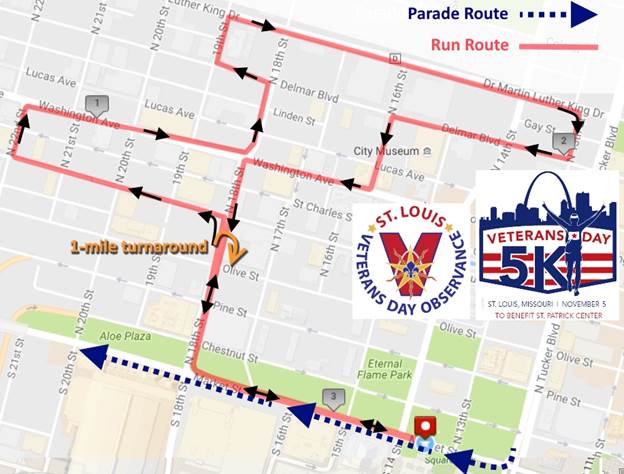 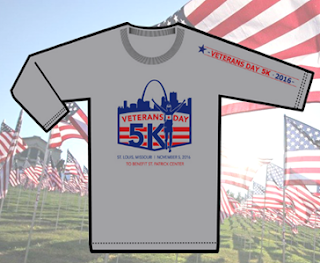 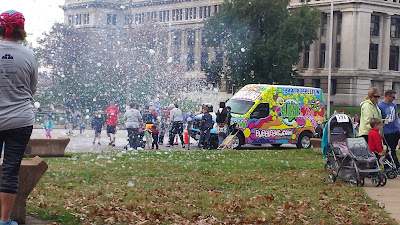 Overall this was a great race and I would do it again.  Be sure to thank our veterans for their service and have a great Veterans Day! 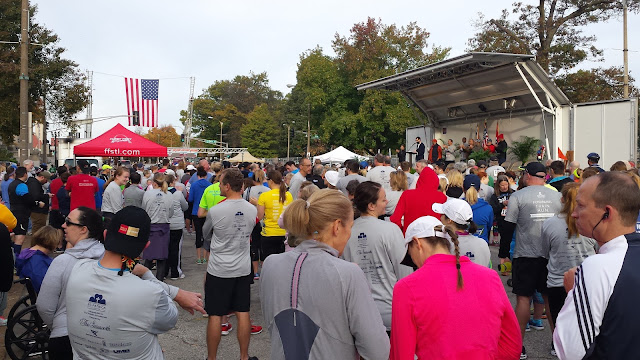