After all of the craziness of 2014, I wanted to start 2015 with low, yet consistent mileage.  I had signed up for the Commitment Day 5K being held downtown St. Louis on New Year's Day but when New Year's Eve came along, I had no desire to get up early to drive downtown the next morning.  Instead I chose to run a couple miles New Year's Day, literally two miles, on the treadmill at the gym before my shift that afternoon.  I ran one mile before my workout yesterday, and today I ran one mile before my workout in my brand new Brooks Adrenalines!  Even though the colors are pretty neutral and a bit boring, I love them because I only had to pay $10 out of pocket since I had earned a $100 gift card to Big River Running through being a MO' Bassador last year. 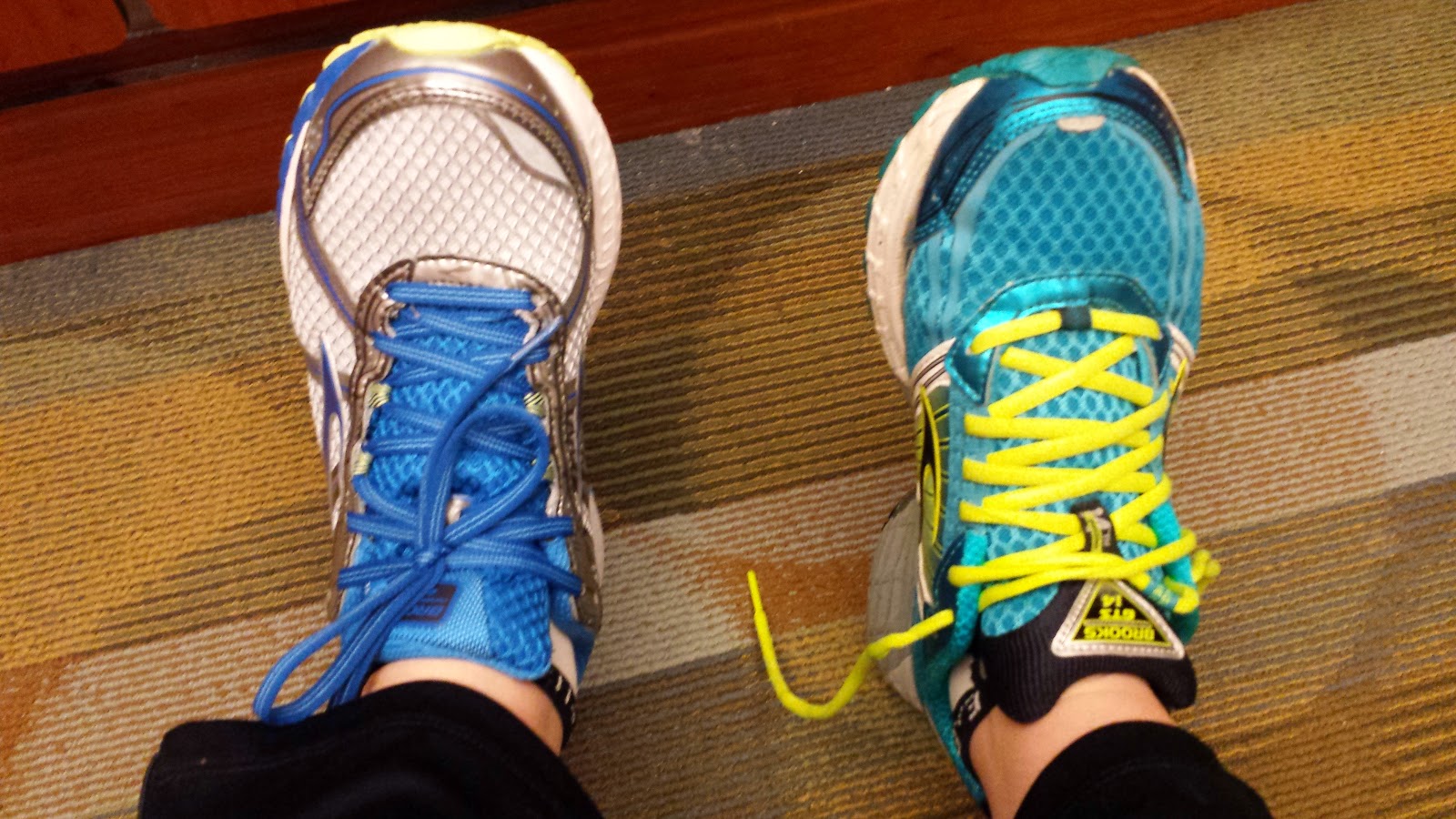 A couple of resolutions I have for 2015 is to track my training and race mileage (since so many other runners gave a mileage total for 2014 and I had no idea) and to track how much I am spending on races (just because I am curious and a numbers nerd).  The 100 Missouri Miles Challenge will help me keep track of my mileage, especially since I want to beat Governor Nixon and the First Lady!

So far, I have only signed up for half marathons in 2015 but I do anticipate running some 5k's and 10k's throughout the year.  The most expensive race per mile so far is the Nashville Rock 'n' Roll with the cheapest non-virtual race being the Geist half marathon.  Geist is actually cheaper per mile than one of the virtual half marathons I signed up for.  Interesting.  Like I said, I am a bit of a numbers nerd and I like to know what I am getting for that race entry fee.

I won't be running any Disney races in 2015.  I am very sad about this, but my bank account is very happy. The Dopey Challenge last year cost me $10.85 per mile while the Dumbo Double Dare cost me an absolutely insane $17.68 per mile!  I LOVE Disney and I highly recommend their races but when you look at the cost per mile of my other races last year, it makes me look crazy.  Only other runners and medal-lovers would understand the insanity. 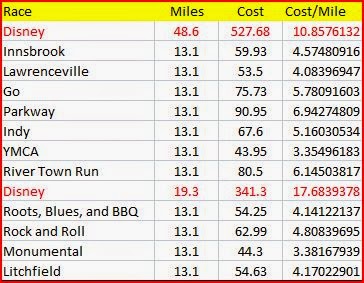 I will continue to track my mileage and funds spent on races throughout the year, and I am anxious to see and post the totals in December.  Does anyone else track these things or anything else that they find useful or insightful?

At some point this week I will tell you the new "fuel" I have been taking with me on my runs since I can no longer stomach the typical sports drinks.  Until then, have a great week!
Posted by Bree at 6:08 PM