This weekend I ran the Hot Chocolate 5K in downtown St. Louis.  I applied to become an ambassador for this race earlier this year and was accepted!  For the most part, I kept the local running stores stocked with race flyers and I also promoted it on social media but then I also was able to work the booth for the race at the Rock 'n' Roll expo, which was a lot of fun.  All that hard work ended up earning me a free entry as well as a free merchandise item, so I was very pleased with my ambassador experience.

The expo opened at noon on Friday and was held at Union Station.  I took a half day off of work because I worked the booth for another race I am an ambassador for, the MO' Cowbell race series which now includes a base camp-style, five-person relay in May.  Before my shift at the MO' Cowbell booth, I picked up my packet and free merchandise item as well as my parents' packets.  There were two things that I LOVED about this expo: the amount of volunteer support AND the coat try-on and exchange area.  This is the first time I have come across a try-on and exchange option, well at least one that was this organized.  I took a few pictures because I was so impressed. 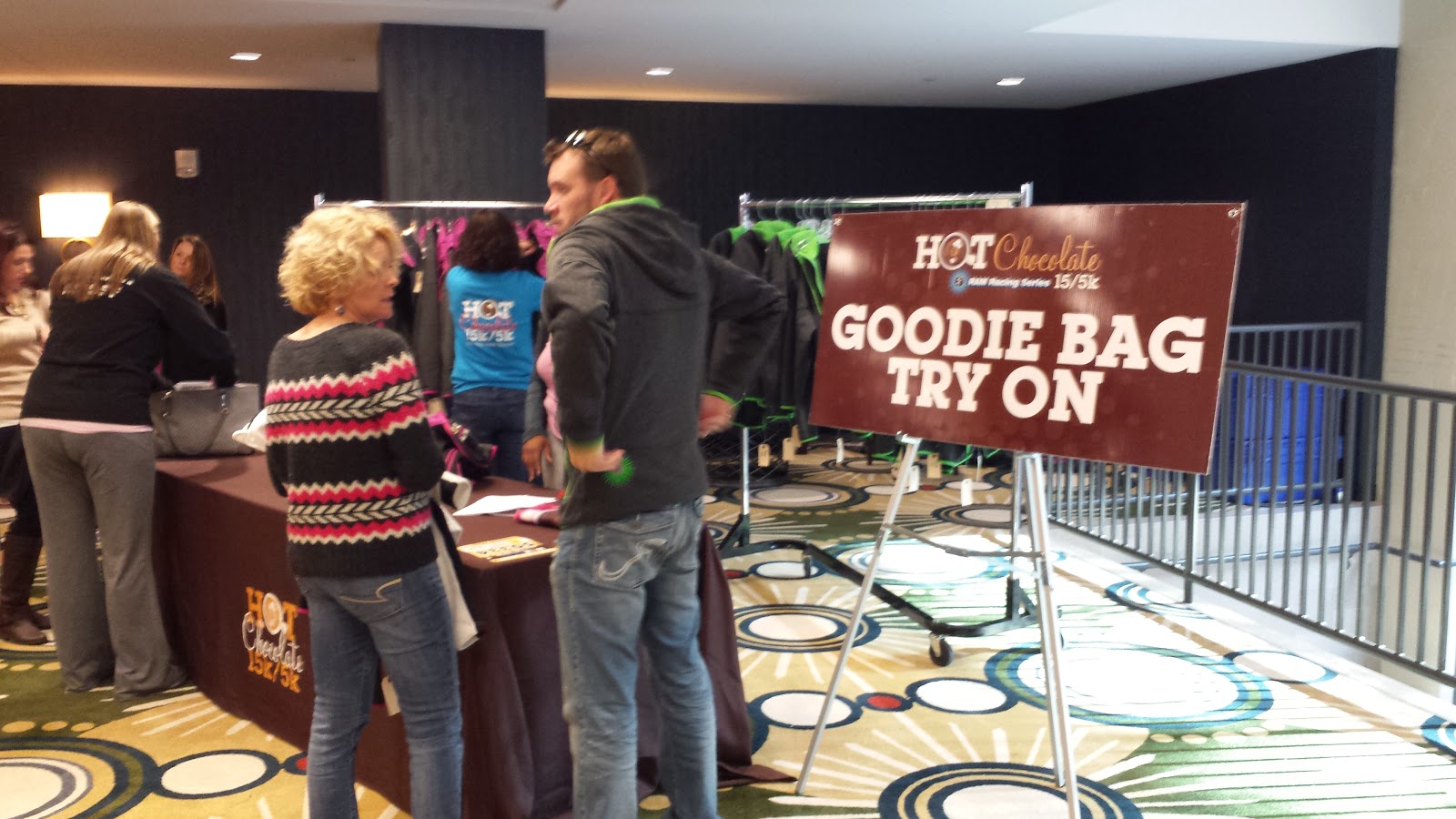 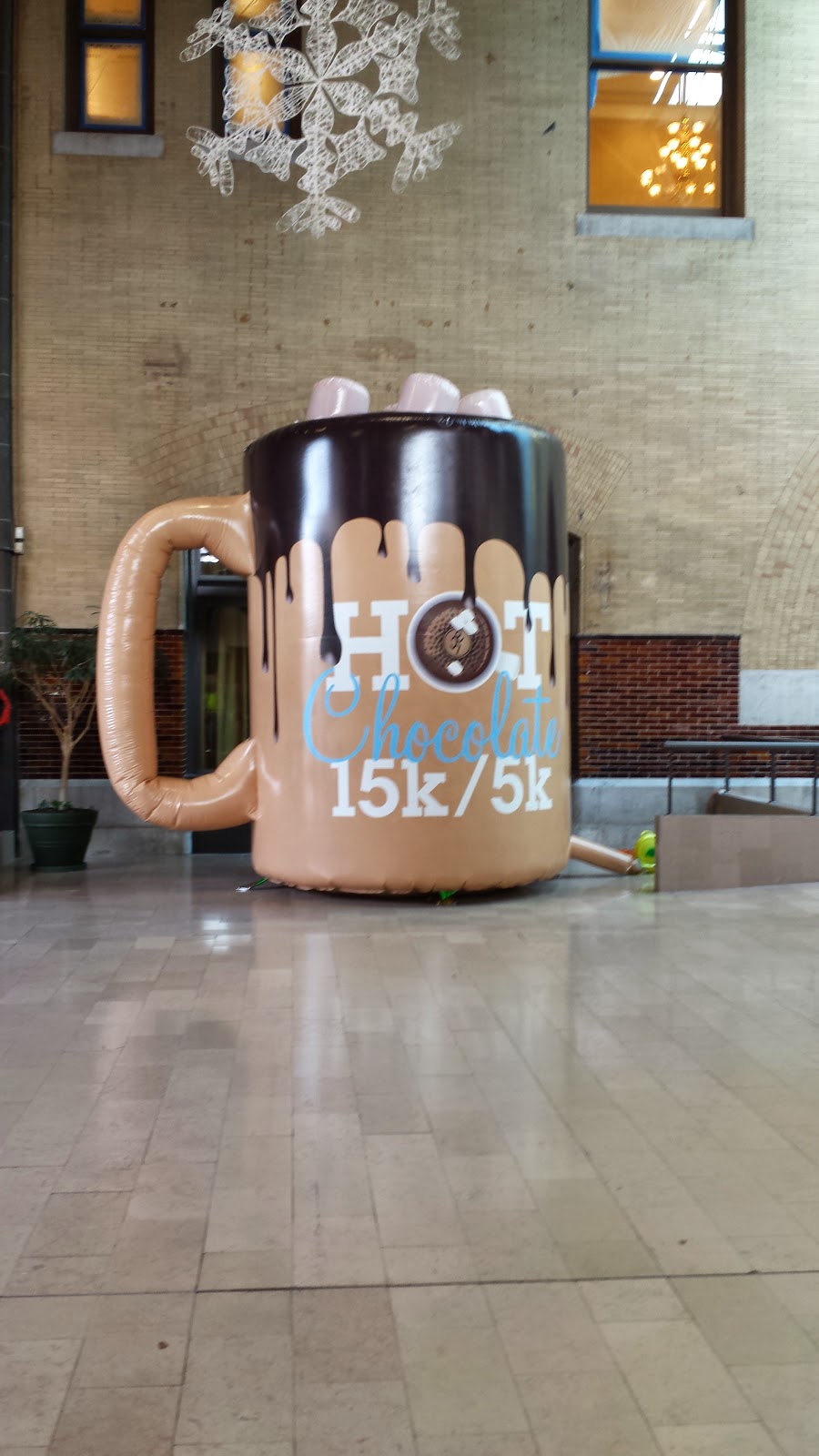 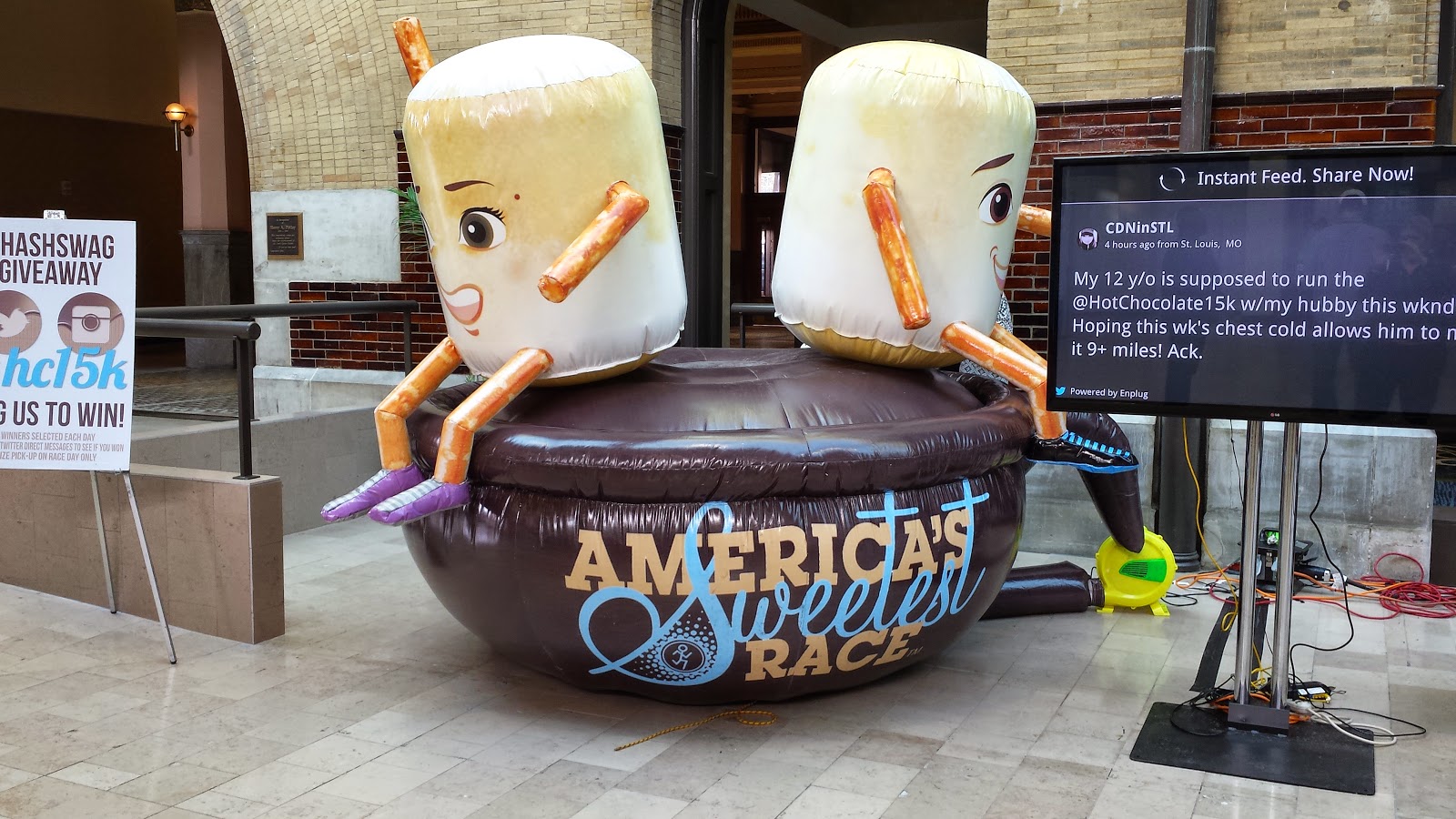 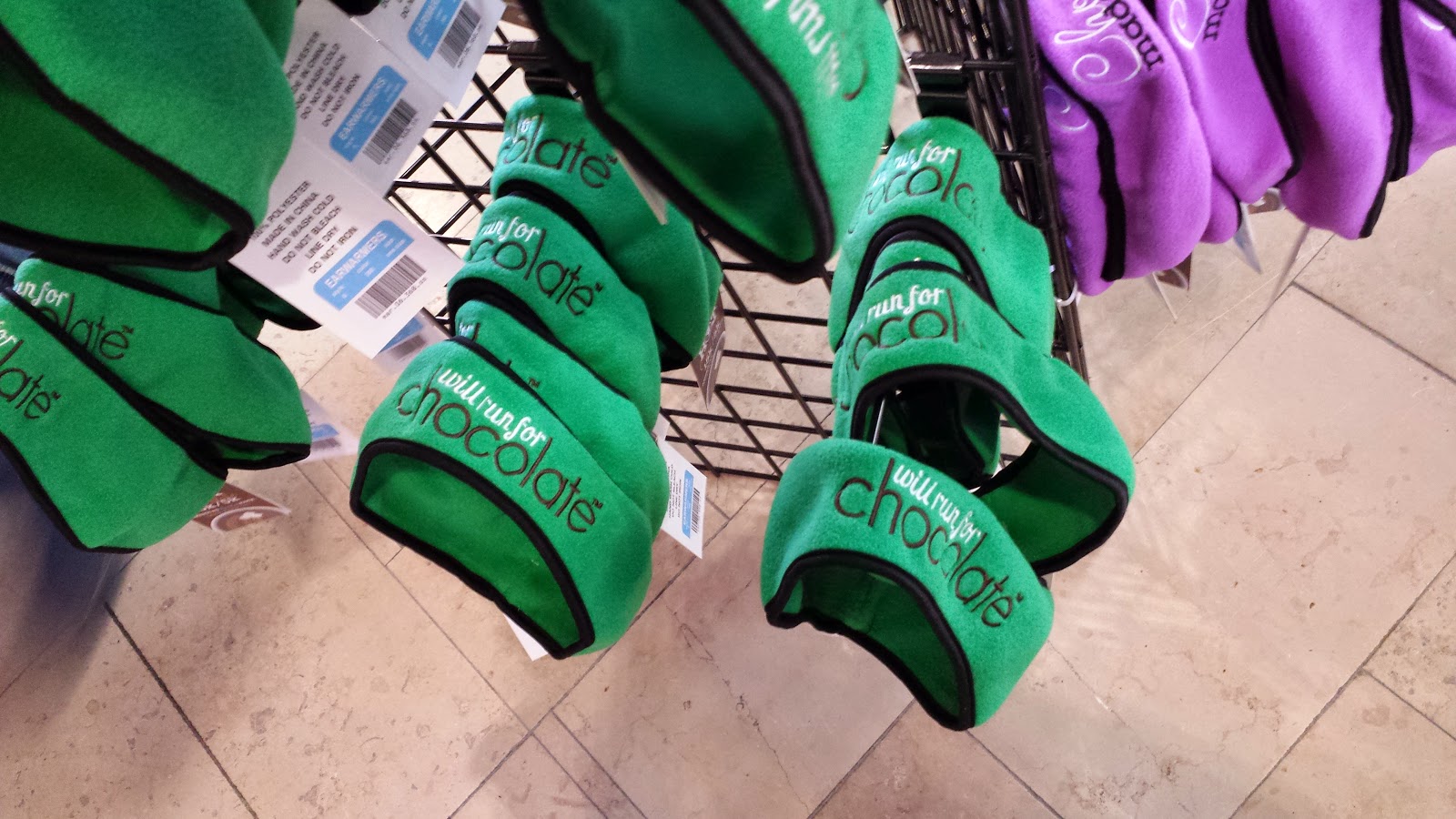 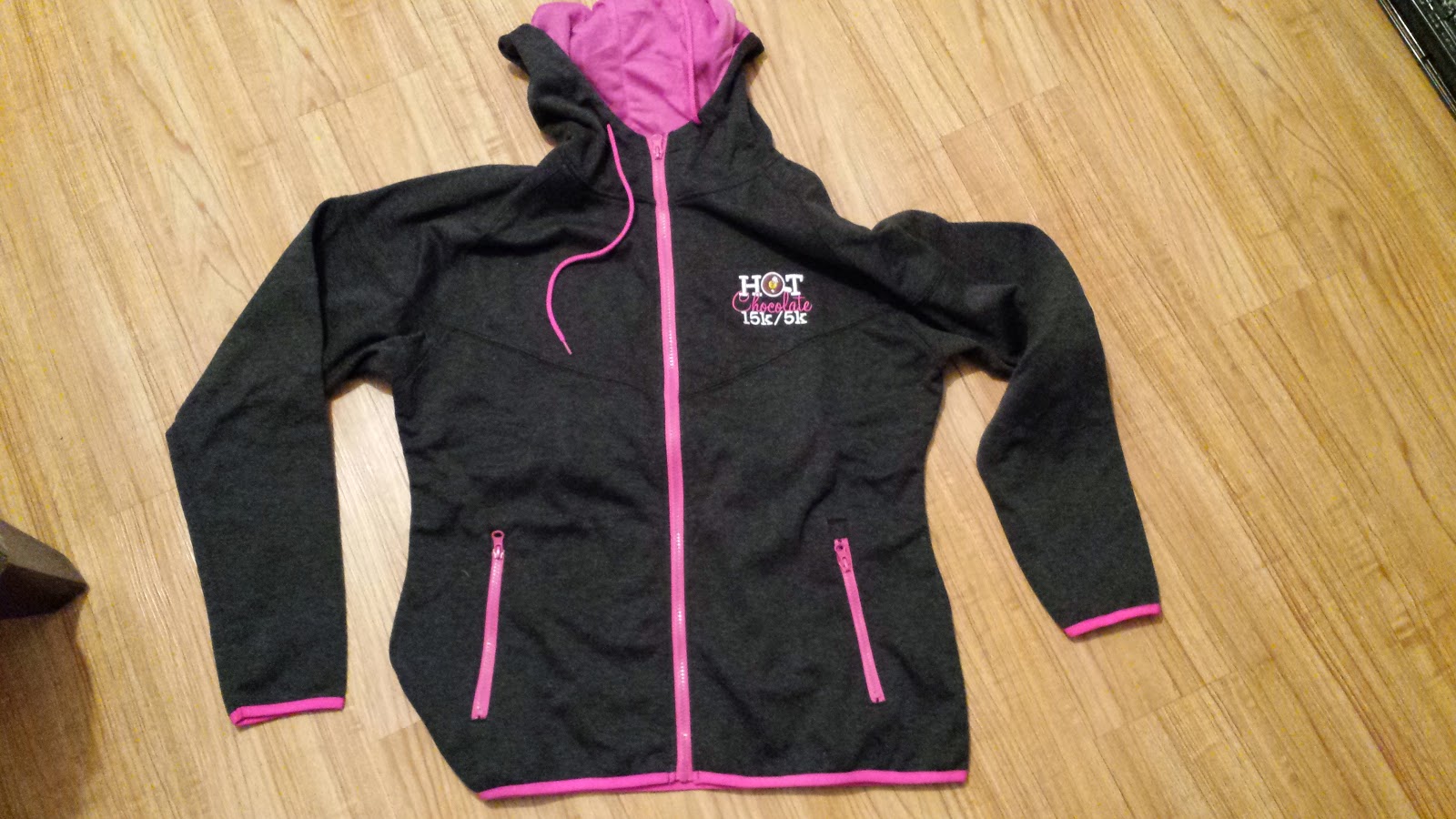 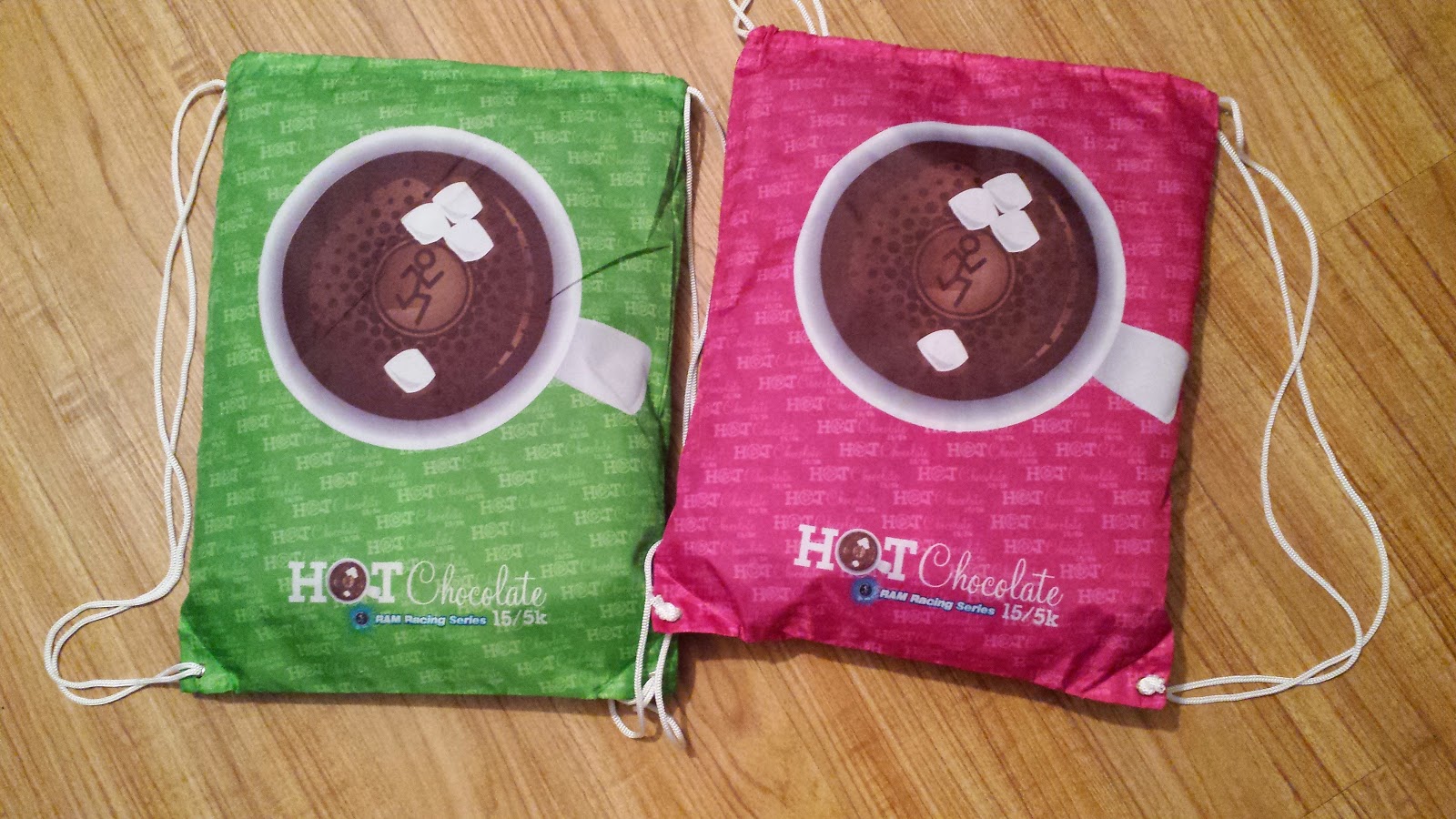 From 2:00 p.m. until about 4:30, I was working the MO' Cowbell booth.  I could tell that it was getting busier as people were getting off work but I knew that the busiest day would be Saturday.

I ended up staying with my parents at the Double Tree-Union Station Saturday night.  Although I had to pay to park overnight, being able to "sleep in" until 6:20 a.m. and walk to the race a half hour before the start made it completely worth the expense.  In fact, most of the bigger races in St. Louis start and finish in that general area so this hotel would be perfect place to stay.  Check out their website for pictures of the historic hotel.  I really can't describe how beautiful it is with words alone.

This race had a wave start and the corrals were to be released three minutes apart.  As I was walking to my Corral F, I came across several other MO' Bassadors and runners I had met at the Katy 80 relay last spring.  Even though I live in this area, it was still a surprise to unintentionally see this group in the mass of thousands of runners.  There were plenty of porta potties near the corrals and the pre-race area and setup were well-organized.

I had signed up for the 15K and had every intention of running it, but my hamstring had other plans.  About two miles in and just before the 5K and 15K courses split, my right hamstring started cramping up.  At that point I started thinking about how nice it would be to be almost at the finish rather than having seven more miles to go.  So at the split, I decided to take the 5K route because even after stopping to stretch for a few seconds, the tingling was still present.

As you finished you were greeted by volunteers and then you proceeded to the bottled water.  Then you exited the finisher's shoot and walked into the park where there was a merchandise tent as well as the.....finisher's mug filled with hot chocolate and fondue!  I picked the shortest line and I ended up picking the line where my co-workers were volunteering. 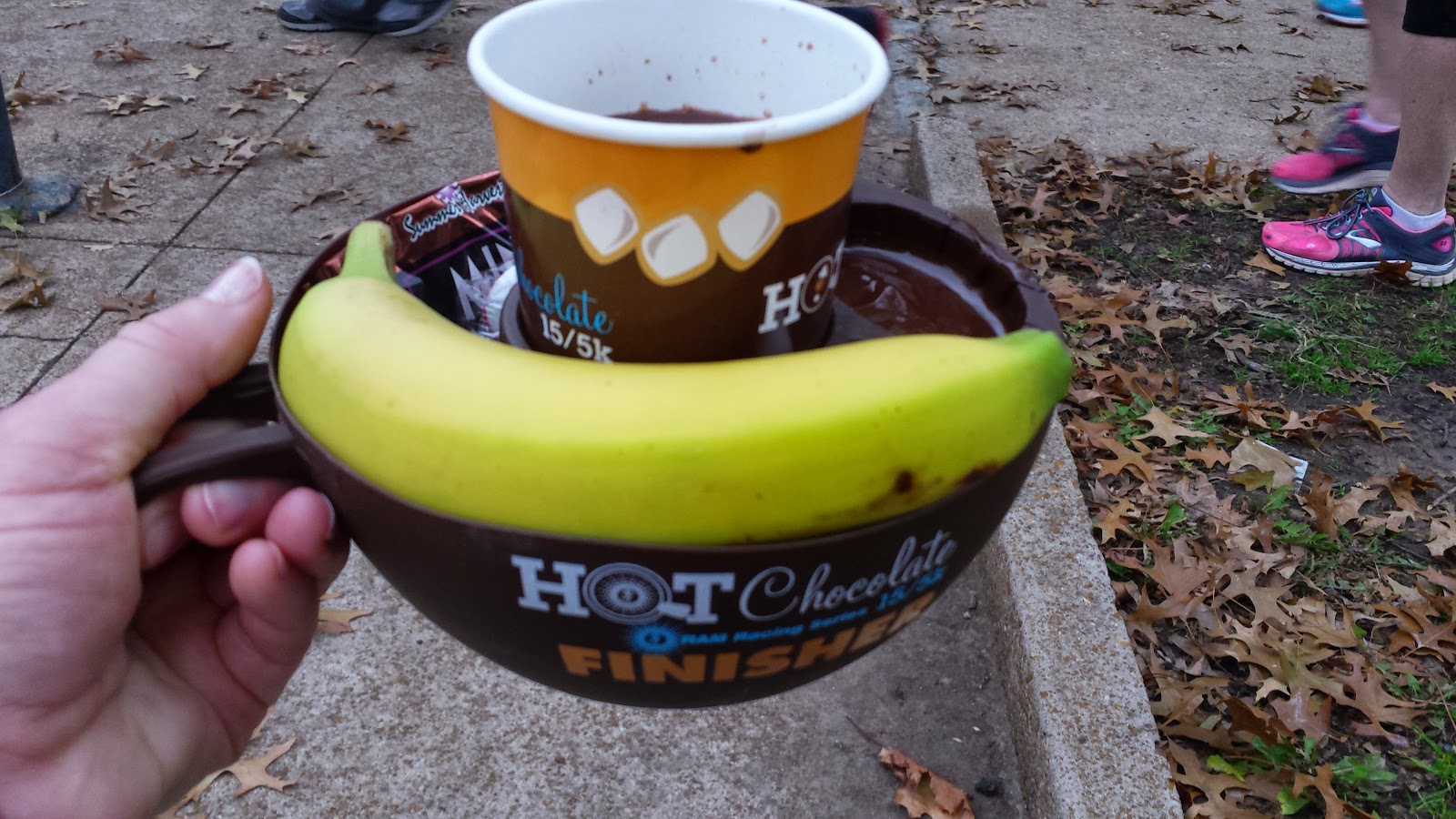 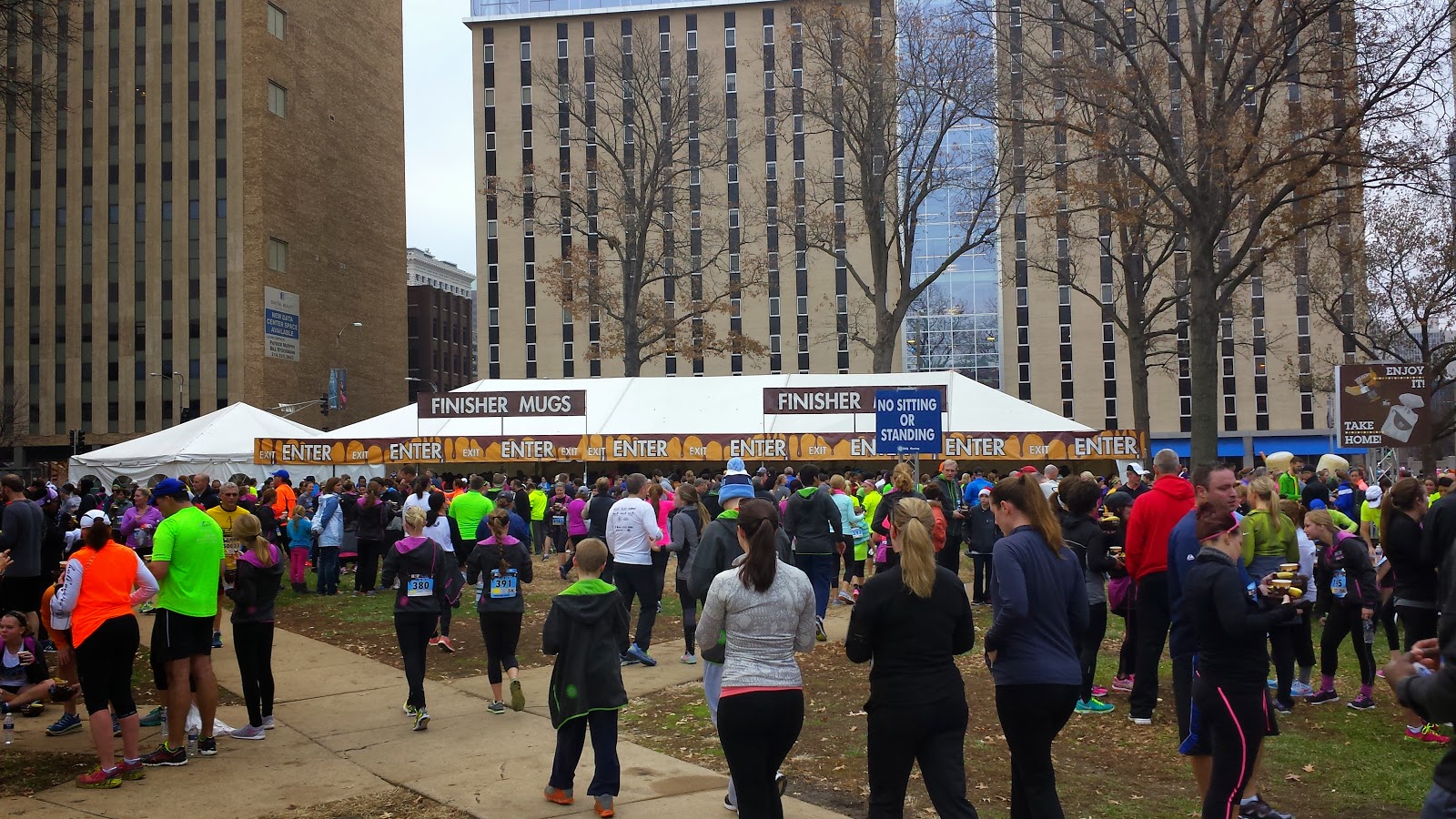 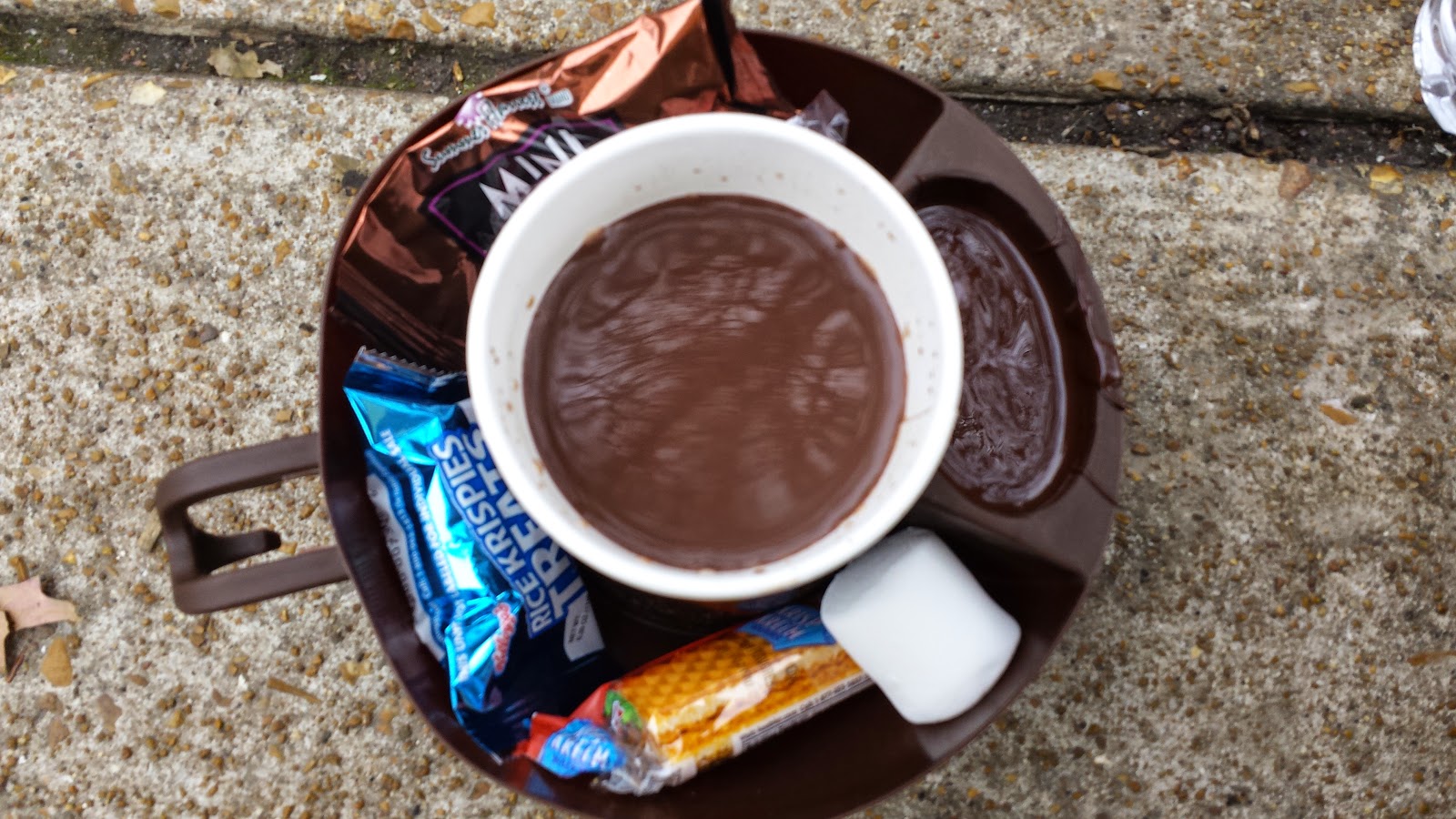 After finishing my goodies and hanging out with the parents, I came back to the finish around 11 to pick up discarded clothing and leftover bottled water and bananas with the co-workers who had volunteered earlier in the day.  We ended up bringing back three cases of bananas and 60+ cases of water that we distributed to our leisure department as well as our adult day program sites.  This part of race weekend was just as rewarding as running the race itself, and I am so glad that my co-workers also had a great time volunteering.  I am very happy to have been able to see this race from multiple perspectives: as a race ambassador, as a runner, and as a volunteer.  Be sure to check out the Hot Chocolate race website to see where your closest race is and if you happen to be in the St. Louis area, I should have a registration code for you for our race next spring.
Posted by Bree at 9:21 PM