We all know what happened after the grand jury announcement came.  I will never forget where I was that night.  I was working at the gym and I was glued to the closed captioning on one of the TV's along with the few remaining members who decided to stay and work out during and after the announcement.  I didn't sleep that night even though I am 10+ miles away.

The good news that came the morning before the announcement was that I had finally been matched through the I Run 4 Michael (IR4) program.  I first heard about this program during my yearly review at my full-time job (the non-profit) when my manager suggested I look into it because it all started because of a person we used to support.  Of course I Googled it as soon as I could and a few days later I got on the wait-list.  As I joined the Facebook groups while I waited to be matched, I started to realize how much this program has just exploded in popularity.  At one point I was #1,100-something on the wait-list!  Several months passed and in late November I saw that I was now in the low 100's.  Then I received an email saying that I was on the verge of being matched and then BOOM, I received my match the morning of the grand jury announcement.  The timing couldn't have been more perfect.  This little bit of good news at the beginning of the week kept me going as I continued to hear bad news throughout the week of Thanksgiving.

The boyfriend, cat, and I went to my hometown for Thanksgiving and I decided to run a few times for my buddy while I was there.  I ran a little on my mom's treadmill on Black Friday and then went for a muddy run on Saturday at the local nature center.  I took the pictures below during my run. 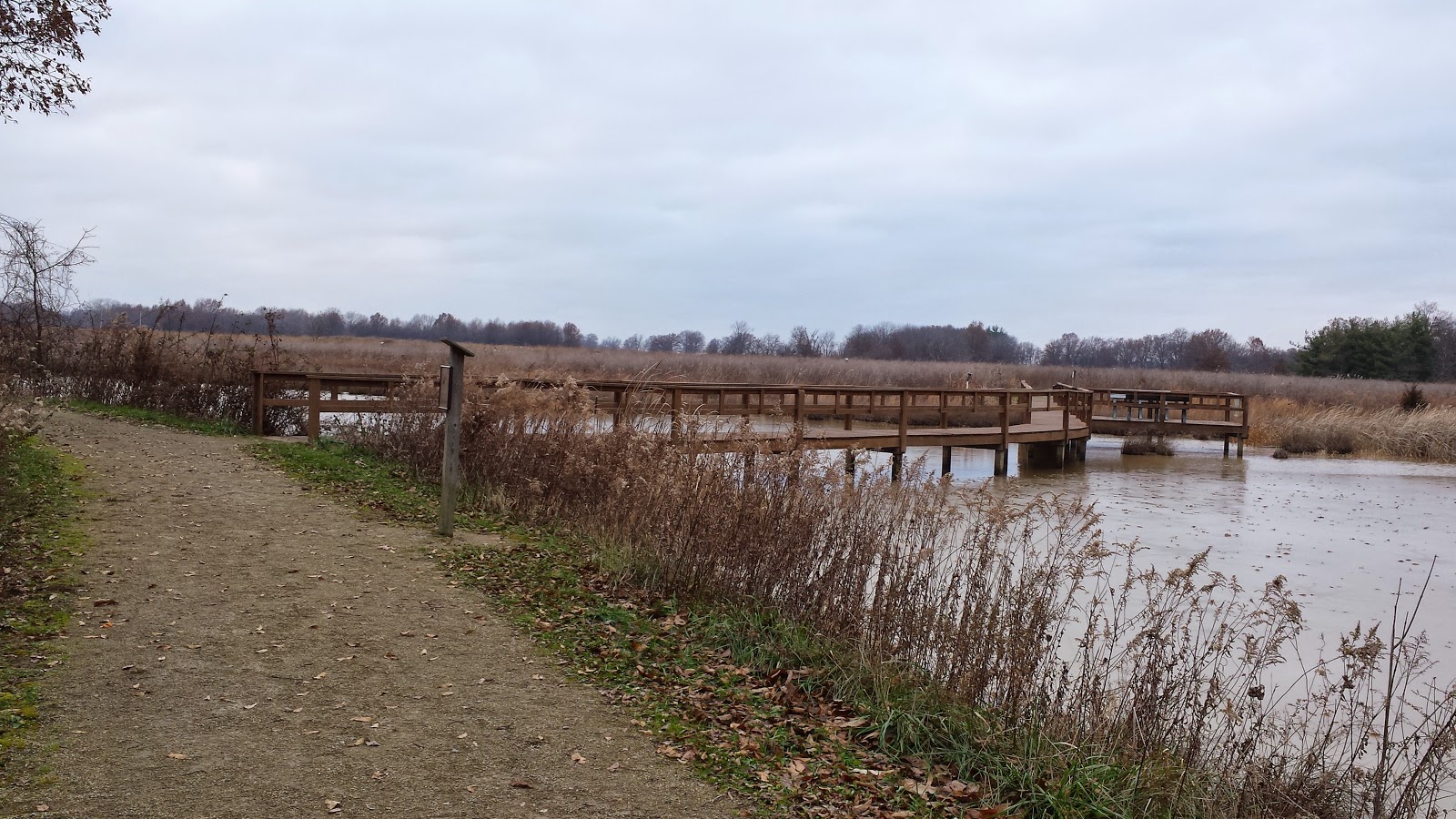 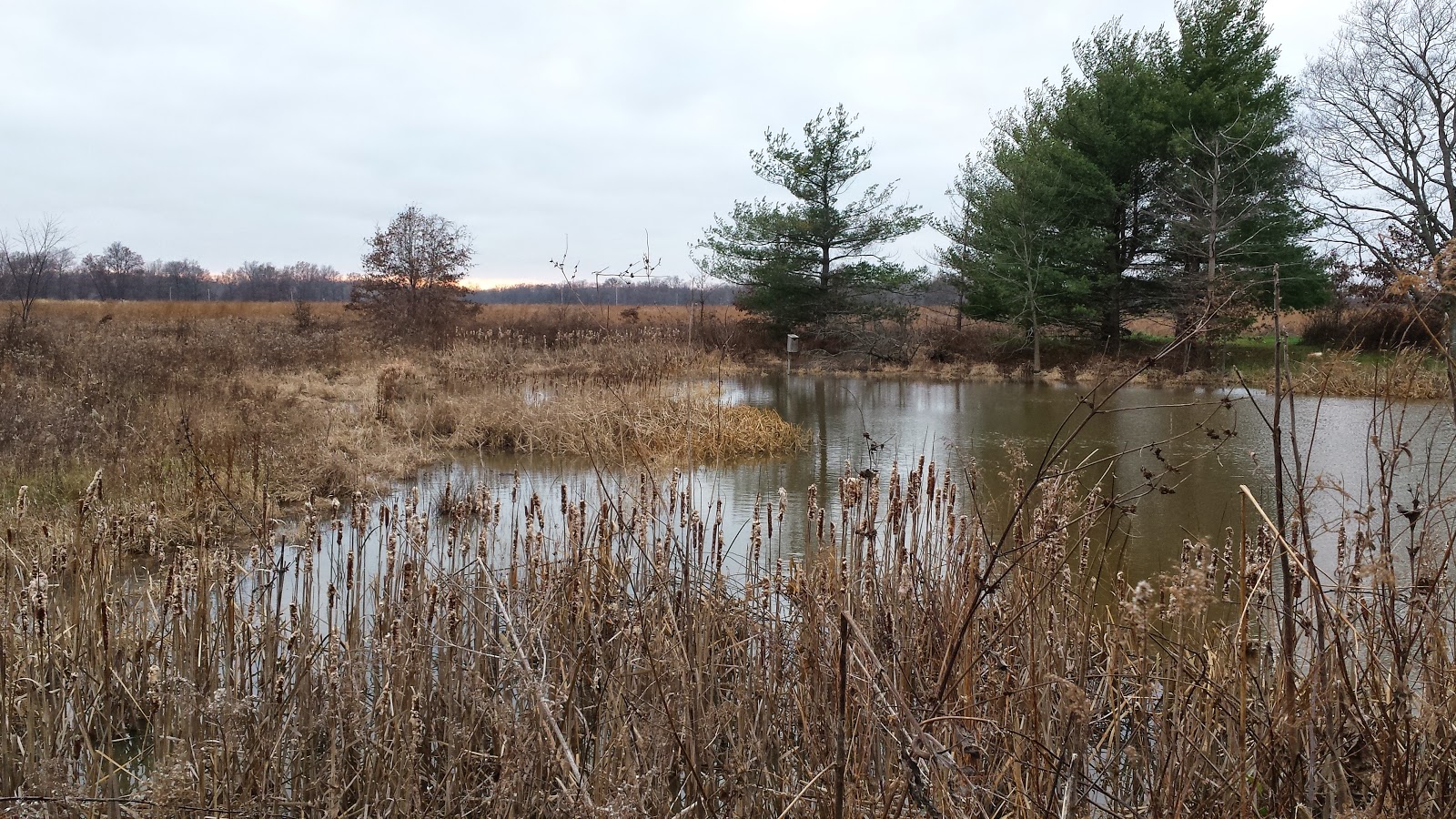 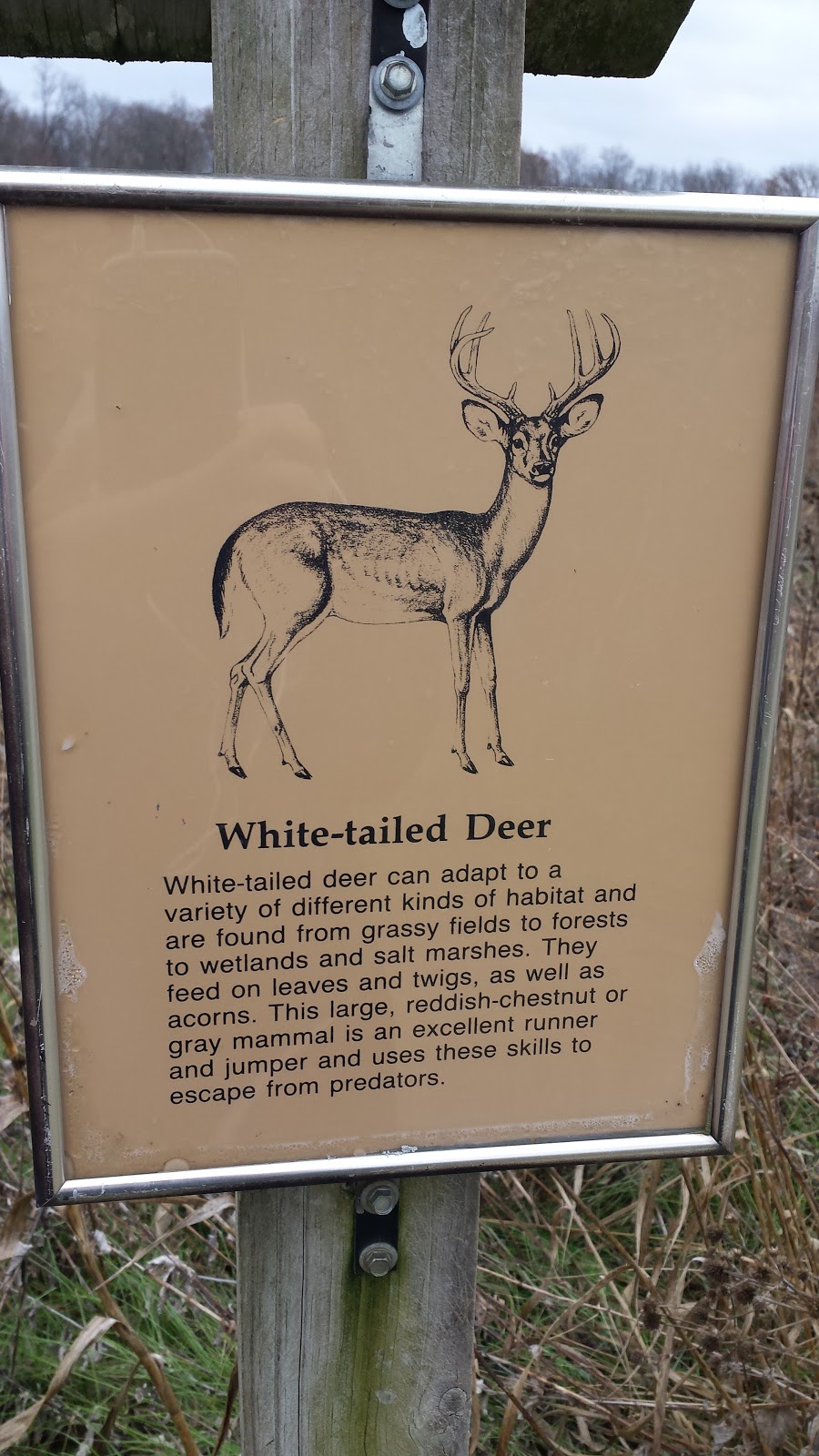 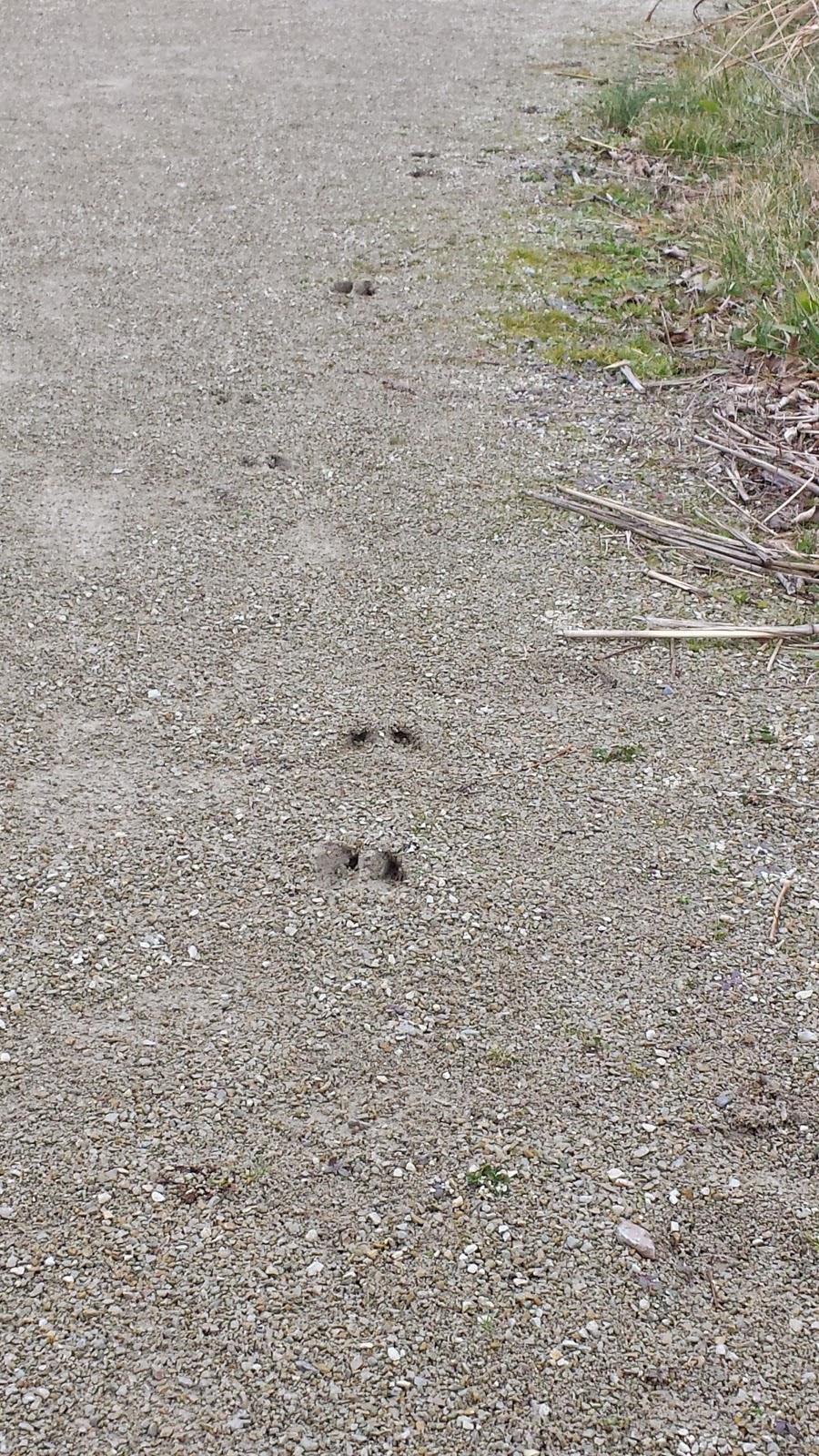 After a run, bike ride, race, etc. you post about it to your own page or within the private I Run 4 Michael Facebook group and then tag the parent so that your buddy can see it.  It is a unique way to pay it forward, get to know someone you otherwise wouldn't have met, and stay motivated!  It doesn't have to cost anything and it takes as much or as little time as you want.  I will tell you more about my buddy as I get to know her, so stay tuned!

The other positive event came at the end of the week, after I got back to St. Louis from my hometown.  I mentioned Medals 4 Mettle in my Monumental Half Marathon post because it was started by a Dr. in Indianapolis and they had a table at the Monumental expo.  I had gone to one medal distribution with Medals 4 Mettle at Children's Hospital last spring, and it moved me to tears.  Most of our local hospitals will only allow us to come in on weekdays, but Ranken Jordan allowed us to come in on a Sunday this time.  If you are not familiar with Medals 4 Mettle, it is a charity that has chapters all over the country and even internationally now.  They collect medals from runners who have completed half and full marathons or triathlons and then they remove the original race ribbon and replace it with a Medals 4 Mettle ribbon.  Then volunteers take them to children's hospitals to distribute them to patients who are running a much more difficult race than most runners can imagine.  We give these medals to the patients to let them know that they are always in our thoughts and prayers and we know how hard their battles can be.  Each time we give a medal to a patient we give a little speech.  Most of the time the children don't quite understand why we are there but the parents frequently shed a few tears.  Then I shed tears seeing them.  It is just an amazing experience so if you have a chapter near you and can part with any of your medals, consider donating them to Medals 4 Mettle or going to a medal distribution at a local hospital. 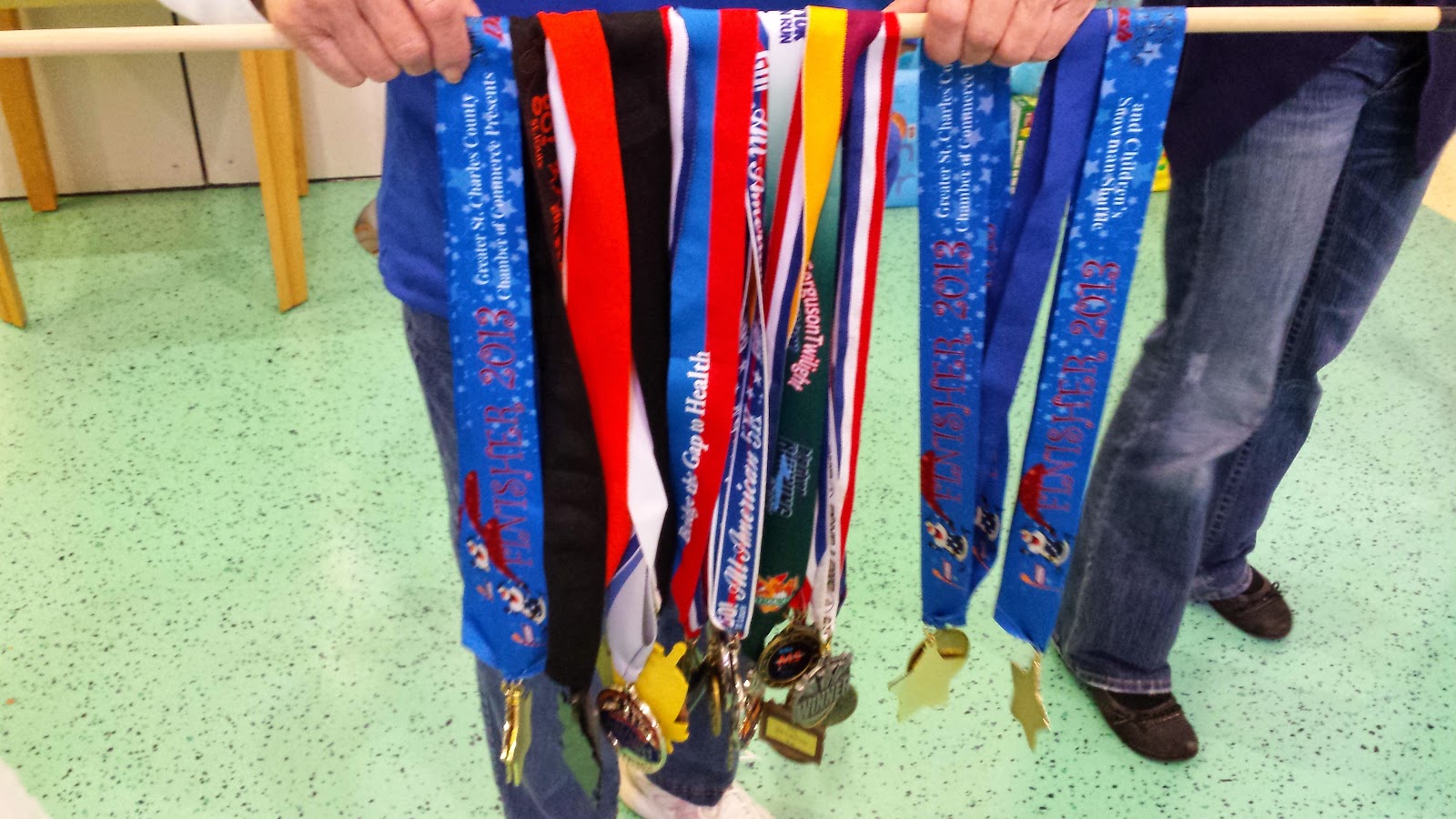 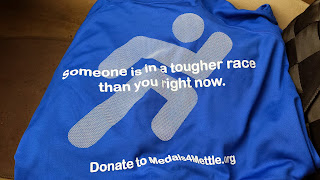 Have a great week everyone!
Posted by Bree at 8:27 PM