Rock the Parkway Half Marathon

We arrived in Kansas City by lunch time on Friday and at the recommendation of a friend, we immediately went to Oklahoma Joe's for barbeque.  It was amazing!  We headed to packet pick-up, which was larger than I expected.  There were three long rows of booths with the t-shirts, bibs, and timing chips at the back.  After visiting most of the booths (and seeing a lot of medals), I came up with a list of several other Kansas City area races that I would like to do:


Our hotel was right off of Metcalf in Overland Park, which was right by my friend's house, the expo, the start/finish line of the race, and plenty of restaurants and shopping.  That night we had great pasta at a place called Bravo, which they also have in the St. Louis area.  After allowing a couple of hours to get caught up and discuss race day logistics, we headed to bed at a decent hour.

The race began at 7:30 a.m. on Saturday morning, but we arrived around 6:30 in order to get a good parking spot and avoid traffic.  The picture below is of my friend Michele and I at the start line shortly after arrival. 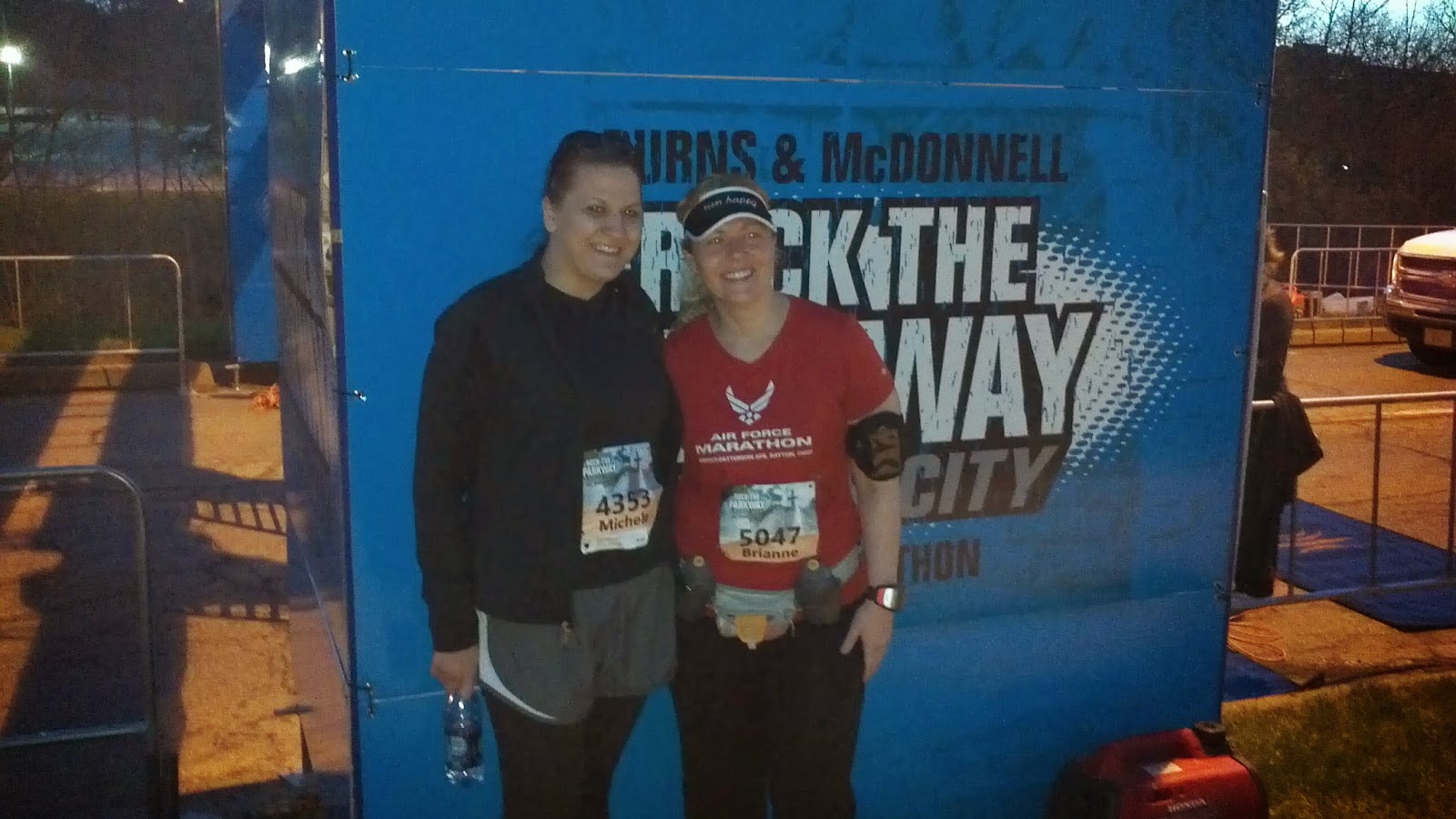 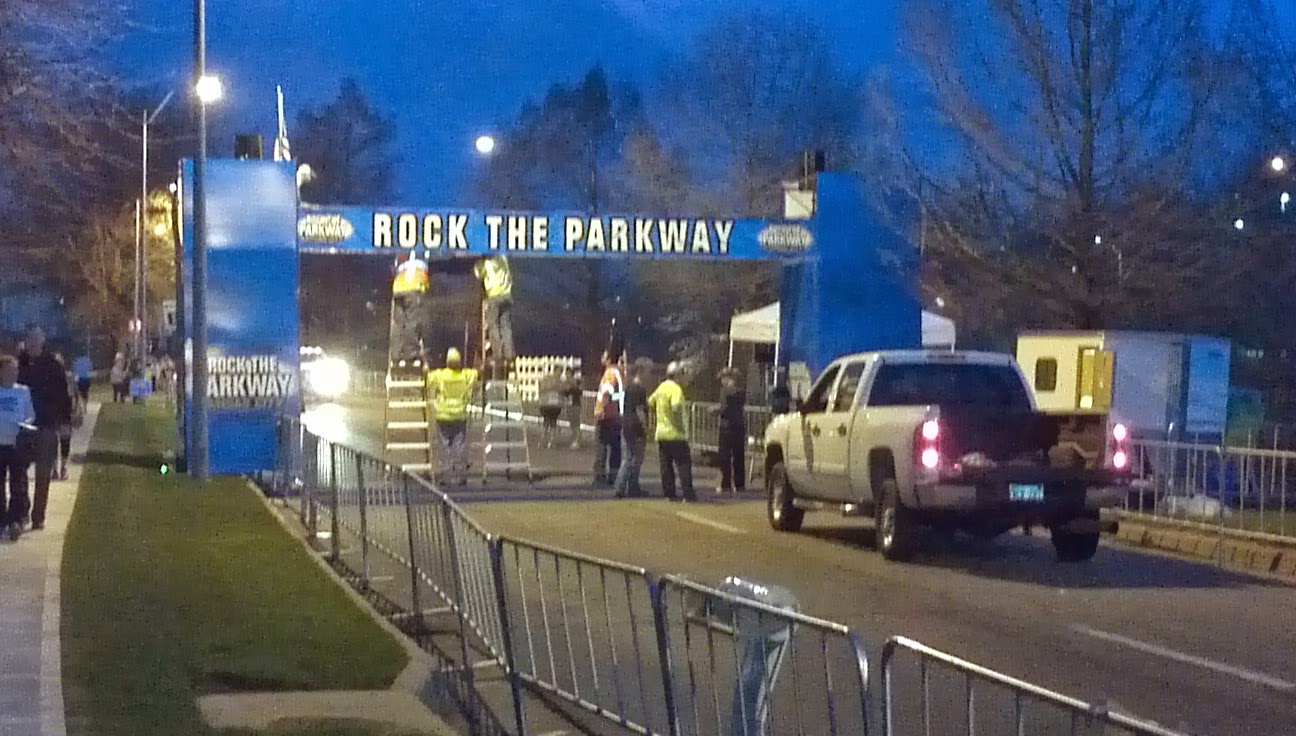 My boyfriend Dan (below right with the sign) and Michele's boyfriend Travis (left, with his arm in the air), got up bright and early to support us throughout the morning. 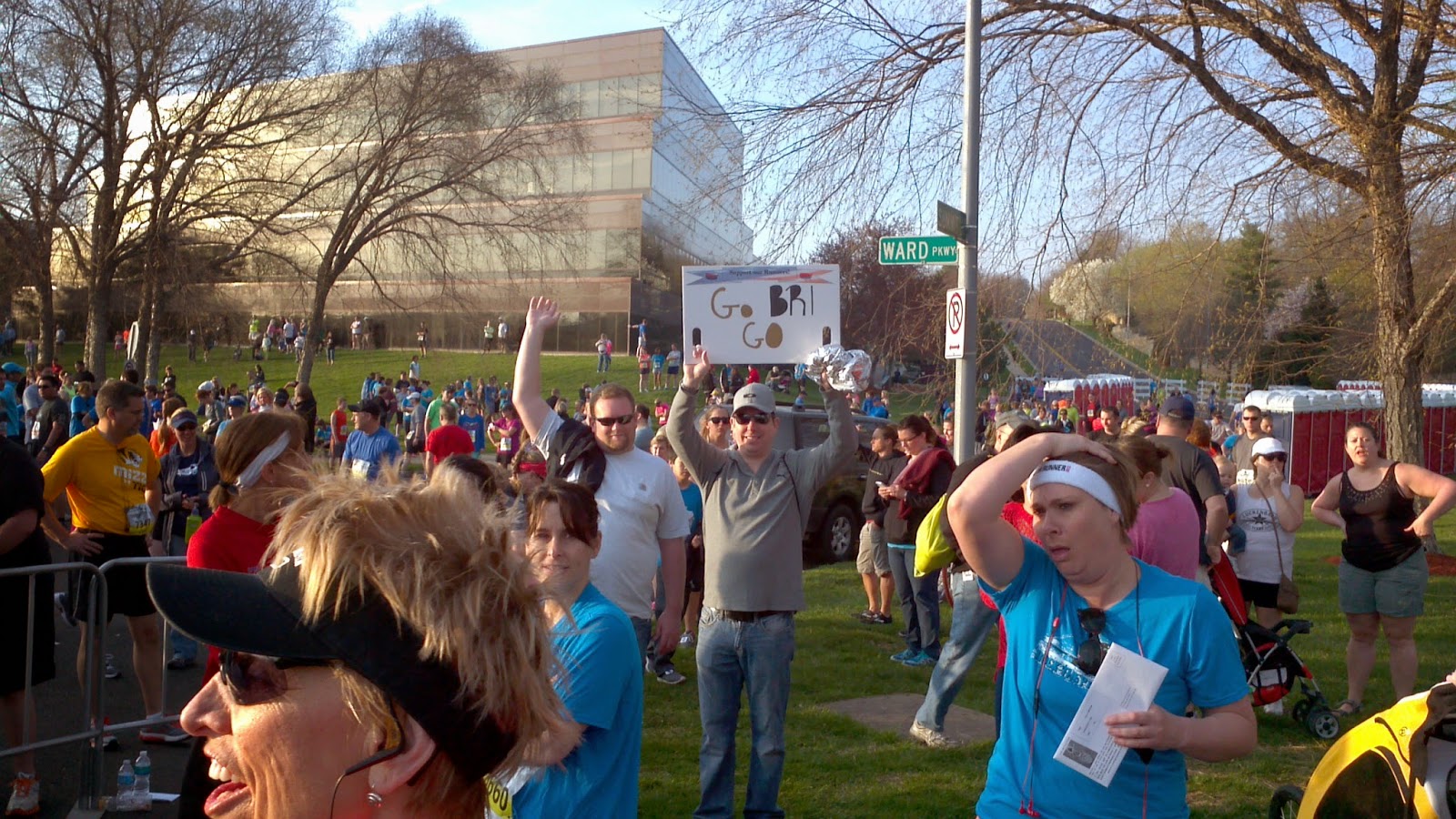 Kansas City is known for their fountains. In fact, tourist guides and marketing materials state that "only Rome has more fountains than Kansas City."  Pictured below are a few of the fountains I saw along the race course. 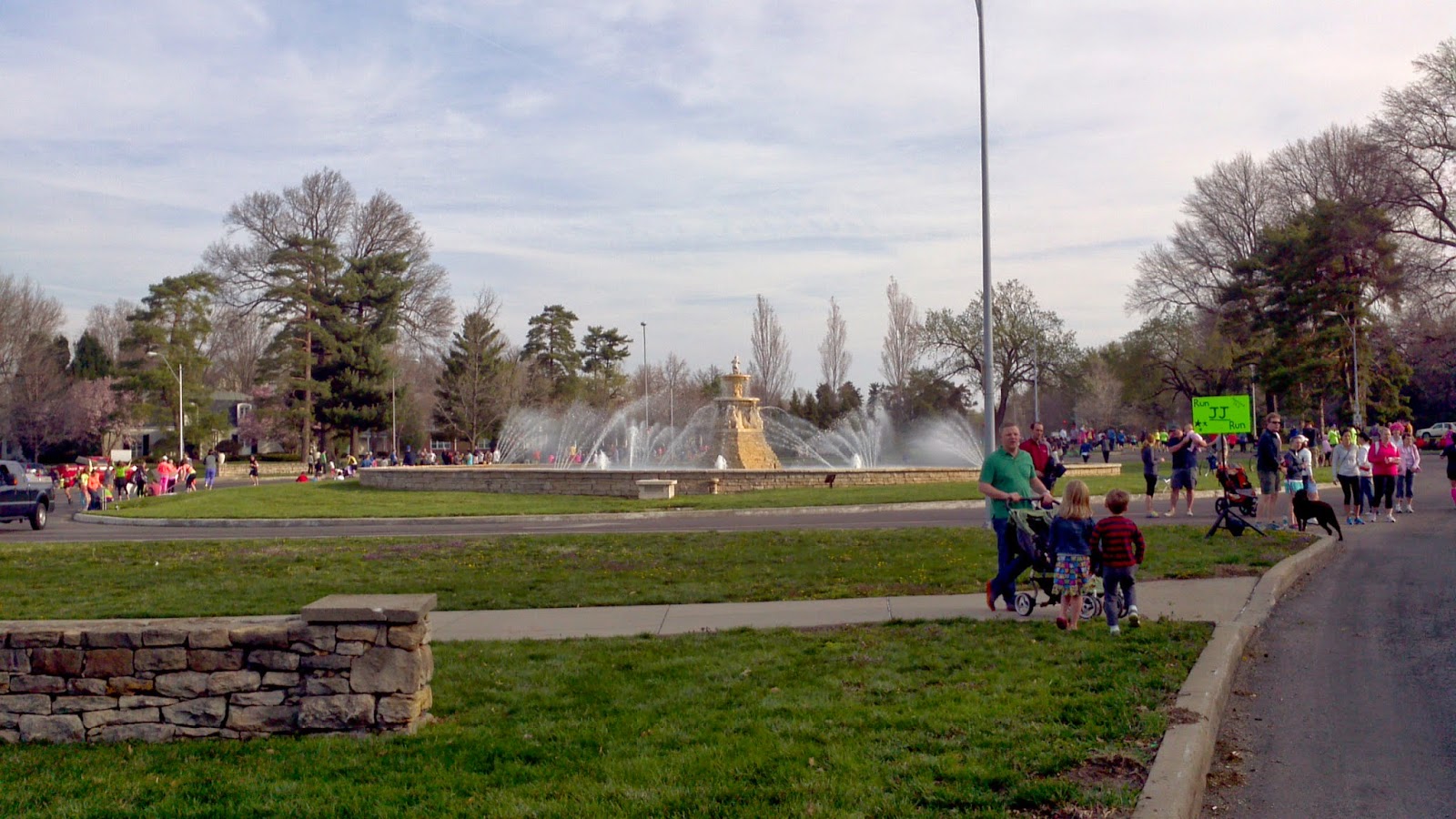 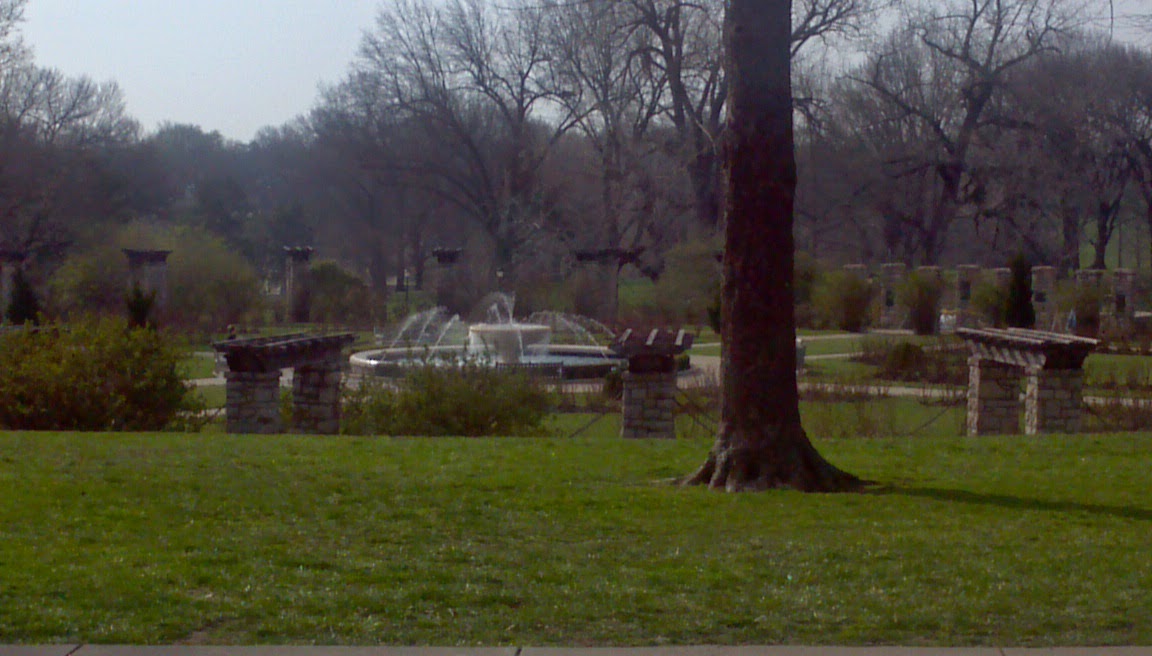 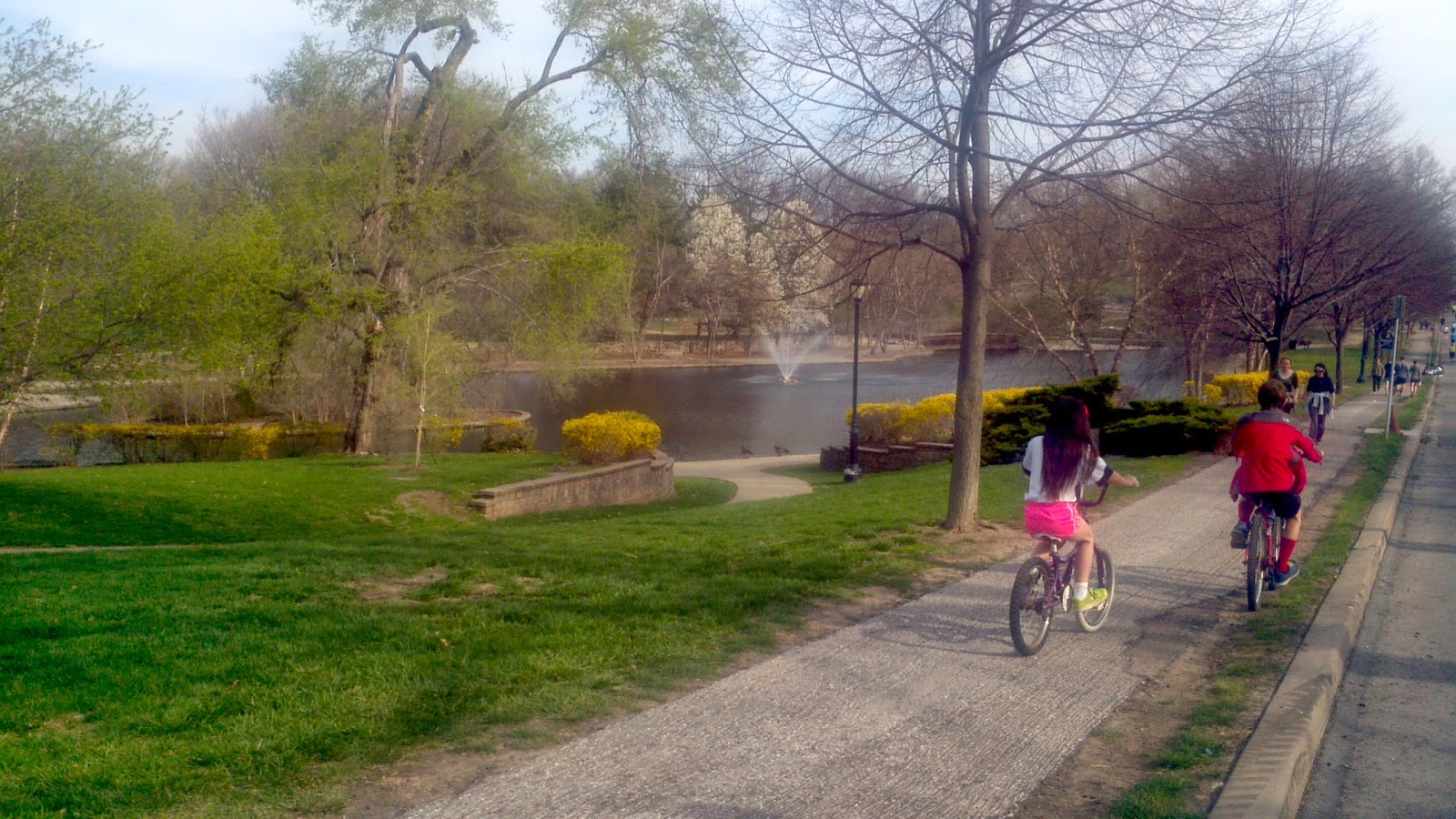 The half marathon is run along the Ward Parkway, which is a beautiful area on the Missouri side of the Kansas City metro area.  The farther North we ran on the parkway, the bigger the lots and the houses got. 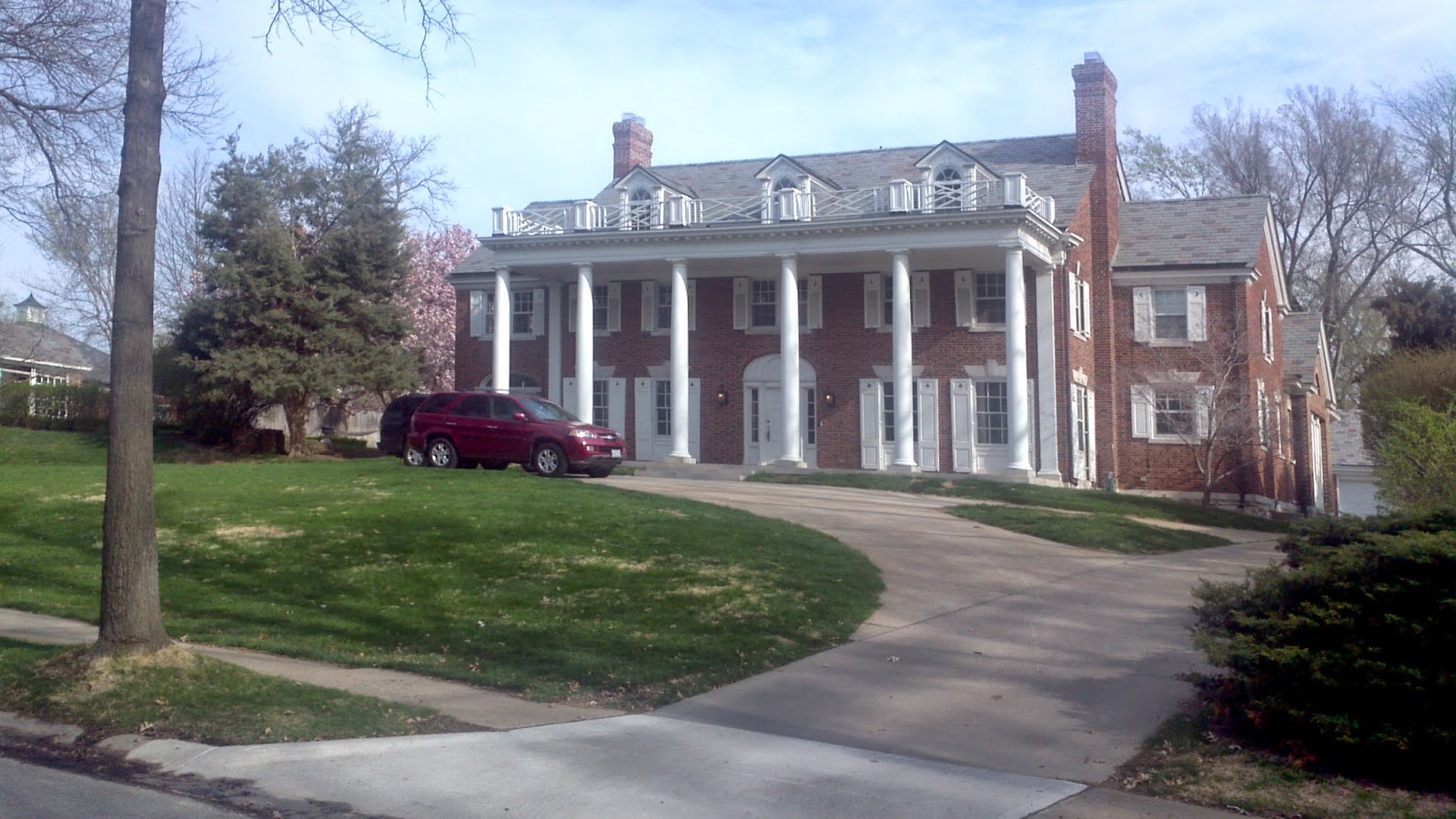 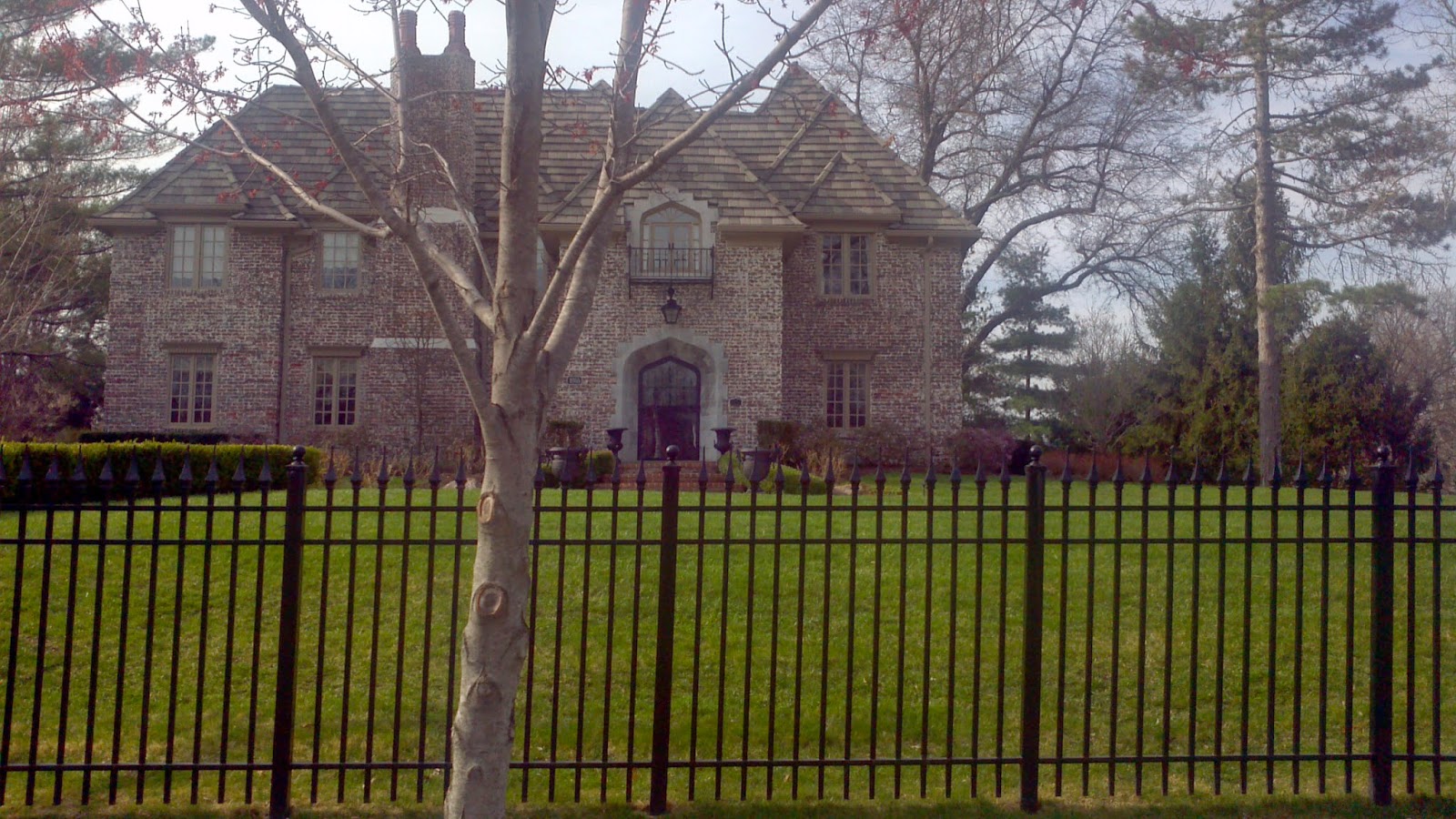 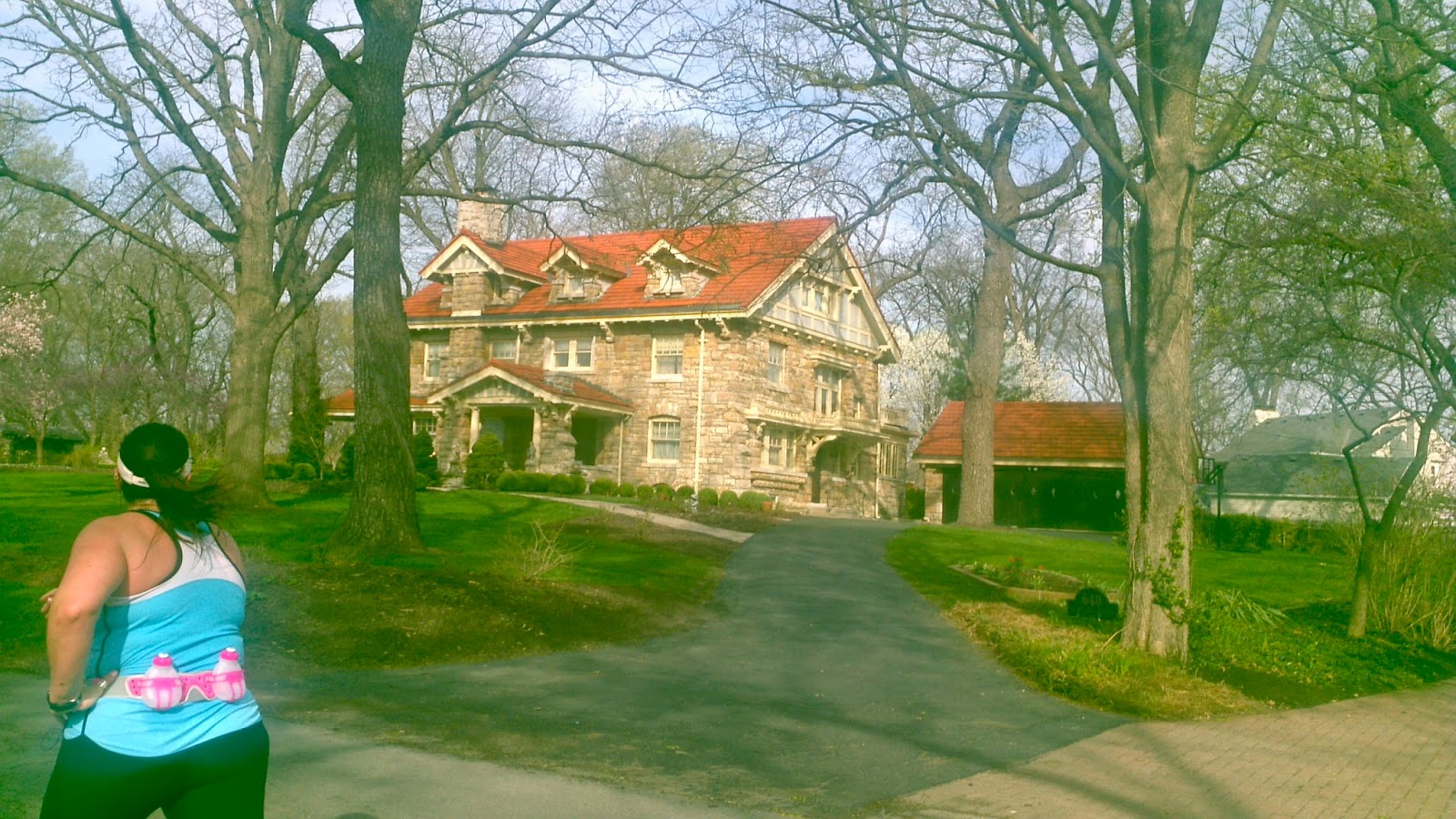 In addition to the great course support, there were also some great signs.  I love the "Hurry up I'm hungry" sign. 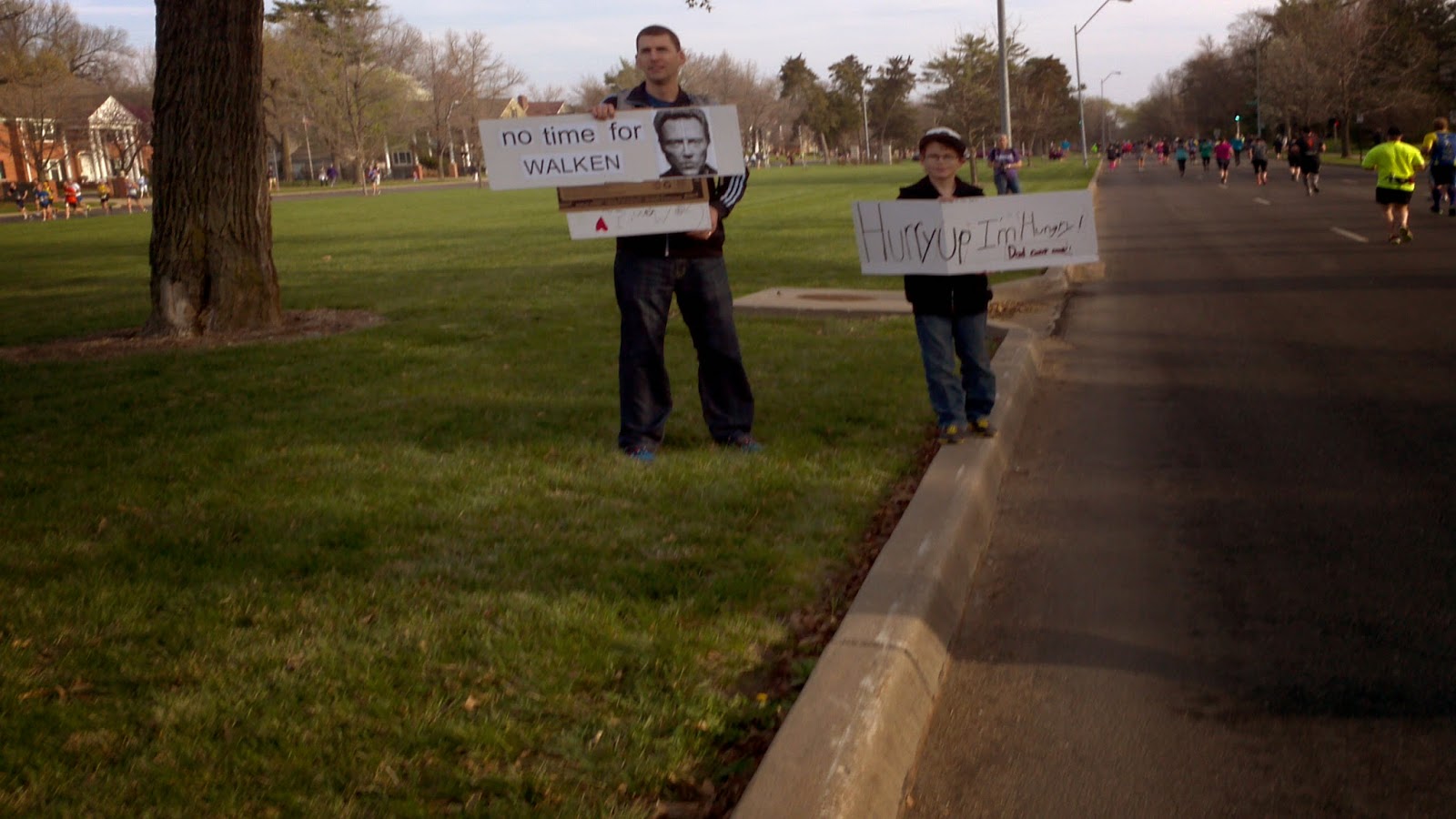 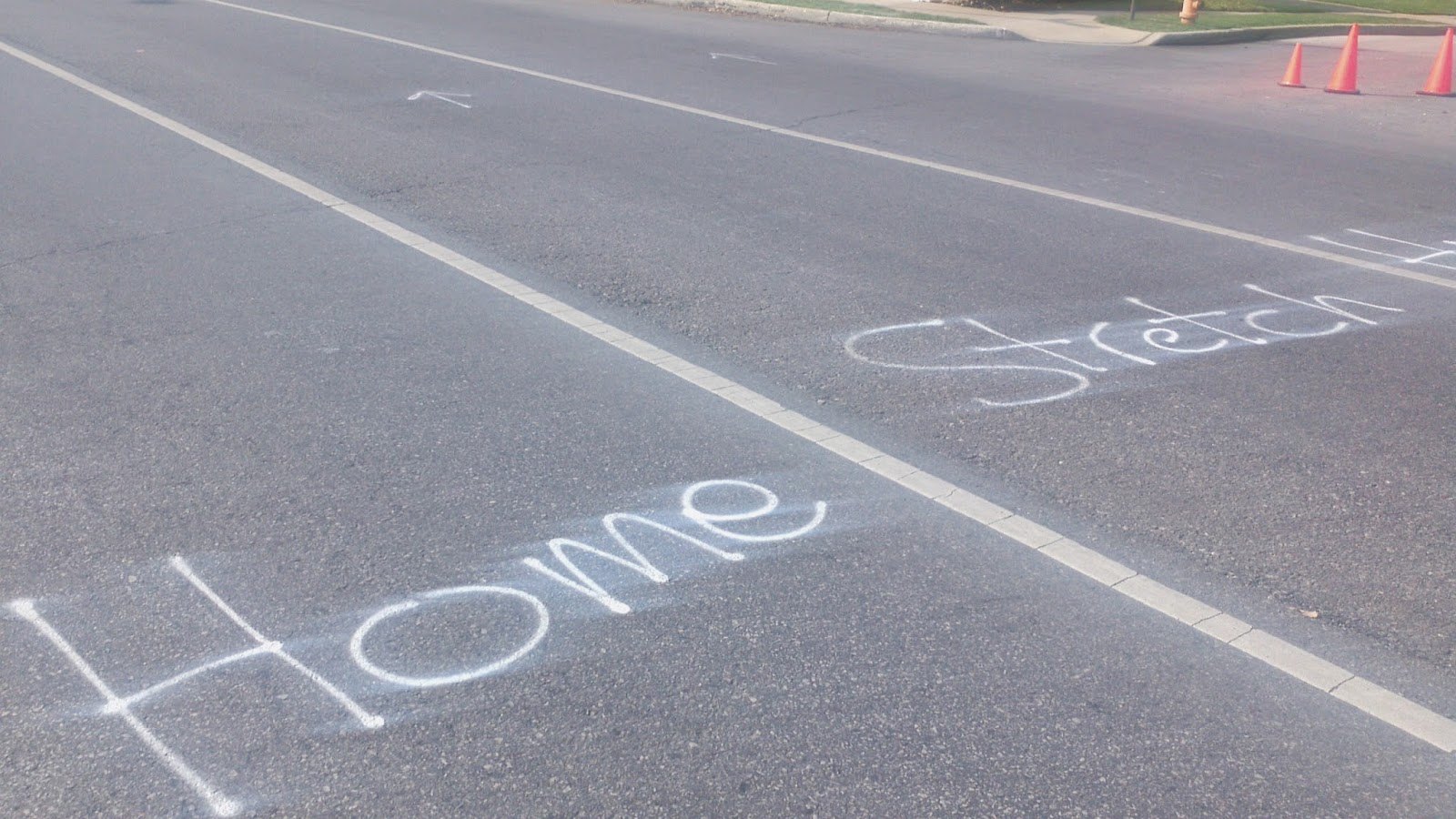 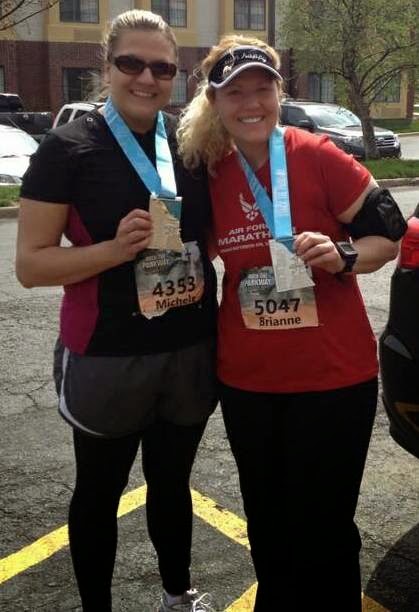 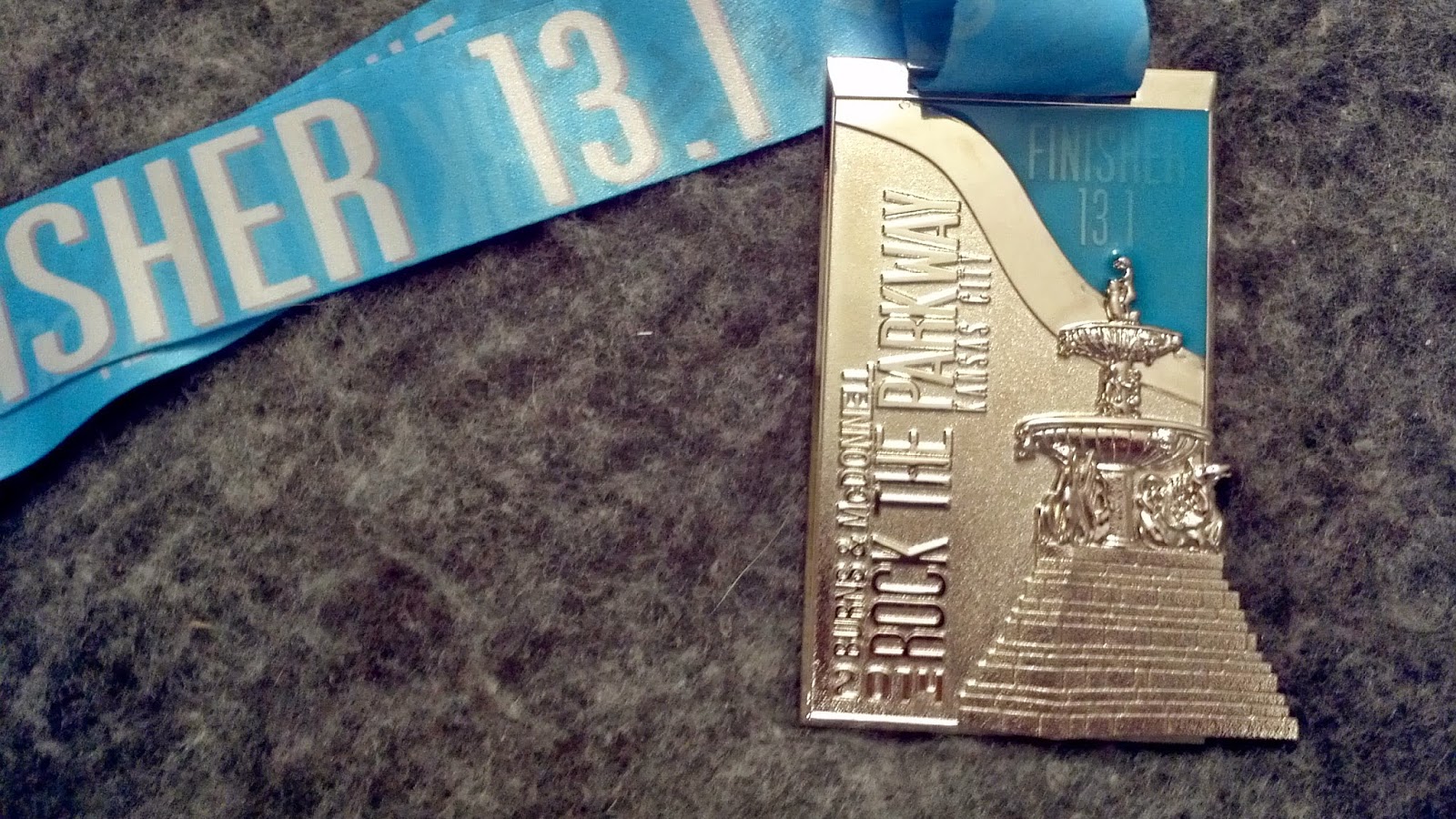 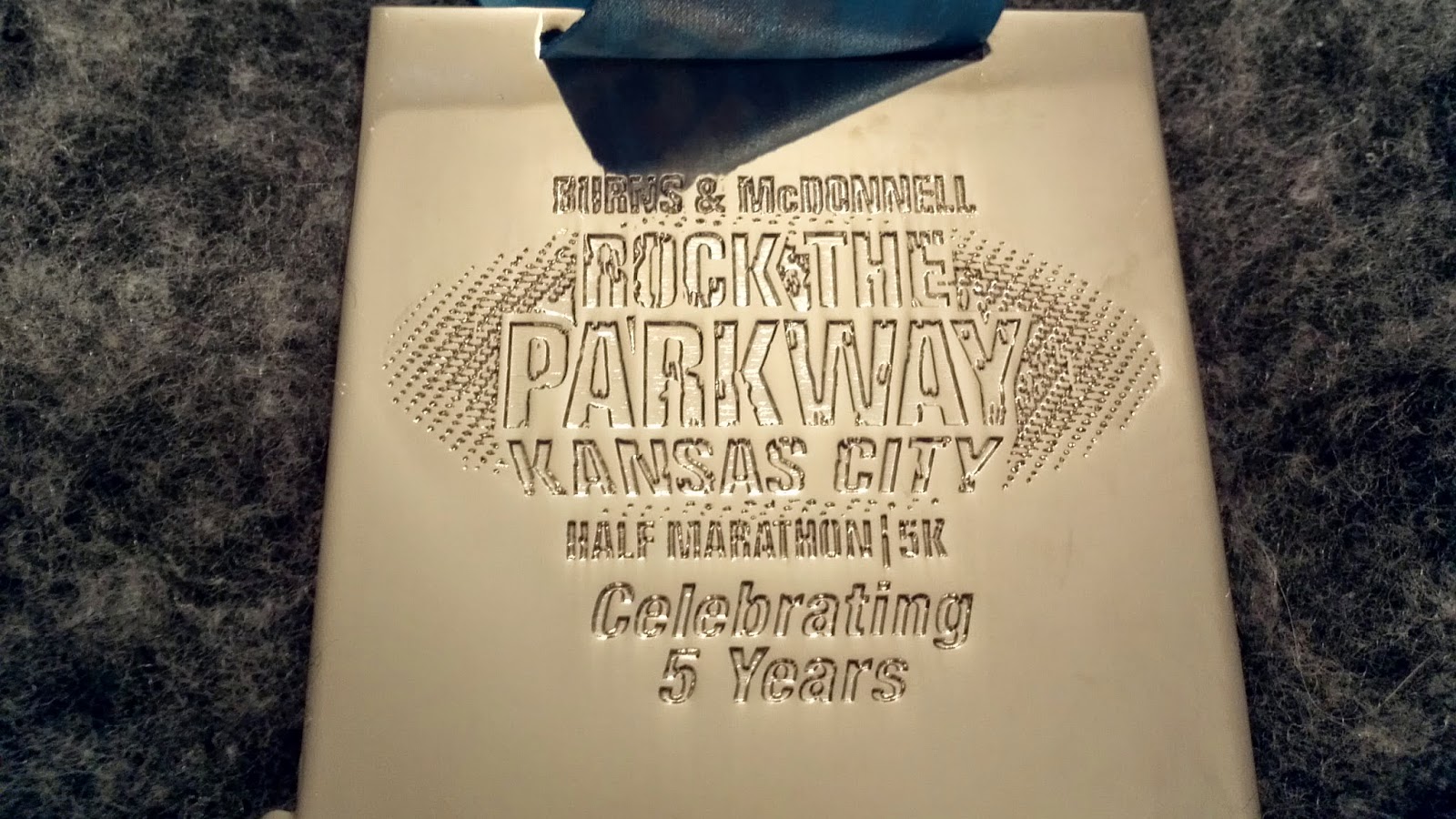 After we cleaned up, we spent the afternoon being tourists as tour guides Michele and Travis showed us around Kansas City.  The weather was perfect, so we spent as much of it outside as possible.  I would definitely recommend spending time in the Power and Light District which contains many restaurants, bars, and entertainment venues. 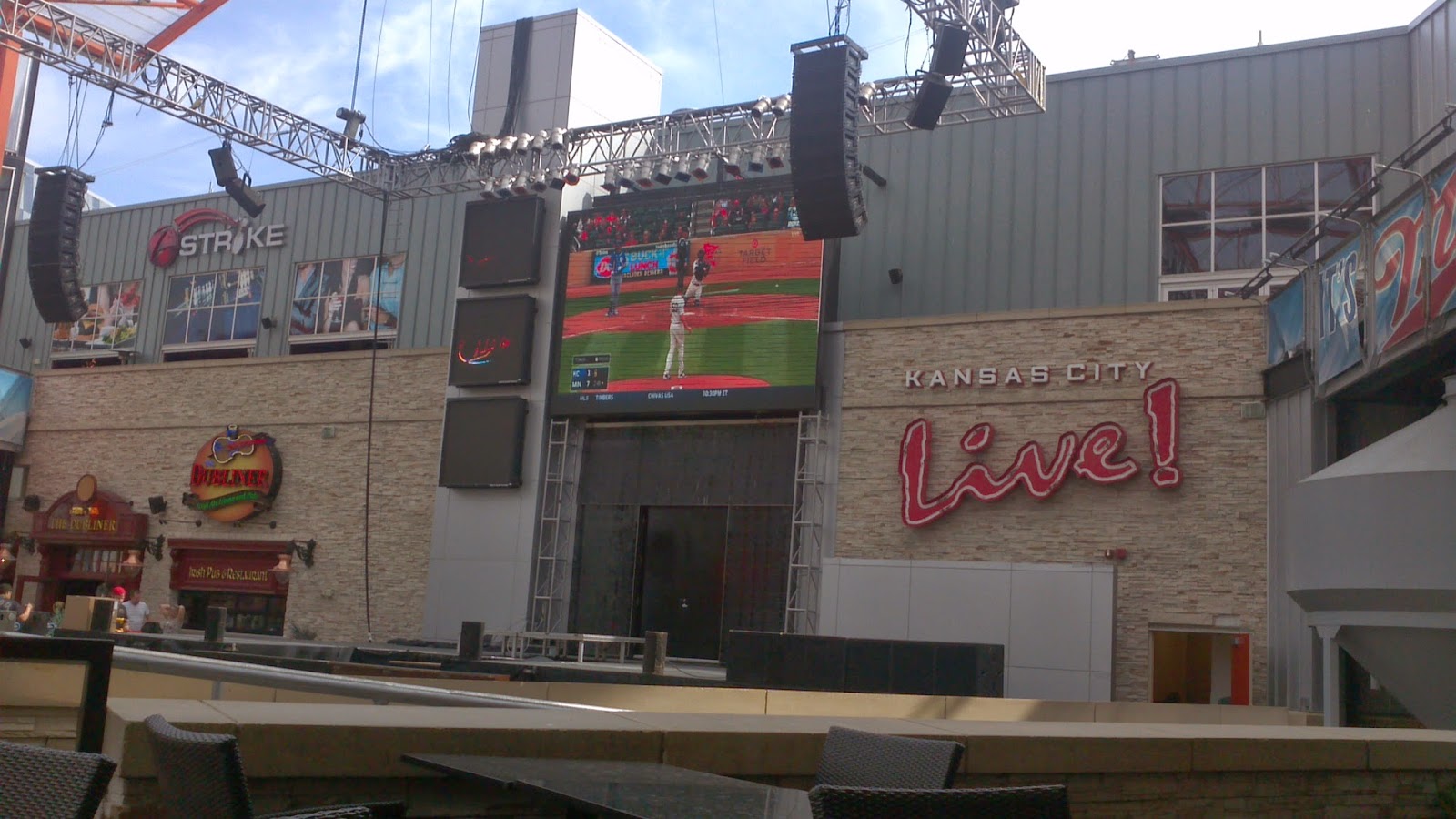 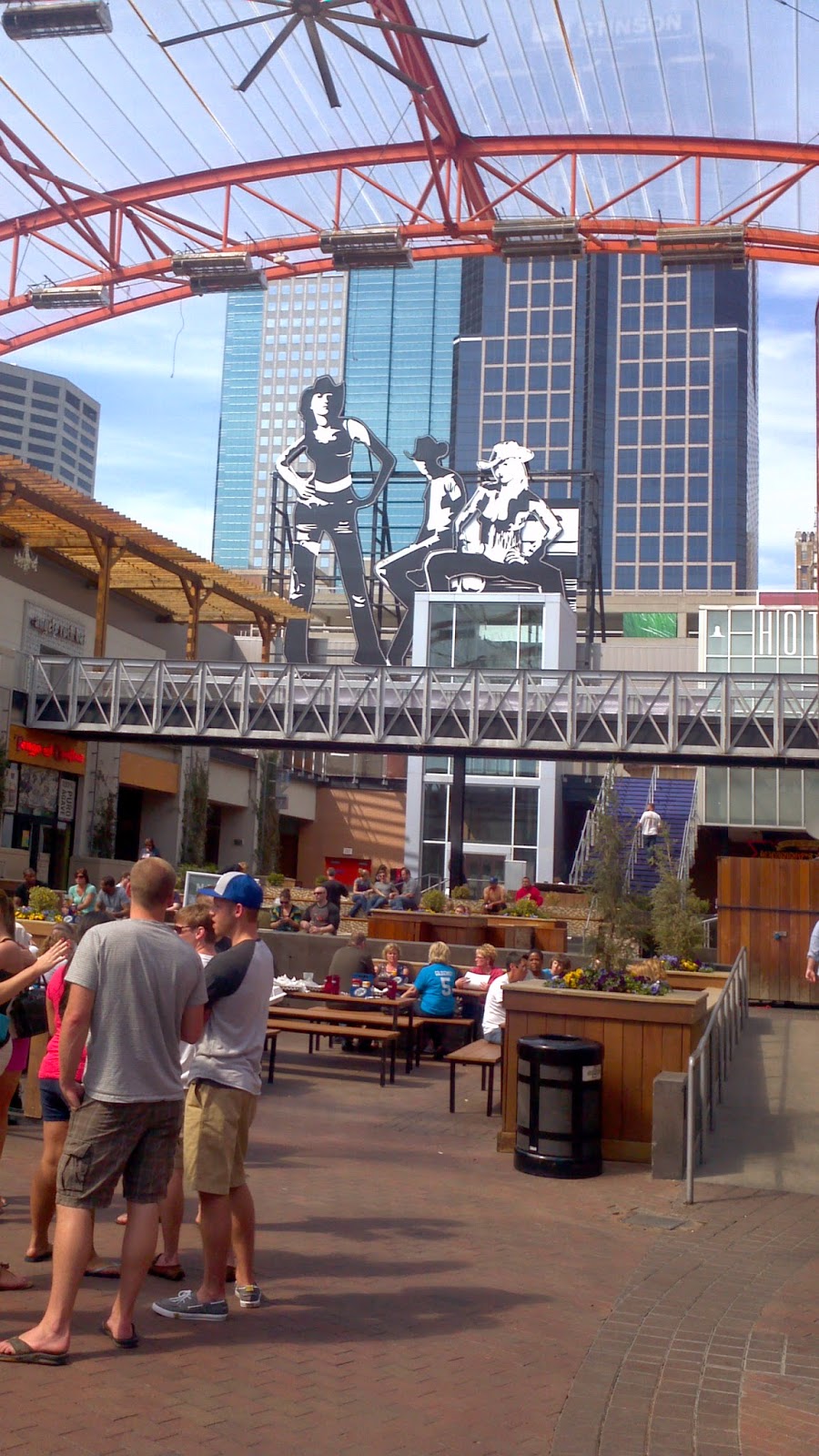 Overall, the Rock the Parkway Half Marathon was a great experience.  The expo was quaint yet I left with a list of other Kansas City area races to add to my list, the race course was scenic with manageable rolling hills, and the t-shirts and medals were top notch.  I would do this again, and I really enjoyed running yet another race with my friend Michele .
Posted by Bree at 9:23 PM