Insanity:
This morning I took my 4th Insanity class at the gym that I work at part-time.  I convinced a co-worker to go with me for accountability and so far, we have both loved the class!  The class is as intense as it sounds.  From the warm up to the finish, you only get a few 30 second breaks which fly by.  The remainder of the class is completely exhausting.  One of my New Year's Resolutions was to become a regular in a class at the gym, finally I can mark that resolution as "complete" or at the very least, "in progress."

Katy 80:
Back in 2012, I ran in the River to River Relay in Southern Illinois.  The relay race is so popular that I did not even get into the race with my original team.  I found a spot on a coed team that needed women.  I had not met any of the runners pictured below until the weekend of the race.  Until that point, I had also only run races for myself so to speak, and being part of a team racing to get to the finish line by dusk was an amazing experience.  Although we are all now friends through social media, I tend to keep in contact with Tim the most (back row, far right). 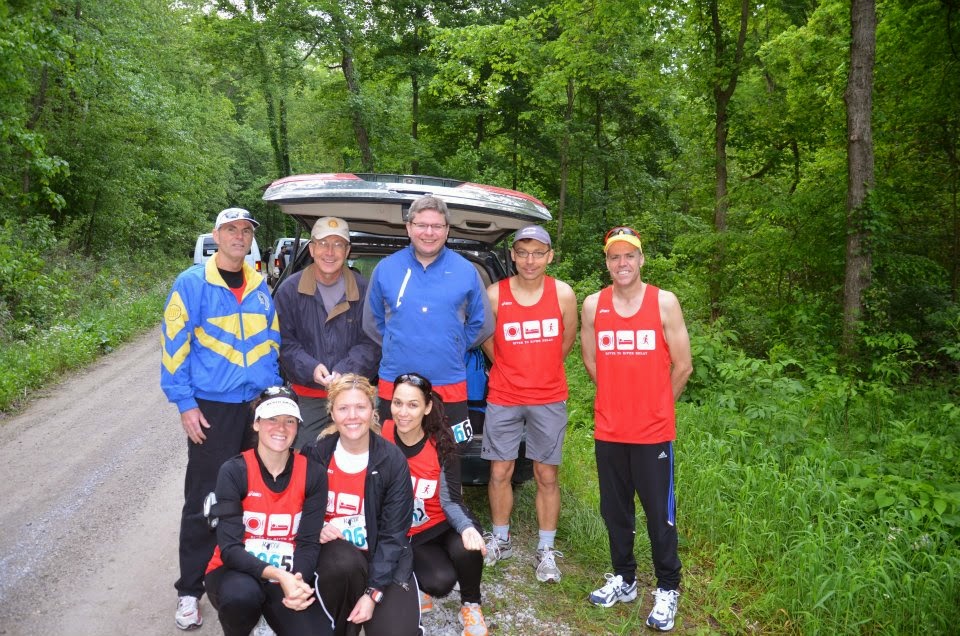 Out of all of my former teammates, Tim lives the closest to the St. Louis metro area.  We keep meaning to cross paths at a race, but we have yet to make it happen.  We have been talking about getting on another relay team together but every race he mentions, I am unable to run because I am already booked.  Recently Tim send me a text about a relay in my own backyard on the last Saturday in May.  It is the Katy 80 which is an 80 mile race on the Katy Trail, which is a State Park in Missouri.  Each team has six runners who complete three legs each, finishing in Augusta at the local brewery.  I convinced the co-worker who takes Insanity with me to run the relay, and then Tim found the remaining runners.  So I will know two of the runners, and will likely not meet the other three until race day.  Tim gave me the shortest "legs" in the race since I am likely the slowest and each team's average pace must be 10:30 per mile.  I am completely excited, not only because I get to see Tim again, but also because I get to spend an entire day bonding with a new team as we race to the finish line at the Augusta Brewery.

Summer Speedwork Sessions:
To help with my speed issue briefly mentioned above, I signed up for Big River Running's free summer speedwork sessions.  I have attended Big River Running's spring half marathon training program, and this summer I will finally take advantage of their track work sessions. Even if you are not a local, the link above still provides you with enough information for you to implement the same training at your location.  I am hoping that implementing the track workouts into my summer training will help shave some time off of my fall half marathons.

Walking Club:
It wasn't until Monday, that I realized tomorrow was May 1st.....that is how busy I have been lately.  May 1st is when I begin volunteering with a walking group for people with developmental/intellectual disabilities.  I am very excited about this opportunity.  So excited in fact that I forgot when it started!  The walking club will become part of my cross training schedule in May and June, and it will help me to slow down and smell the roses so to speak since I am often so focused on the end result and not the journey itself.

Interview with River Town Run Half Marathon race director:
I am running a brand new half marathon May 18th called the River Town Run Half Marathon in Washington, MO.  When I received the first race update email, I responded to see if I could email them questions I had about the planning of the race.  I thought that this would be a great opportunity to get some insider information on a race before I actually ran it.  Last week I was able to touch base with one of the people involved in the planning of this race.  She offered to answer my questions over the phone rather than email and when all was said and done, she had given me an hour of her time and offered to answer other questions I have along the way.  Look for more information in the race recap a day or two (maybe three) after this inaugural race!

New bling that isn't a race medal:
After a very busy couple of weeks, the bracelet that I had ordered through a local boutique finally arrived.  I wanted to support a local store rather than ordering the bracelet online, but you can click here to order yours.  I think of it as a way to show my runner pride in a way that is more modest than a race shirt or medal. 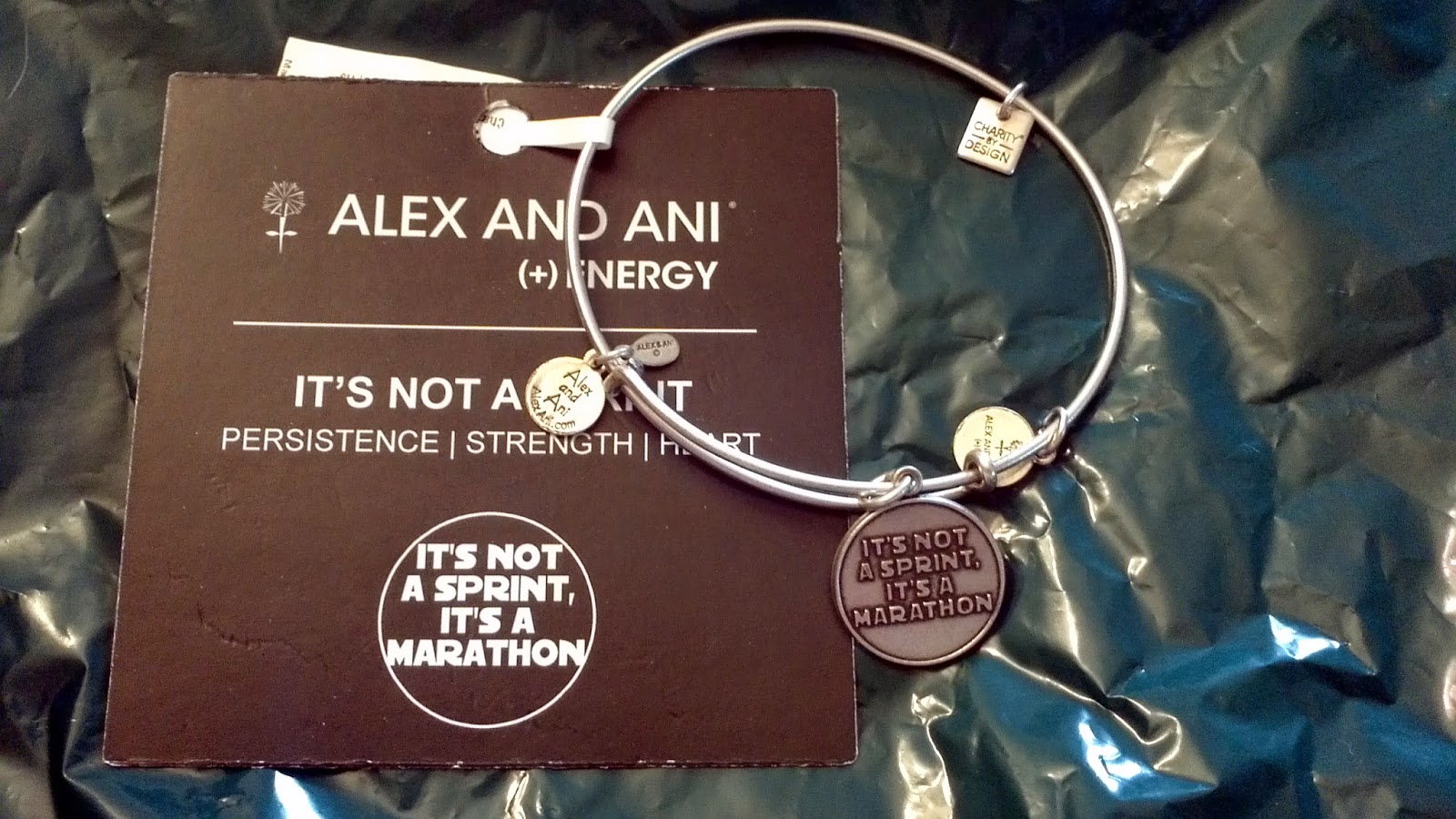