My 30th Half Marathon and a Mother's Day Dedication

As you can read from the About Me section to the right, I started running while living in DC and I now live in St. Louis.  I LOVED living in DC being surrounded by landmarks and museums and the St. Louis skyline makes me smile every time I lay eyes on it.  Last weekend I fell in love with a new city four hours East of here; Indianapolis!

The One America 500 Festival Mini Marathon was the 3rd race that I have run in Indianapolis but this time, I saw the city from an entirely different perspective.  Each time we have come for a race we have stayed downtown, which is well worth the extra money.  Indy is a very walkable city and the downtown area is filled with great hotels, restaurants, museums, various monuments, a zoo, pro and minor league sports venues, and a shopping mall with a movie theater on the top floor.  The downtown area is also connected via skyways so that in bad weather, you can get to a lot of buildings without ever having to go outside.  We did not stay at the host hotel , which was the Westin Indianapolis.  Instead, we typically stay at the Crowne Plaza which was across the street from the race expo.  In general, I recommend staying downtown for this race but I also recommend this hotel specifically because of the historical significance, the train rooms, and the ghost people (see picture below). 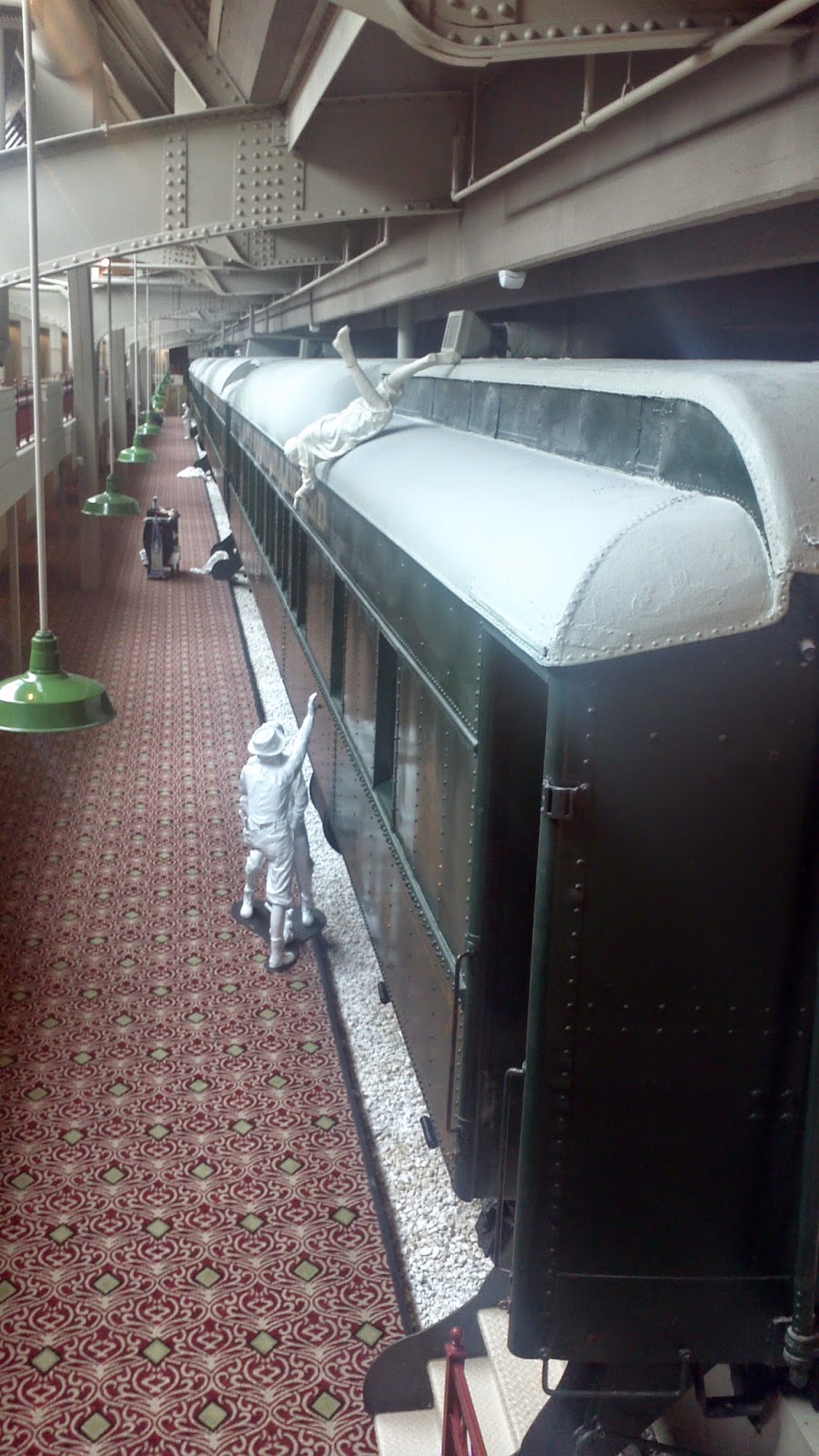 The expo was one of the largest I have been to and there was no shortage of things to snap pictures of, see, and purchase.

The swag: The t-shirts were long-sleeved and although they weren't the mesh/tech fabric that I am used to, I loved the design and the color!


I LOVED that the bibs had maps of the corrals in the context of downtown streets on the back.  What a great idea, yet I have never seen this done before. 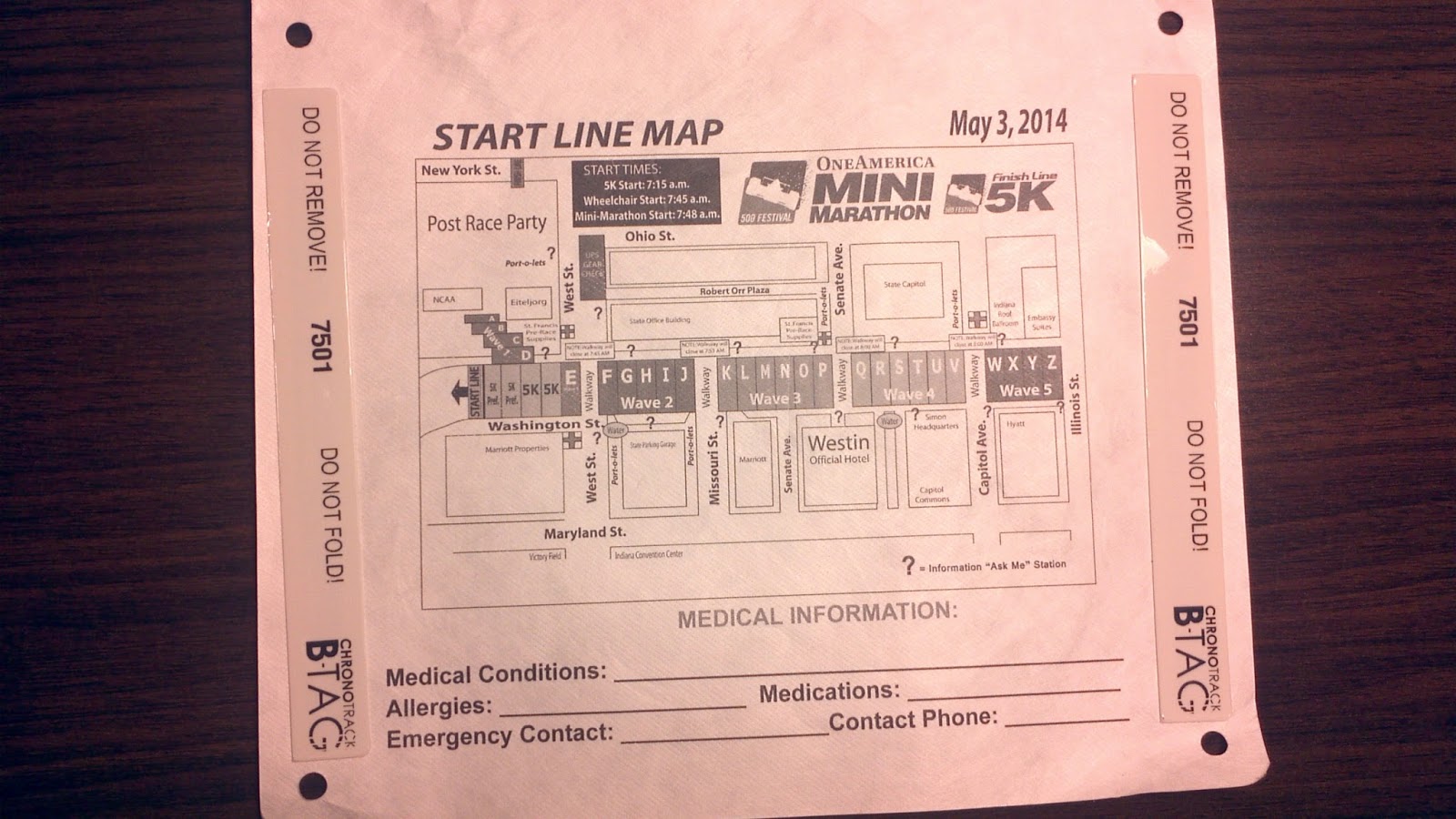 This race was the only one I have seen that started the 5k before the half marathon.  Mom and John started their race around 7:30 a.m. and since I was staying so close to my corral, I was able to stay in the hotel and watch the start of the 5k and even the start of the half marathon before I had to get to my corral.  The weather could not have been more beautiful, so I snapped quite a few photos along the route.

This half marathon had no age minimum and while I was waiting to start I met these guys.  Graham (12248) is only 9 years old and this was his first half marathon!  His older brother who is just 14, was running his 4th half marathon.  I was able to talk to their father for a few minutes and he said that as a family, they started a challenge in October 2013 to run a race each month for a year.  Last month they were in St. Louis for some of the GO! St. Louis races.  I thought that this was such a great idea, especially doing the challenge as a family. Wow!  Way to go guys, you are an inspiration! 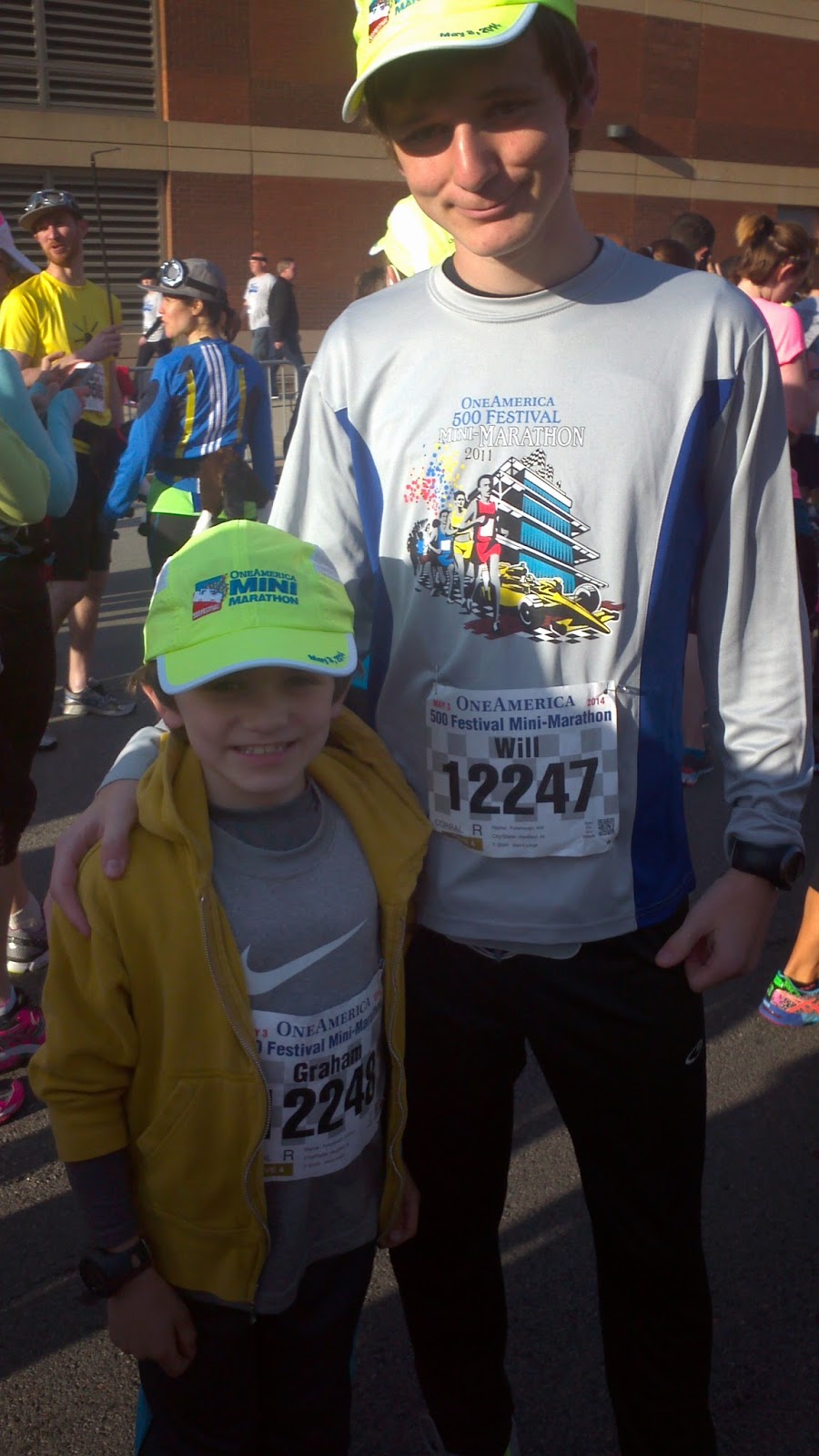 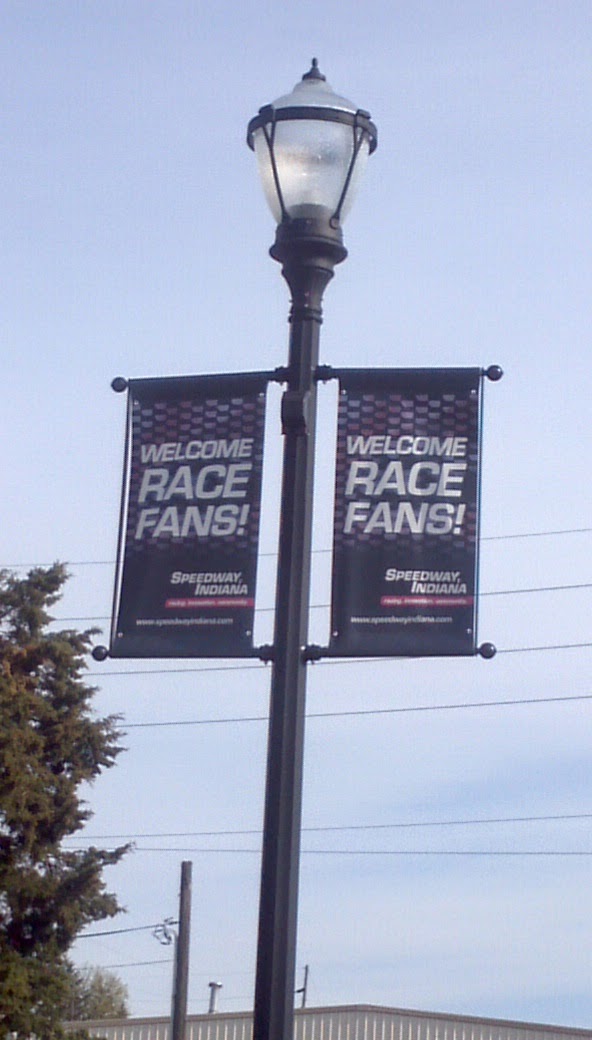 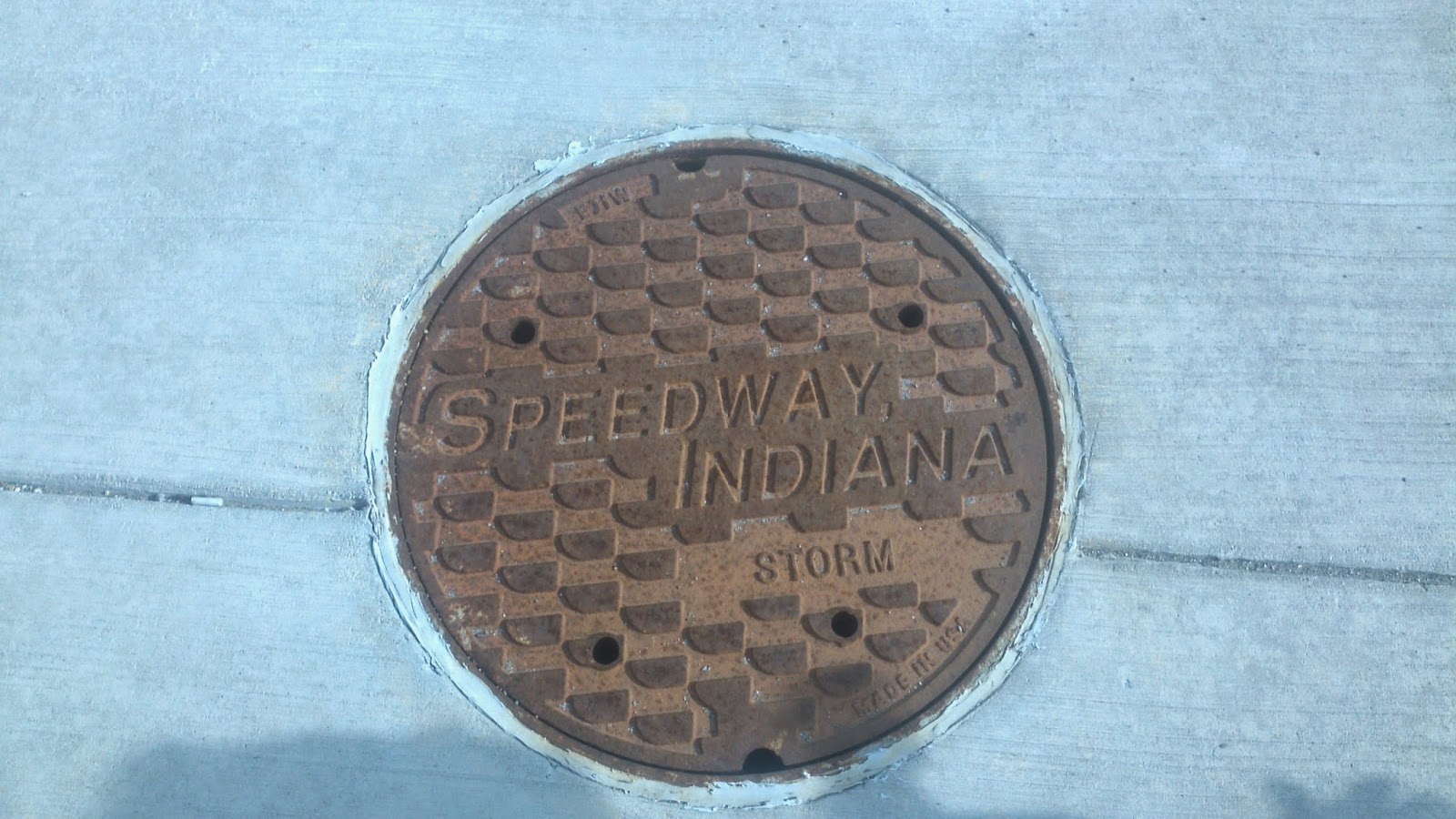 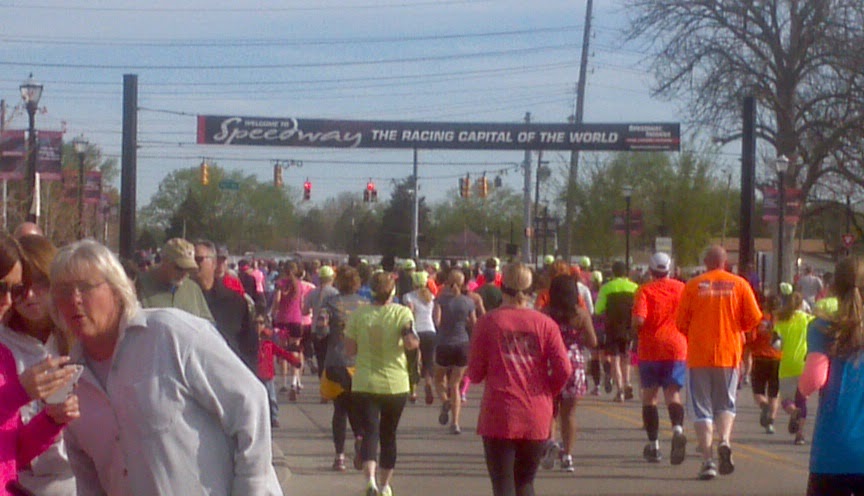 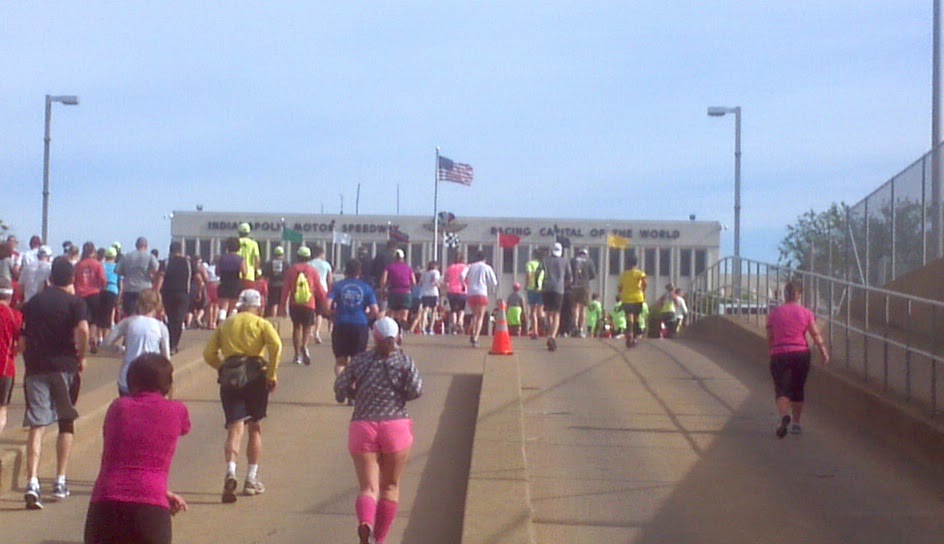 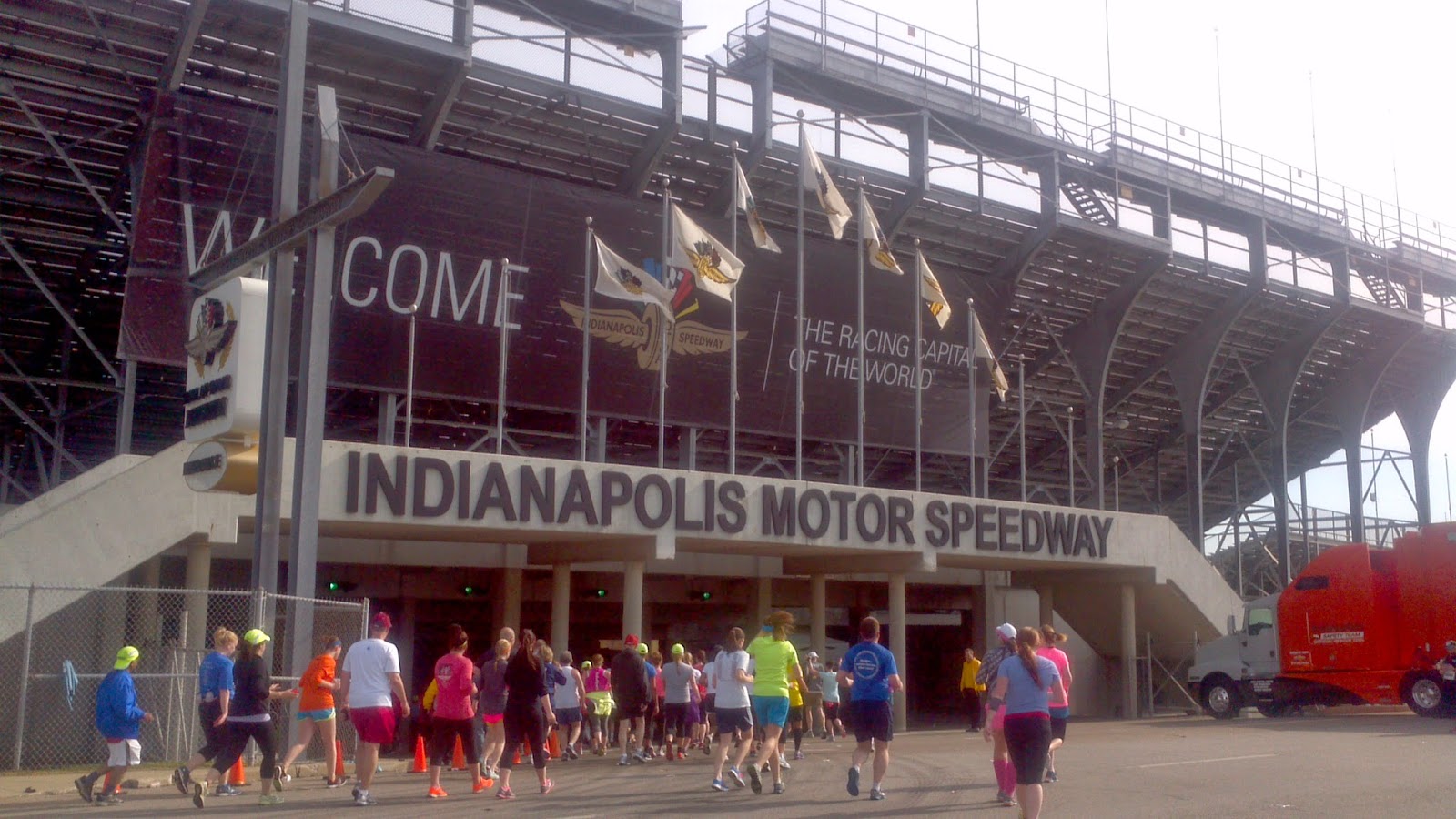 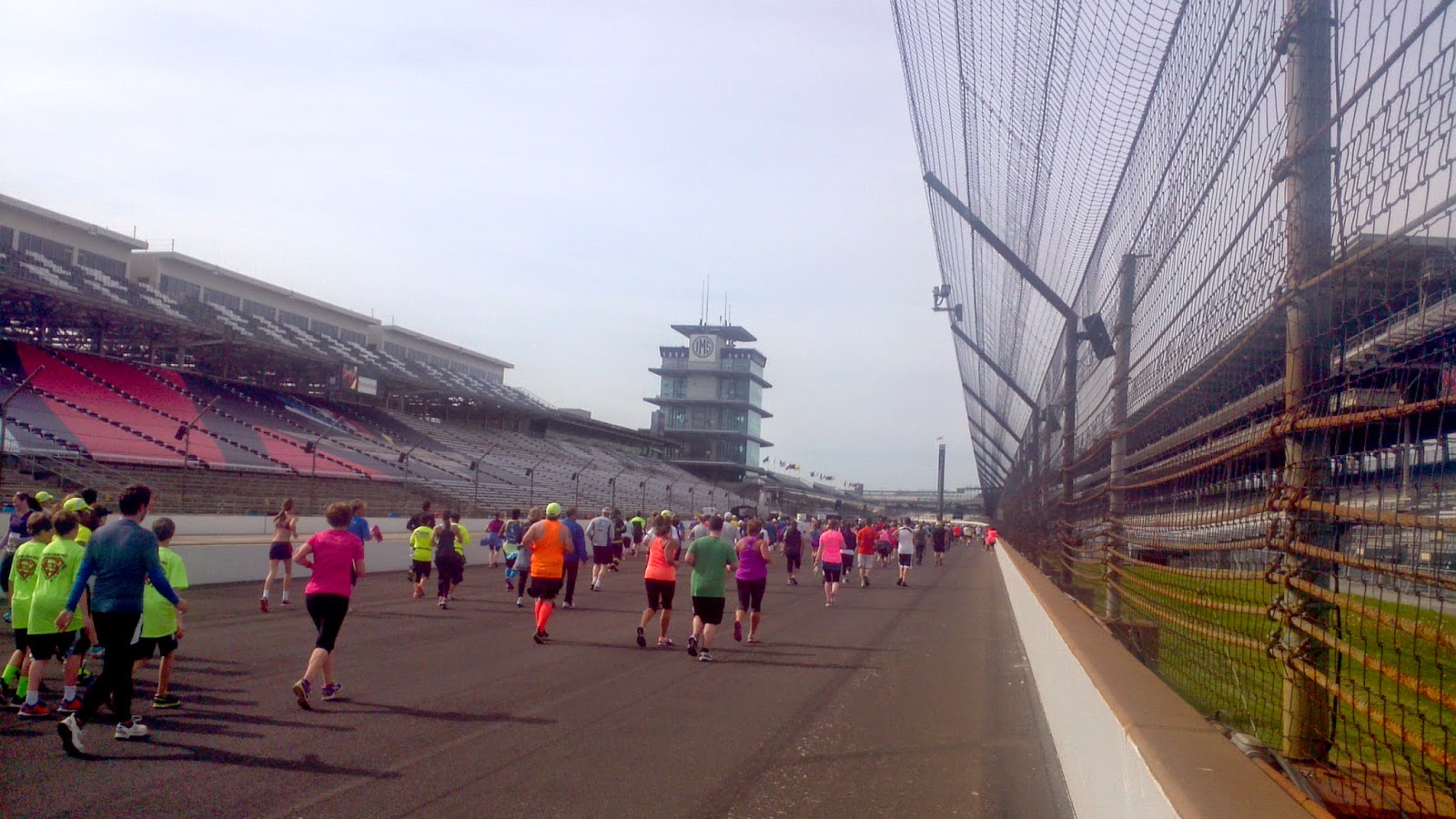 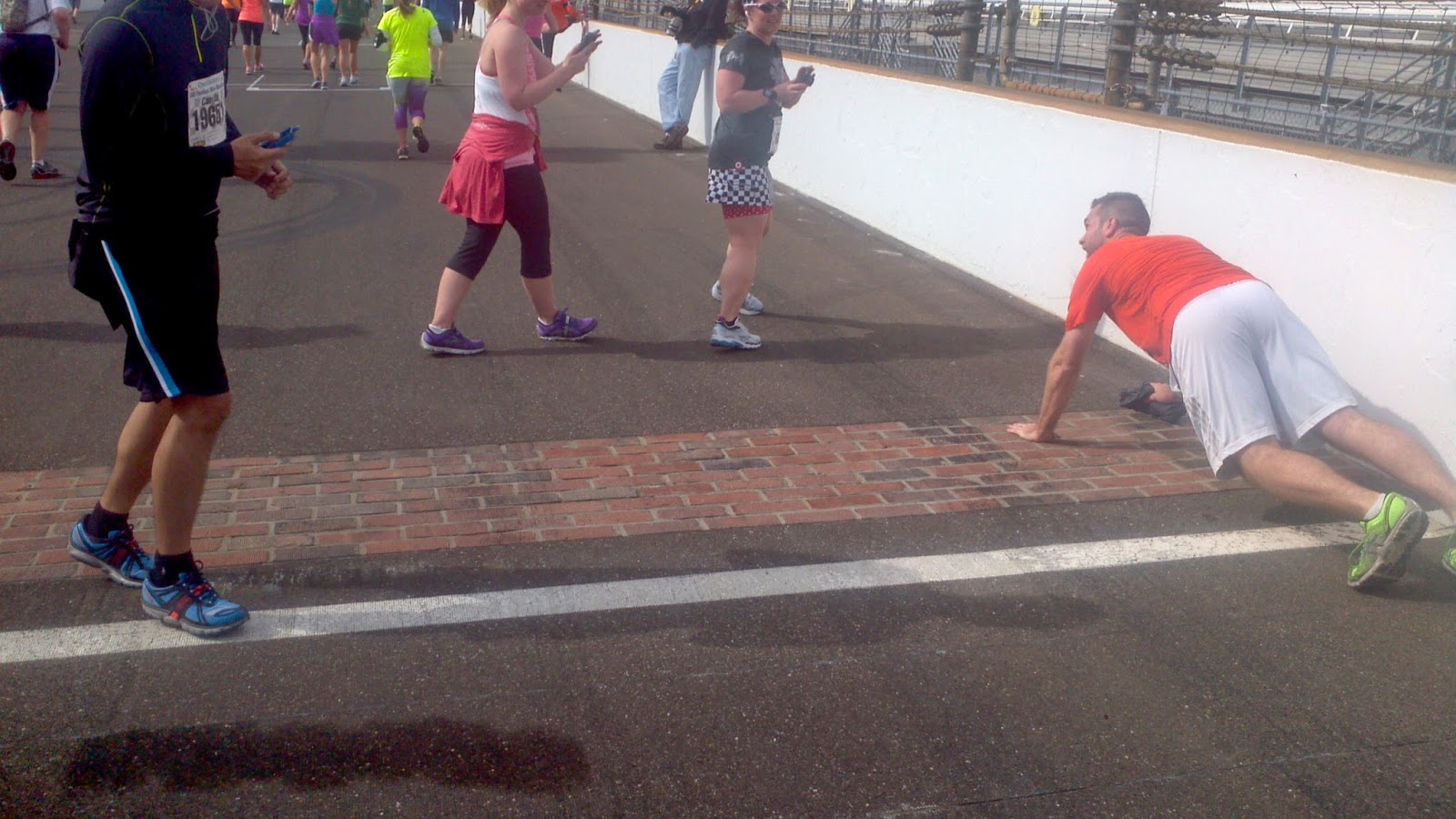 At the finish you receive the coveted medal.  You also received a plastic bag, courtesy of Finish Line, to put all of your post-race snacks in.  Again, this seems like such a simple idea but I have never seen it done before this race. 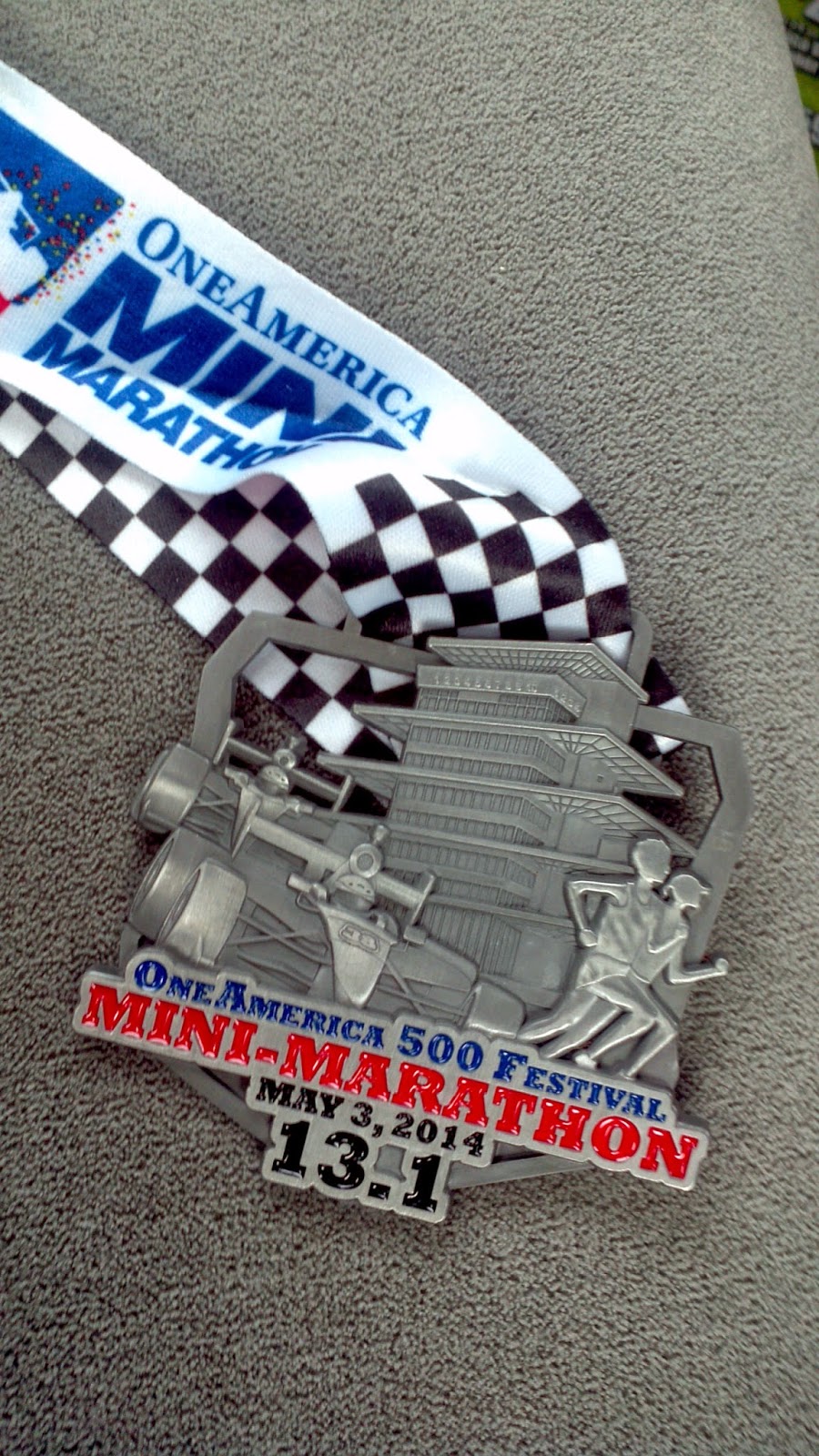 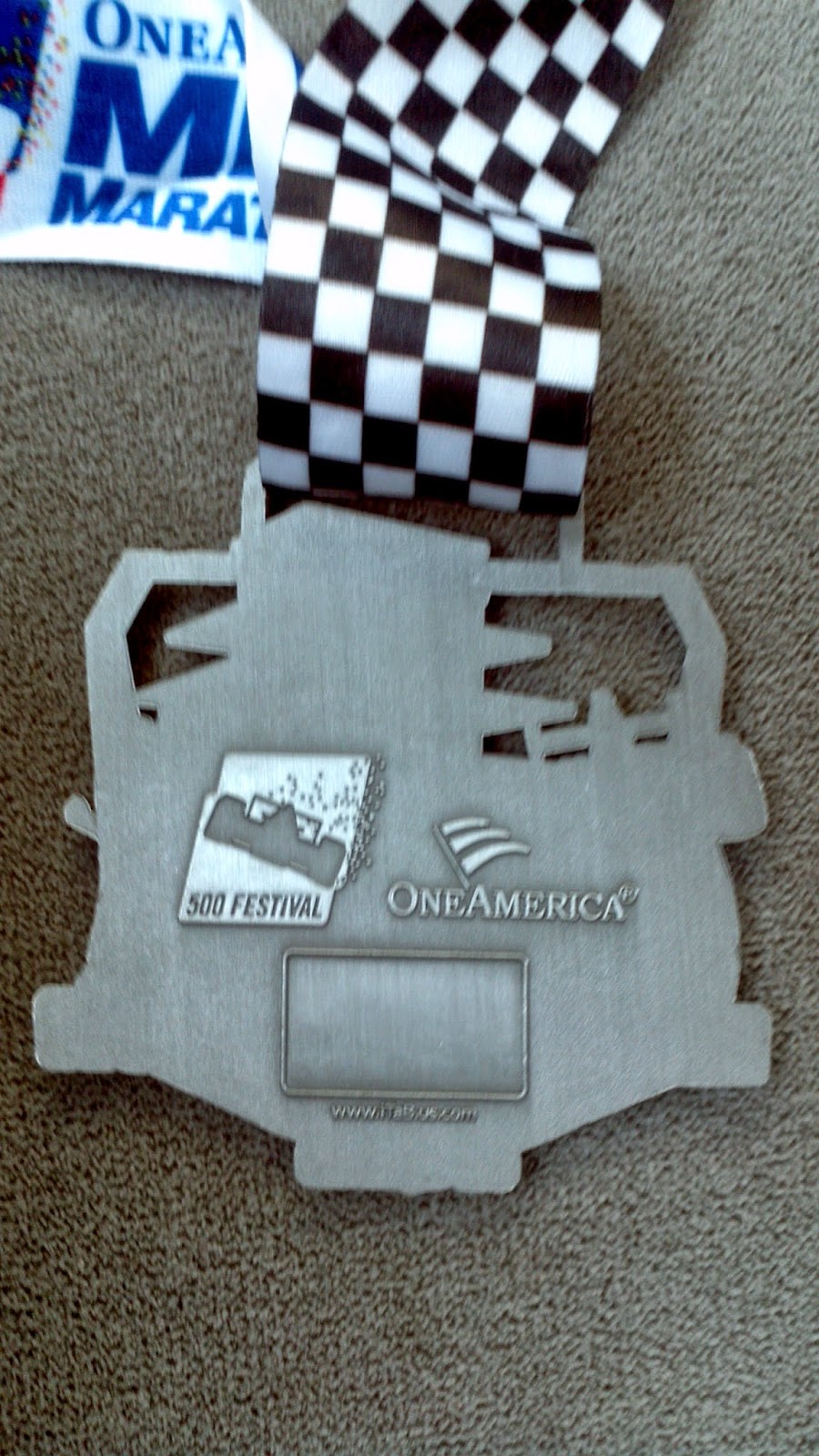 Overall, I would recommend this race to locals and out-of-towners and I would recommend spending a few extra $ to stay downtown.  You can't beat being able to walk to the expo, dinner, entertainment, and the start line.  Then you can get back to your hotel for a post-race shower in no time.  Being that this race is marketed as the largest half marathon in the country, expect constant runner density during the race equal to Disney or Rock and Roll races.  Even though there were around 30,000 finishers, there was never a shortage of water or Gatorade and volunteer support.  The race weekend discounted rate for the 2015 race just ended but when registration opens up again this fall, seriously consider registering for this race.

Mother's Day Shout-Out
This Sunday is Mother's Day and I have to take a second to thank the woman that carried me for almost 10 months.  That same woman flew to Baltimore to cheer me on for my first half marathon.  She has been at every Disney race I have run and she was in Indianapolis when I crossed the line at my 30th half marathon.  Thanks Mom for always supporting me and the crazy/random goals I set.

Happy Mother's Day to my Mom as well as all of the other Moms who are runners, or support their loved ones at races.  We couldn't cross the finish line without you!