I am running the River Town Run Half Marathon tomorrow in Washington, MO.  The original plan was to pick up my packet on Friday evening at the Fleet Feet in Fenton (South County) and then relax on Saturday in preparation for the race Sunday.  Mid-week I was given tickets to the Cardinals-Braves game from my job at the gym, and I couldn't say no.  You can't beat this view! 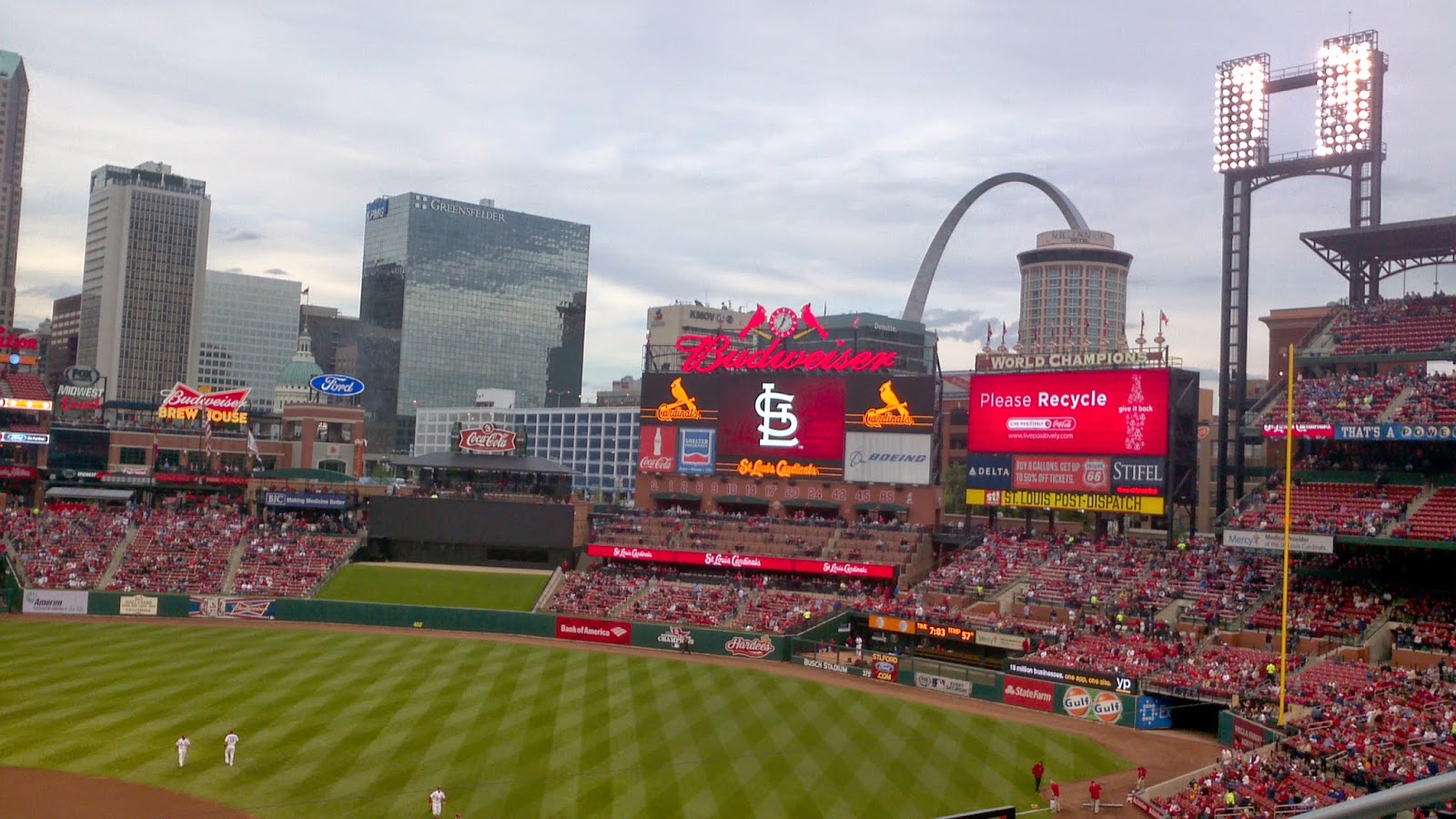 Since I missed the Friday packet pick-up, I ended up going to Washington today.  The "most direct" way to get to Washington from St. Charles is to take Highway 94, which is one of the most curvaceous roads I have ever been on.  It is really a shame that I have lived in St. Charles for over a year now and never driven down this stretch of 94.  This area of Missouri is called the Missouri Rhineland and I can honestly say that for a while, I felt like I was no longer in Missouri.  There was a cycling event on the highway as well, so you really felt like you were in Europe and every few miles you would see another sign for a winery.  At one point we were stopped for the cyclist, so I was able to take a photo of one of the vineyards.  Beautiful!  As I said, this is the most direct way to Washington but it is also considered the scenic route, so you just can't plan on getting anywhere quickly because you never know what you will come across. 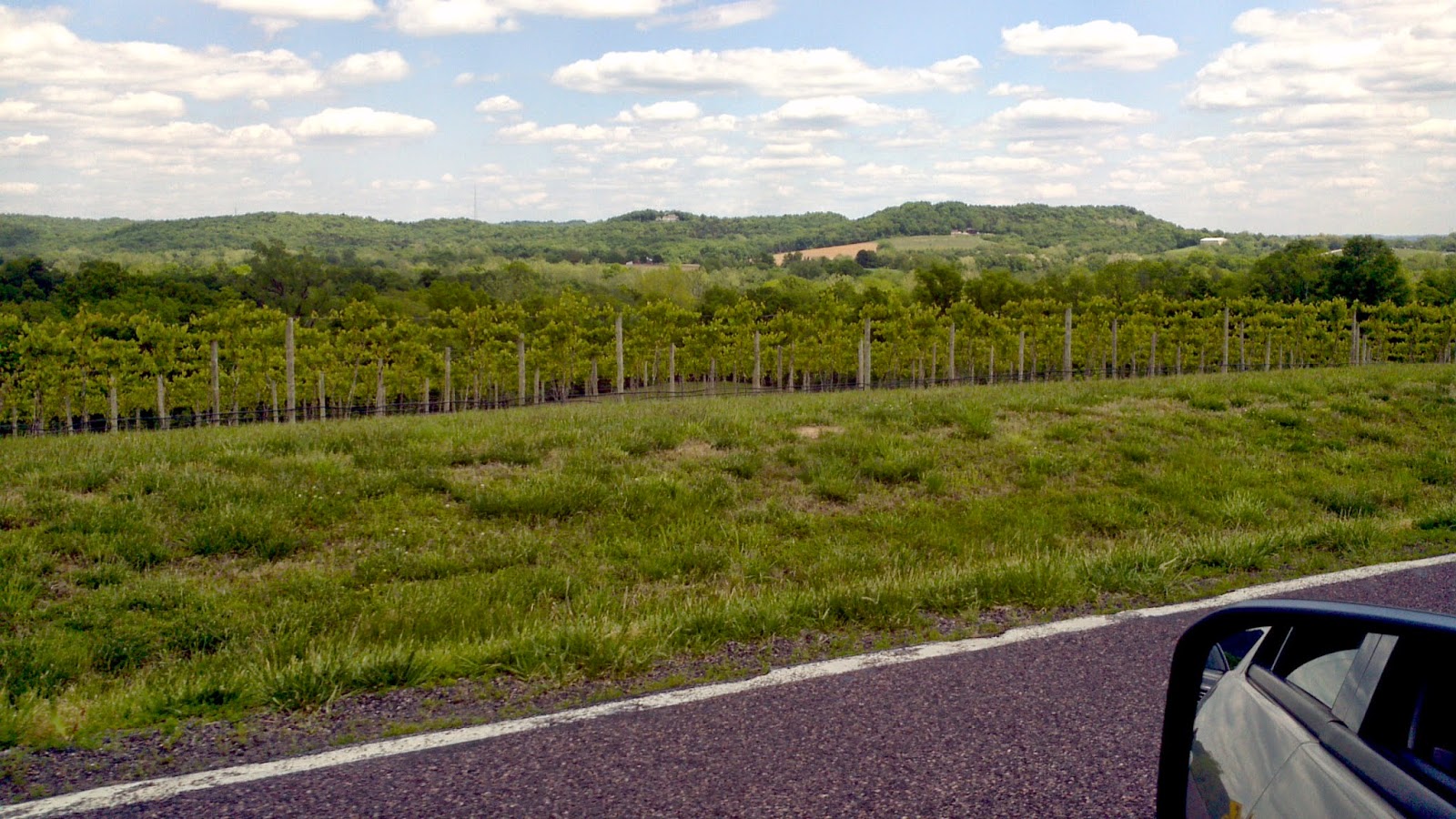 Once I finally crossed the bridge into Washington, I quickly picked up my packet which included a tech shirt, frisbee, fliers for other races, chapstick, sunscreen, shoe laces, various coupons, information on local organizations and businesses, a nail file, and a red bracelet from Curiosity+Heroin whose website provides information about the dangers of heroin.  I then headed downtown to check out the Art Fair and Winefest.  I parked near the river, and got a great view of the bridge and the park. 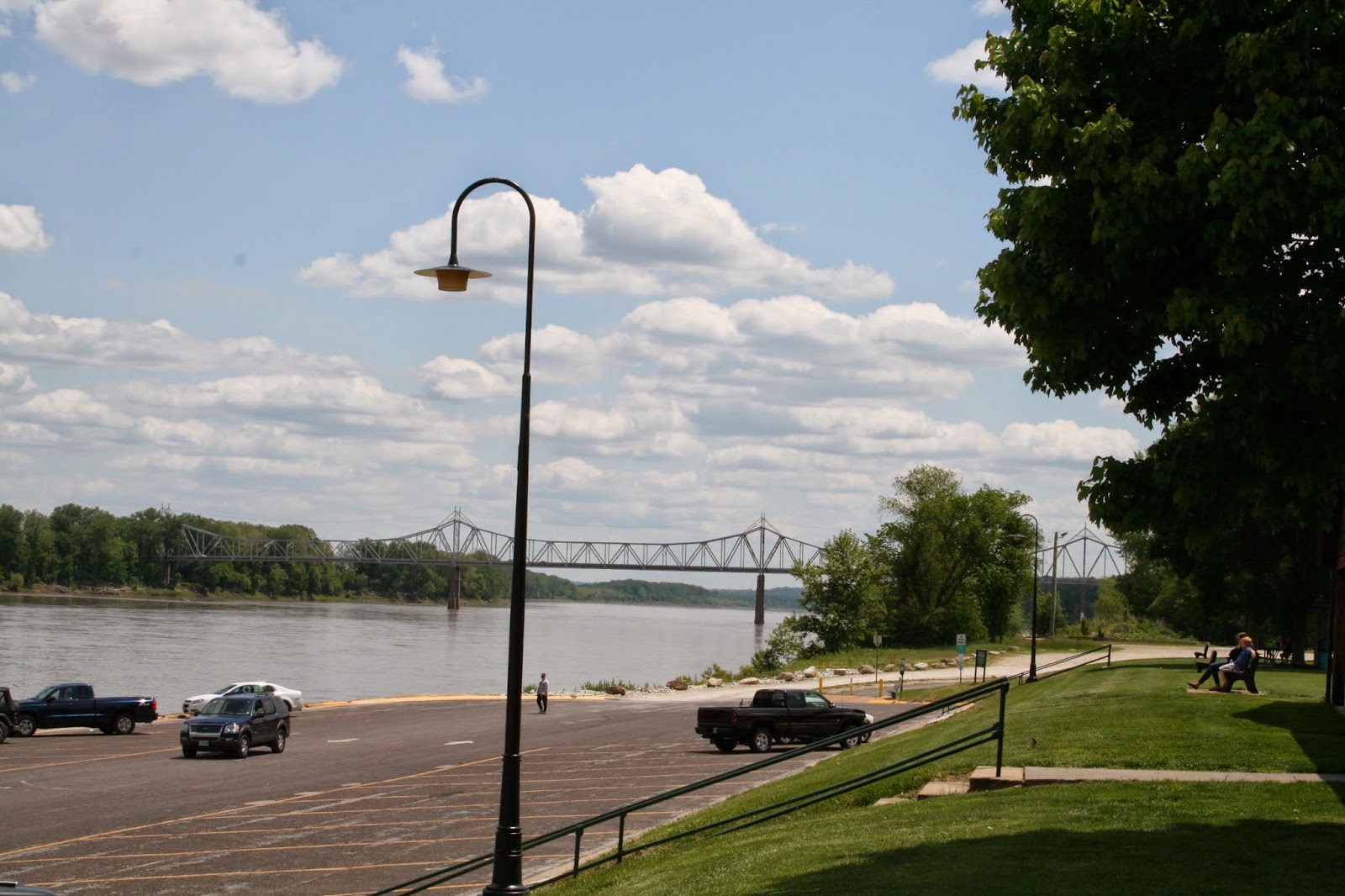 The festival had many tents with arts, crafts, food, wine, and beer.  Live music was also playing throughout the day. 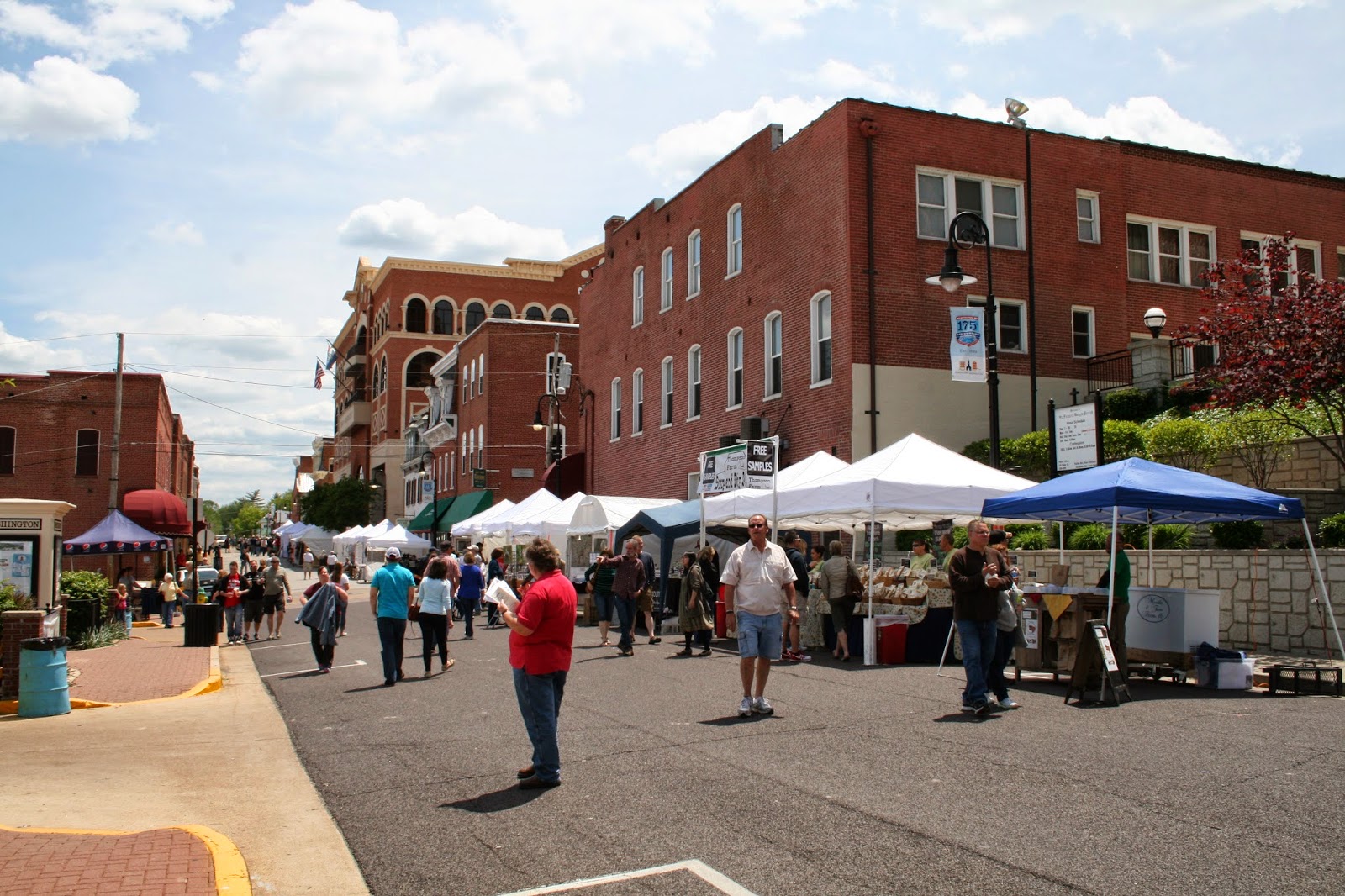 You probably did not know that Washington is the Corn Cob Pipe capital of the world. 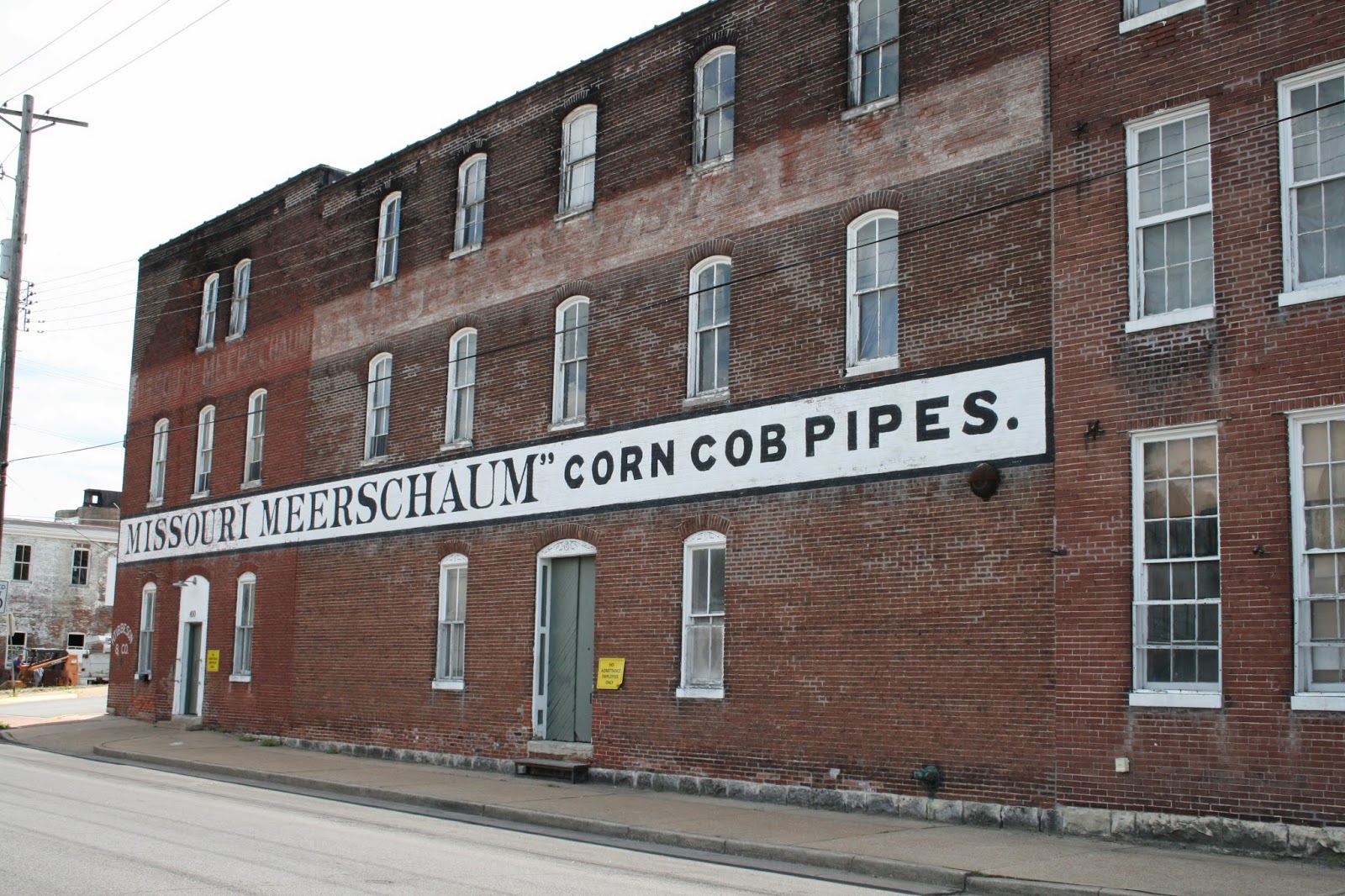 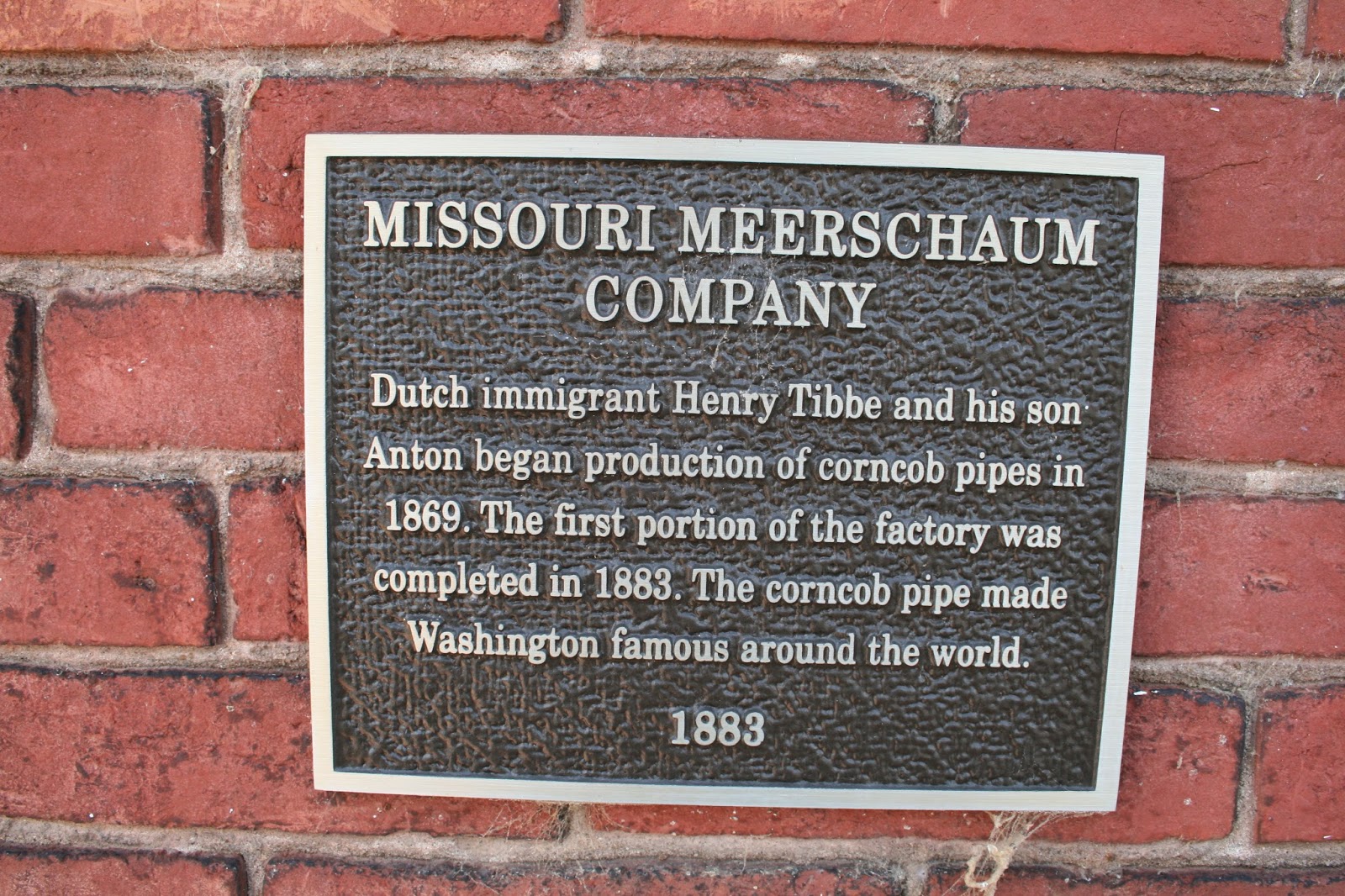 So now I am relaxing and planning on going to bed soon.  The journey back to Washington will take me no less than an hour and the race starts at 8:00 a.m., but I like to be there early with plenty of time to kill.

Good luck to anyone racing this weekend!
Posted by Bree at 9:09 PM