After last year's mother-daughter trip to Nashville for the Rock 'n' Roll race, we decided to extend this year's trip to four days instead of three so that we would have more time for sightseeing.  Since we arrived on Thursday and the Kentucky Derby Mini Marathon was Saturday, we had ample time before and after the race to tour the city.

Coming into race weekend, we knew that we would at least visit the Louisville Slugger Museum and Factory which was one block from our hotel.  This museum was our first stop Friday morning and we were able to get tickets for the 10:20 a.m. tour.  Tour tickets were $16 for adults, which was well-worth it because we learned so much more about baseball AND you get a mini bat at the end of the tour.  You aren't allowed to take pictures during the tour, but I did take the photos below before the tour began. 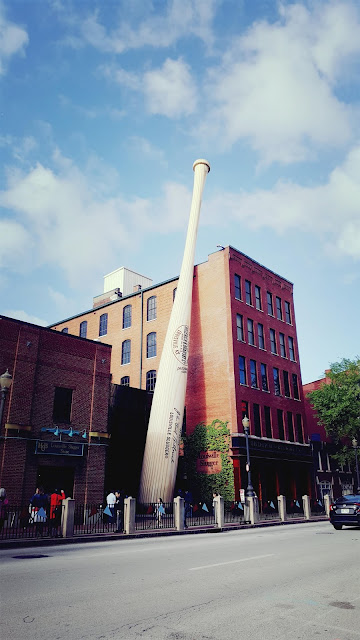 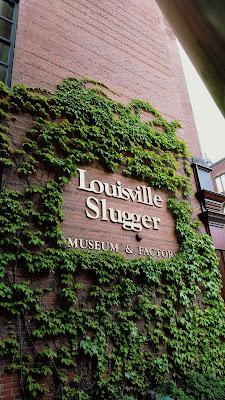 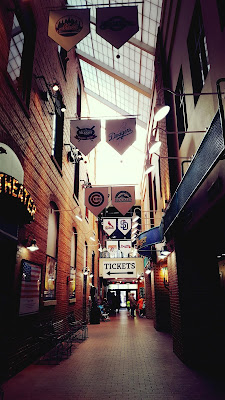 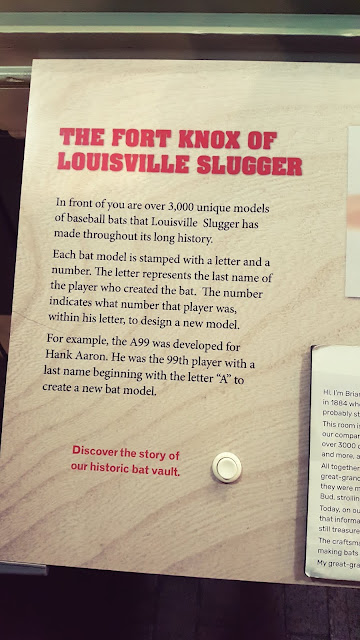 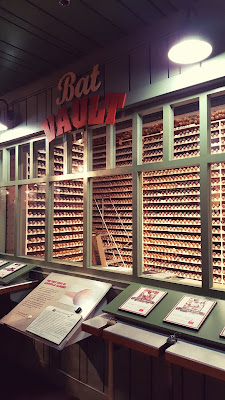 The most surprising tour of the weekend was the Evan Williams Bourbon Experience, which was only a few blocks from the Louisville Slugger Museum.  We rarely drink so when I first read about this tour, I immediately thought that it wasn't for us.  But on Thursday evening, the woman working at a downtown Subway restaurant swore that this tour was still worth the time, even for non-drinkers.

The one-hour Traditional Tour and Tasting is $14 per person BUT non-drinkers get a discount as long as they mention that they are non-drinkers at the time of purchase.  Since we were on a mid-day tour, we were the only two guests so we were able to ask a lot of questions.  The tour included a lot of information about the history of Louisville, which actually owes it's growth to the Falls of the Ohio nearby.

Since we were non-drinkers, the guide gave us bourbon balls and water and still explained the difference between the four bourbons that we would have sampled.  The tour ends in the gift shop (of course) and to my surprise there were tons of bourbon sauces, seasonings, spreads, and desserts.  Even as non-drinkers, we both walked away with some delicious souvenirs. 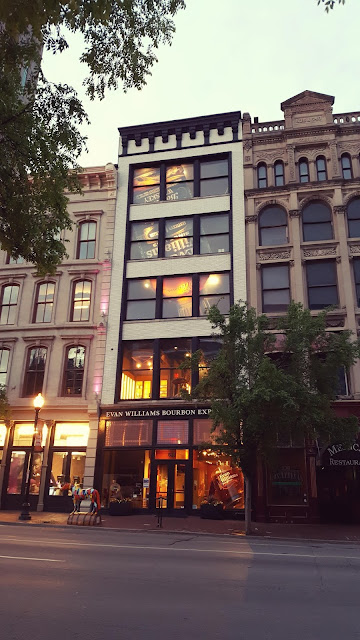 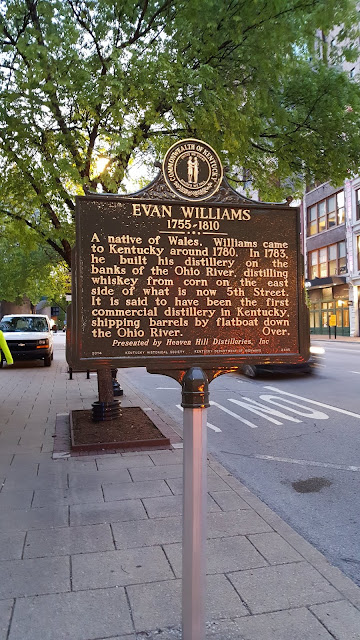 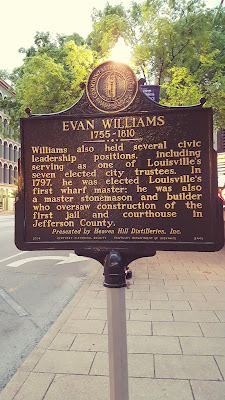 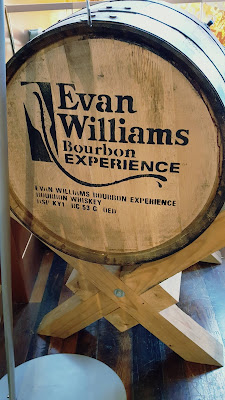 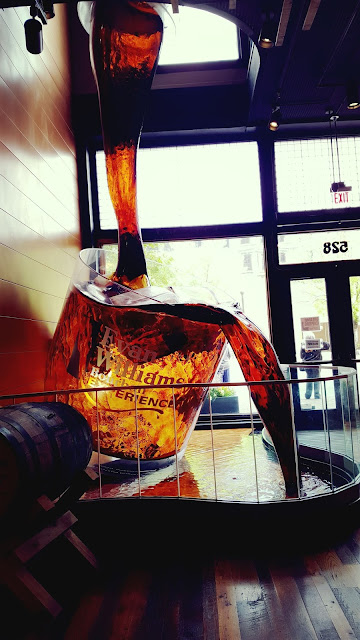 As we walked around downtown Friday afternoon, we came across random street art.  The first piece was in front of the 21c Museum Hotel David Statue which was inspired by Michelangelo's 16th century marble statue of David.  This statue came to Louisville in 2012 from Istanbul, Turkey via New York City. 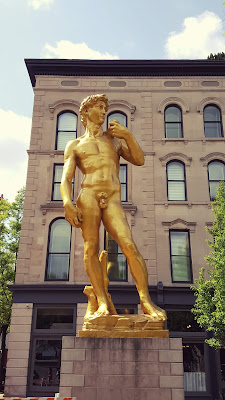 If you look at the roof of the 21c Museum Hotel, you will see random red penguins on the ledge.  Apparently the museum inside the hotel is free, but we didn't have time to check it out. We'll save this for our next visit. 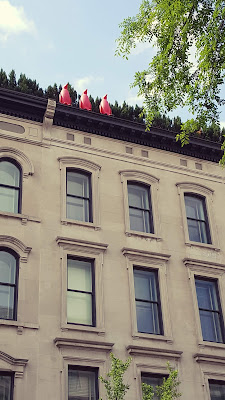 Also outside the hotel... 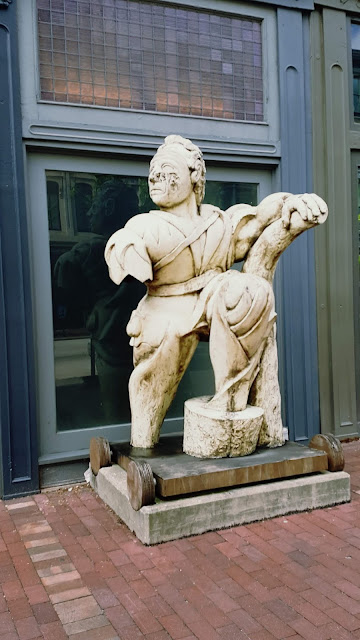 I have no idea who this statue represents, but I made mom pose with him anyway. 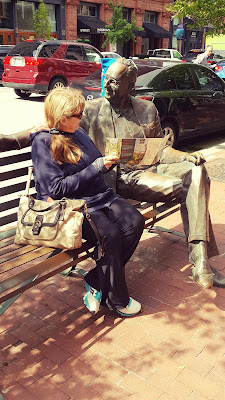 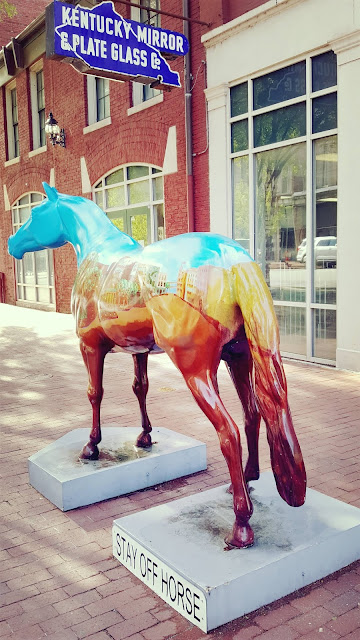 Looking back, I think my mural obsession started at either Rock 'n' Roll DC or Nashville last year.  Months before our trip to Louisville, I was researching murals there and saving their locations to my Google map in order to see which murals would either be on the race course or a short drive from other places we planned to go.  Then at the race expo, I picked up the Louisville Official Visitor's Guide which included more than 10 additional murals that I had not come across in my initial search.  Even leaving town, I saw at least two more that I couldn't pull over to take photos of so I am sure that by the time I visit Louisville again, there will be even more!


Murals along the half marathon course: 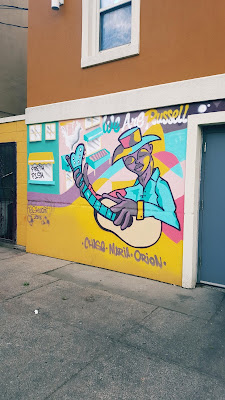 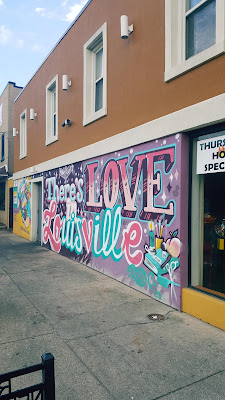 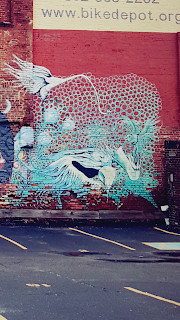 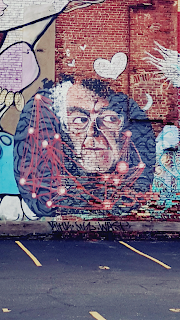 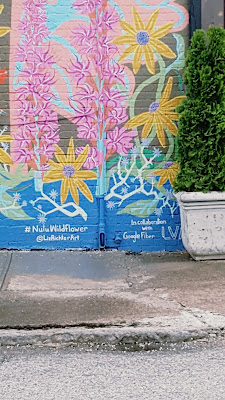 I couldn't see everything in one weekend, so I look forward to finding more reasons to visit Louisville in the future.
Posted by Bree at 7:18 PM