Let me just start by saying that the weather in the Midwest is never consistent.  As I am typing this our heat is off and all of our windows are open because the high was over 50 degrees today.  I ran my long run in capri's.  Last Saturday the high was 22, so it was in the teens with a single digit wind chill when I woke up for the Run for the Chocolate 5K.  When the alarm went off, my fiance asked me if I knew how cold it was outside and if I really wanted to get out and run.  I debated my decision for a few minutes and then I decided to go for it!

The race started and ended at the Bissinger's Chocolate Factory on North Broadway.  I arrived early enough to park in the secure lot behind the building, but there was plenty of parking available on the street and nearby lots.  The good thing about arriving early was that I could see the start/finish line from my car, so I was able to stay in my warm car until a few minutes before the race started. 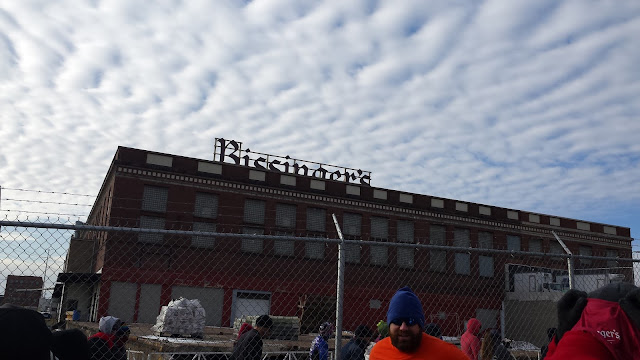 Despite the cold, there were still several hundred participants at the start line, even a few in shorts.  The race started with a slight uphill climb onto Broadway.  Then we went down streets of North St. Louis that I would not feel comfortable driving down alone, but when surrounded by runners on a sunny day, you feel fine.  We then connected to a nicely paved trail that runs adjacent to the Mississippi River.  We even ran by a few of the flood gates, which was interesting to see.  I have also never seen cars smashed down and stacked on top of each other so when I ran past the recycling company, I had to take a picture. 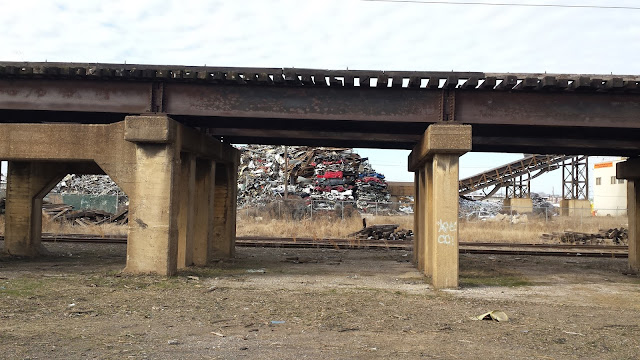 Despite the cold, the sky was beautiful that morning and I managed to capture it in a few photos.

There was another uphill coming back up to Broadway at the end of the race, but then a downhill towards the finish.  As soon as you crossed the finish line, you were given a chocolate heart and water.  Then as you went back towards the parking lot you were rewarded with hot chocolate complete with chocolate covered marshmallows and fondue. 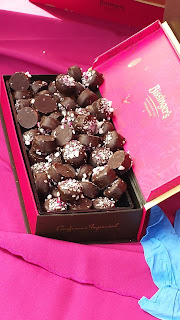 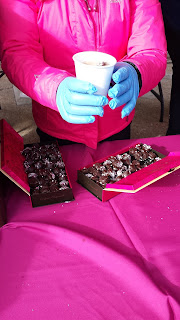 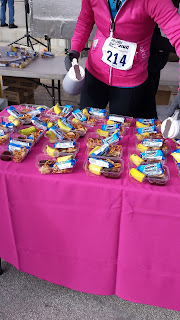 And the swag was pretty "sweet" too. 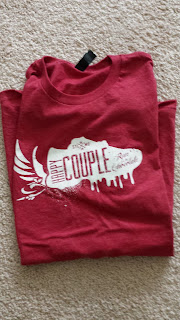 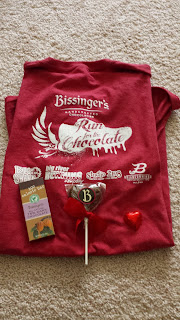 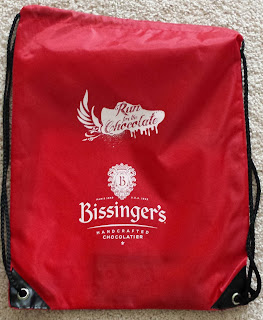 In the end, I was glad that I got myself out of bed and out into the cold for this race.  It was a lot of fun and I got to see some "interesting" sections of North St. Louis.
Posted by Bree at 4:52 PM