After being wait-listed in 2011 for the Disneyland Half Marathon, which was needed to complete the other coast of the Coast to Coast Challenge, I am registered for 2014!  Finally I will earn that Coast to Coast medal.  The Dumbo Double Dare and the 10K have already sold out, just ONE HOUR after registration opened.  I have never been to Disneyland, let alone California so I am really looking forward to it.  I am SO EXCITED! 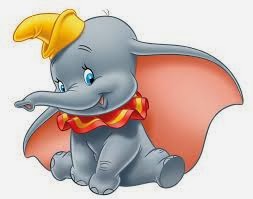 Today was my first day back to working out after the marathon.  I made a deal with my body last weekend that if it just let me finish, I would give it "almost" a week off.  We both kept our ends of the deal.  It was weird coming straight home after work rather than going to the gym and then home.  I also ate like crap all week, felt guilty about it, but continued anyway knowing that I was actually starting my Running Resolution a full week after completing the marathon.

My 2014 Running Resolution is: Train Consistently.  Obviously I would love a new P.R. for the half and full marathons, but I thought that Train Consistently summed everything up, and then I added several goals or milestones to get me there.  Today it began at 7 a.m. in Forest Park.  I joined the Big River Running free training group, along with over 400 other St. Louis area runners.  When I P.R.'d at the San Antonio Rock and Roll half marathon I had been training with a group through Pacers Running Store in DC, so I wanted to give group training another shot.  This was one of the steps I had under my 2014 Running Resolutions: Join a running group to meet other runners and to have a sense of accountability.  When I train by myself I run slower and sometimes get lazy.  I wanted to avoid that and Big River had a free training group, so I signed up!

Another goal or step in the process was getting in better shape.  Big River Running's local competitor Fleet Feet started a weight loss competition this year called Ton of Fun. The initial weigh in was yesterday which will be followed by weekly weigh ins through April 12.  This program cost $50 BUT if you lose 2% of your body weight, you will earn a $25 gift card to Fleet Feet.  If you lose 5%, you earn $50 so you break even.  There are also different levels according to weight lost such as 5k (lose three pounds or more), 10k (lose six pounds or more), etc. all the way up to ultramarathon (more than 26 pounds).  There are prizes for each level as well.  What a great deal!

Another step was to make myself a "regular" at a class or two at the gym.  Right now I am thinking either boxing, kettlebell, yoga, or spin.  That will also start this week as I make my way back into the gym.  I plan to try the different classes and see which is the best fit.  I just enjoy that accountability of being a regular somewhere and feeling like I "have" to be there.

So 2014 is off and running.  I am hoping that the steps I laid out help me meet my overall Running Resolution of Training Consistently.  I hate that feeling of arriving at a race only to feel unprepared and wishing I would have done more.  I want to know what it feels like to be at the start thinking; "I am going to try to P.R. today" all while knowing that it is possible because I have trained hard for it! 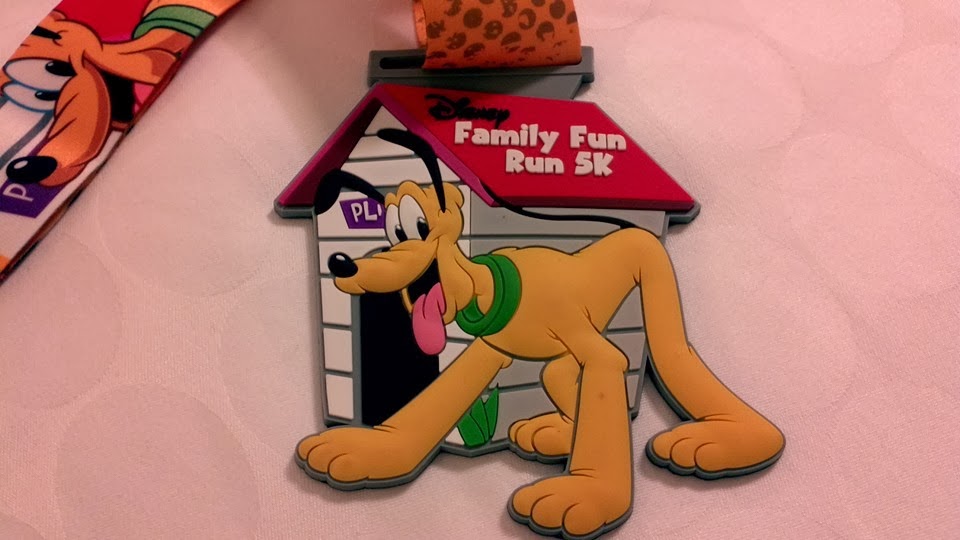 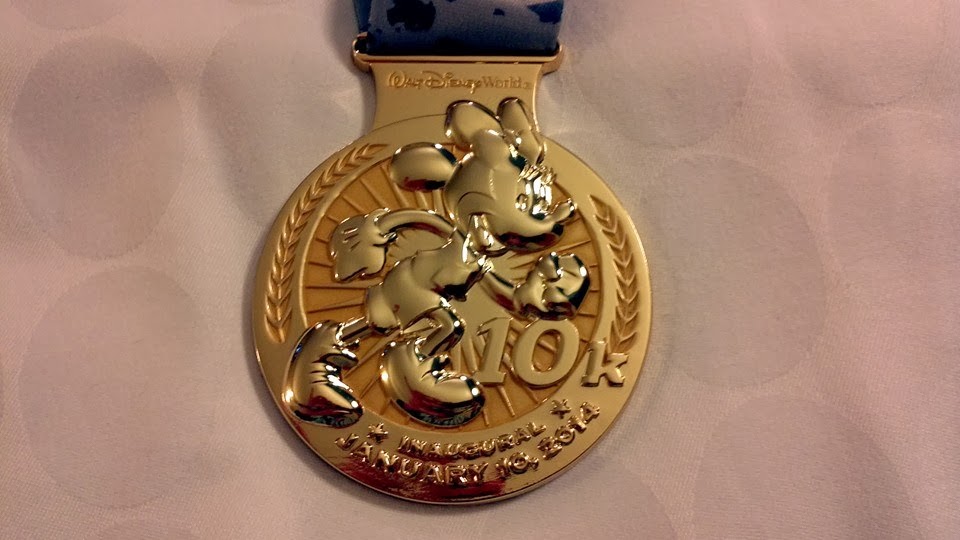 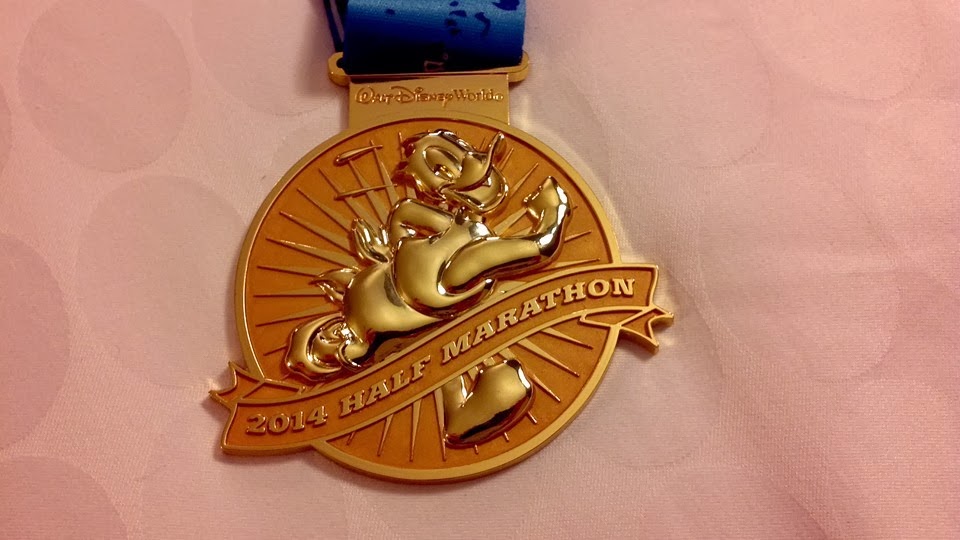 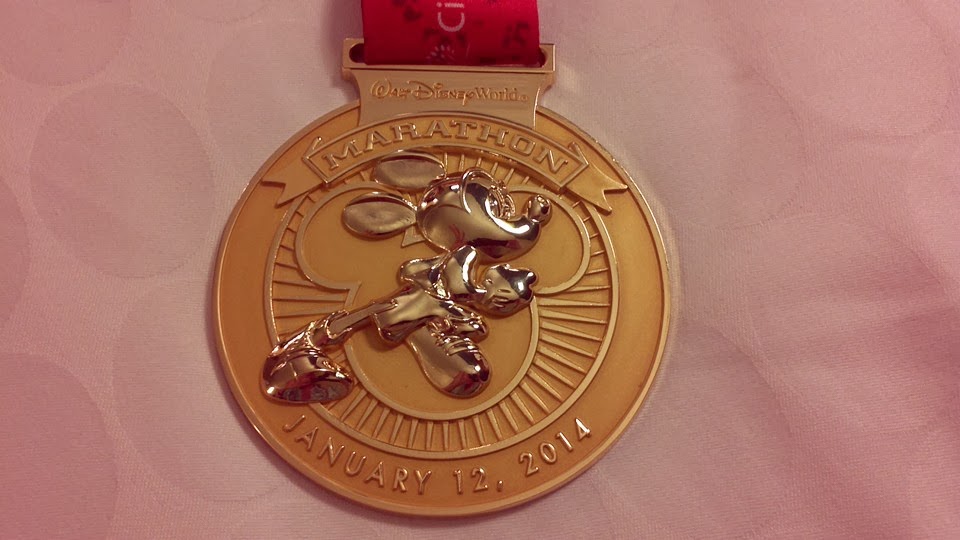 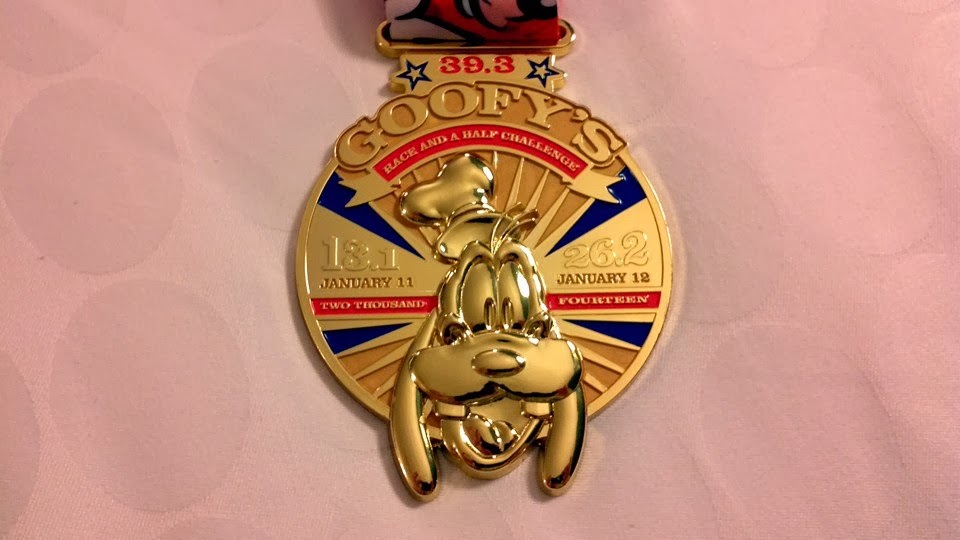 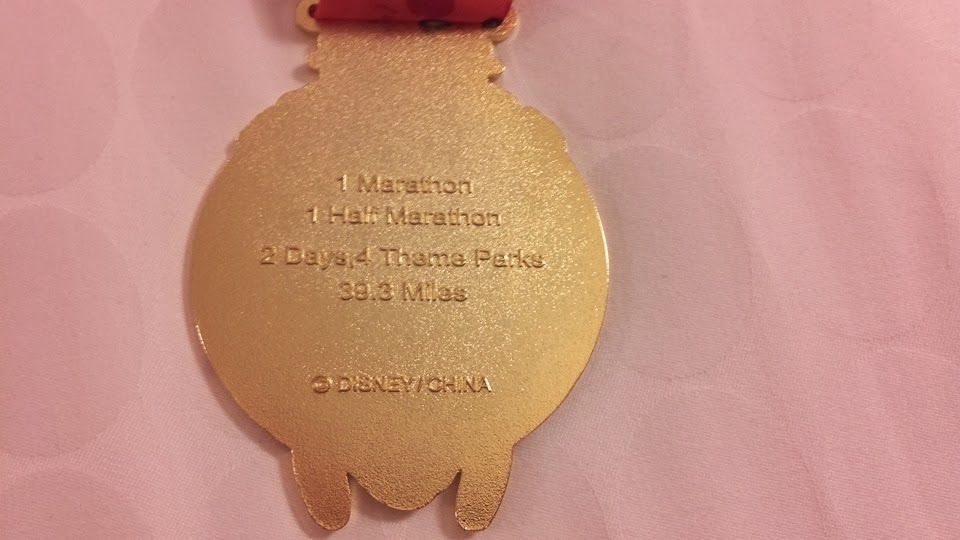 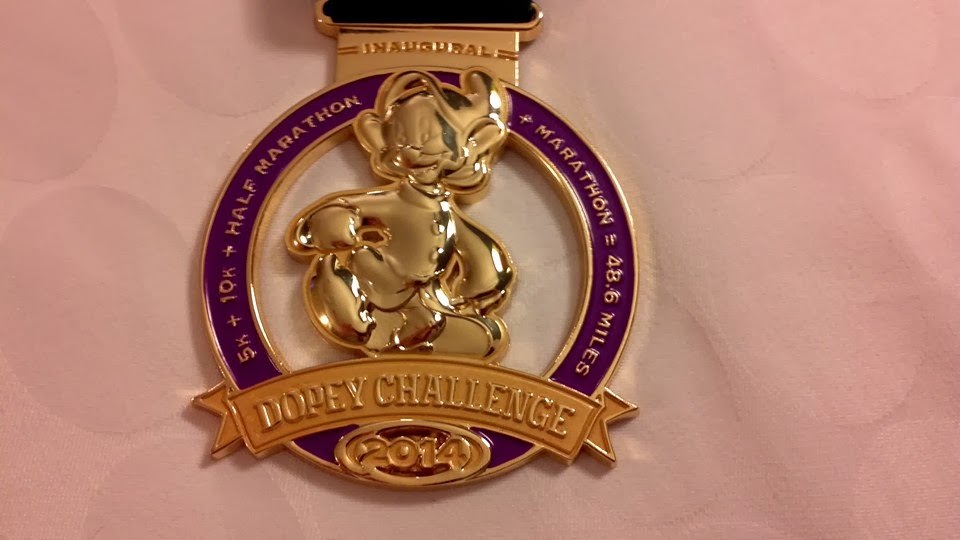 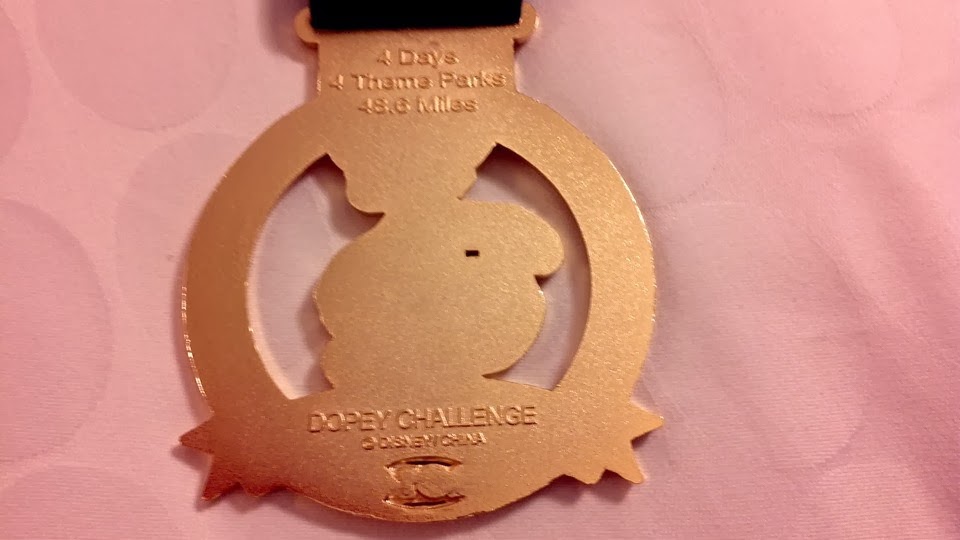 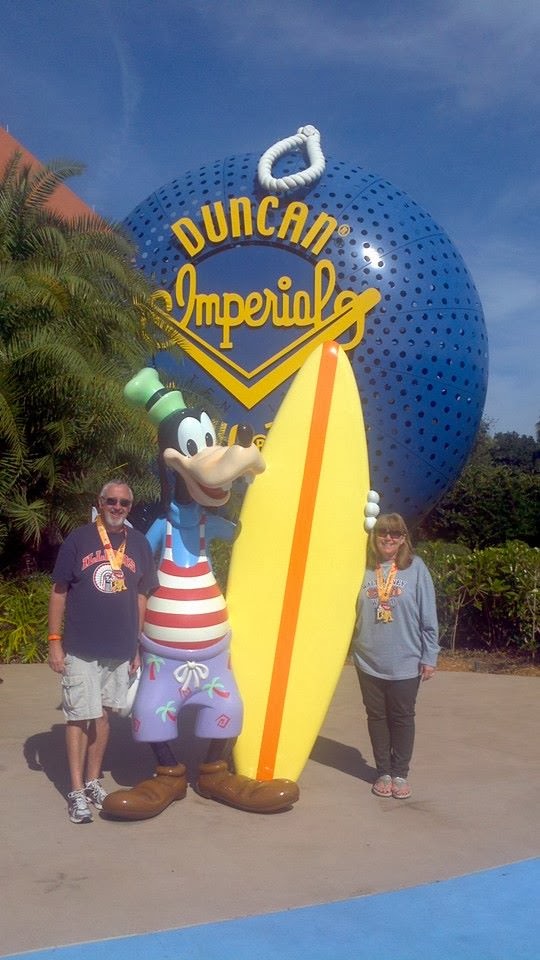 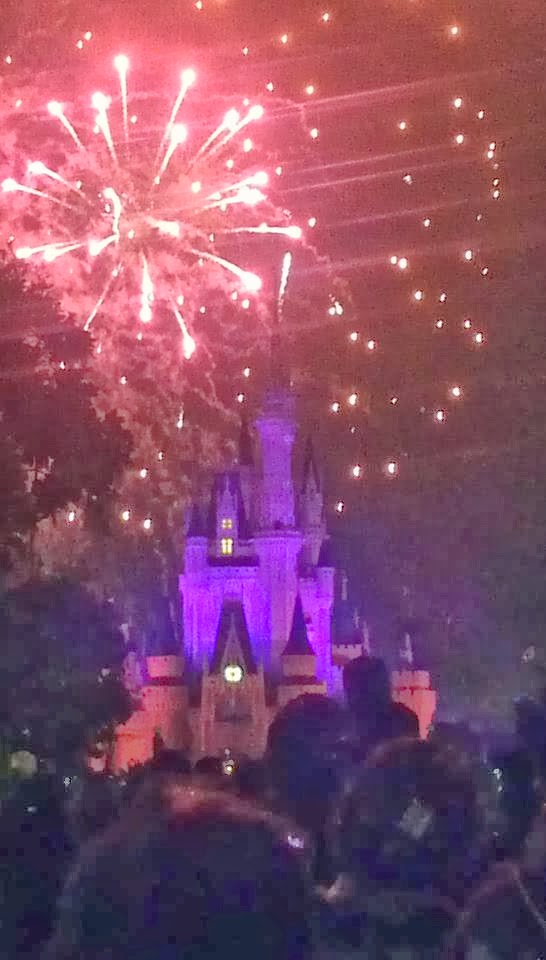 Starting off the 2014 racing season ill

My 3rd marathon is this coming Sunday.  Today is Monday and I leave for Florida on Wednesday.  I have been sick for over a week now.  I started feeling weird in Zumba class on December 28th.  My plan was to run after Zumba class because it was gorgeous outside, which is rare for December in Missouri.  I decided to rest the remainder of the day so that I would be ready for my last long run before the marathon, which was supposed to happen on Sunday.  Sunday came and I felt worse so I told myself and my boyfriend (for accountability purposes) that I would do my last long run on New Year's Day instead.  Monday I called in to work.  Tuesday I went in to work only to be sent home because my boss could tell that I was still sick since I had no voice.  That night my boyfriend and I went to a minor league hockey game and dinner for New Year's Eve but when it came to the champagne, I couldn't drink it because it tasted weird.  New Year's Day was spent resting since I was determined to get back to work on Thursday.  I did not work out, let alone run.

Thursday came and I still had no voice so I opted to work from home, which my co-workers prefer when anyone could be contagious.  Still no workout.  Friday again I worked from home because I still had no voice and I rested, which means no workout again.  I decided I had enough with the over-the-counter medications so I called my doctor and got on Amoxicillin for 10 days.  This means my last day on Amoxicillin will be the day of the marathon.  Luckily I am slowly starting to return to normal, but I am concerned because I have not run in a week and a half and have not exercised at all in over a week. I am not at 100% health-wise and the end of marathon training did not go anywhere near the original plan.  This will also be the first race that I have ever run "medicated."  I should also be honest and say that I am not only running a marathon, but I also signed up for three other races this week as part of a challenge.  So I am planning on telling myself that it is "ok" to walk-run the races in order to finish them and that my 2014 Disney times will serve as a goal time to beat when I attempt the challenge again in a few years.  At least they are having better weather in Florida right now (it is currently -7 degrees in St. Charles, MO).
Posted by Bree at 11:52 AM No comments: